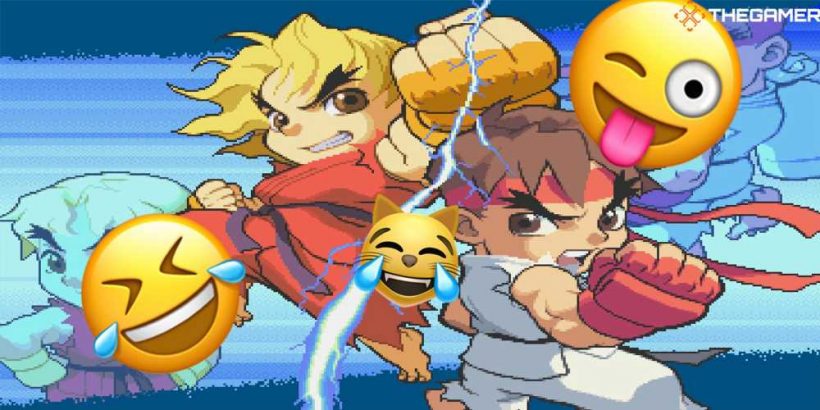 Back in the nineties, Street Fighter-mania swept the world. The Street Fighter franchise had four series running simultaneously (SF3, Alpha, the Marvel Vs. series, and the EX series). Plus, the Capcom fighting game universe was expanding with titles like Darkstalkers and Red Earth. Then, in 1997, Capcom launched a chibi-themed parody fighting game, Pocket Fighter (Super Gem Fighter Mini Mix in the west).

For the sake of conciseness, we'll refer to this title as Pocket Fighter from here on out. 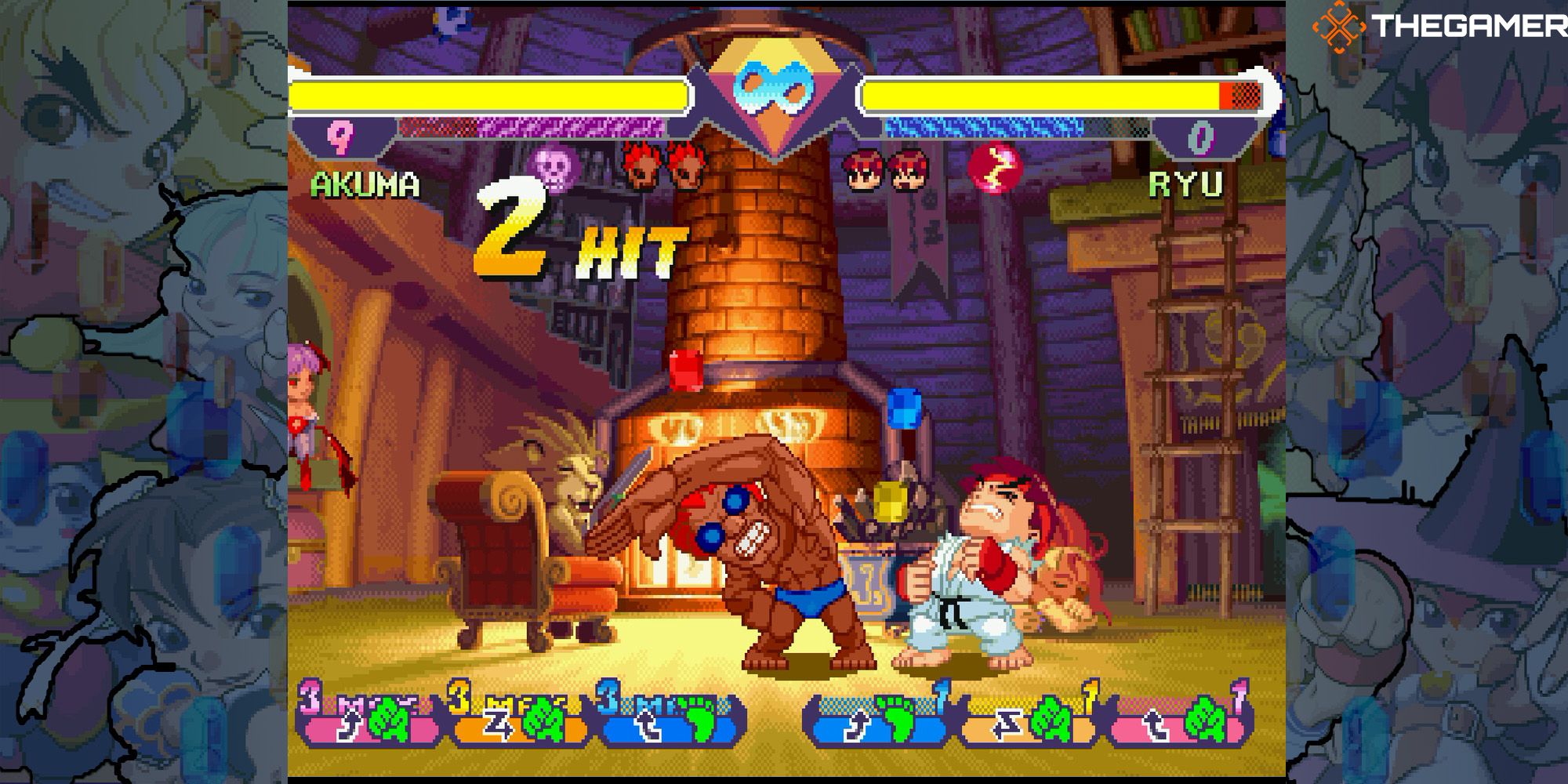 Pocket Fighter's ridiculous flash combos are one of the funniest parts of the game. Furthermore, most of the items on this list are super out-there flash combo moments. Our first moment of note is Akuma's flash combo sequence, where he stretches and Olympic dives into his opponent. 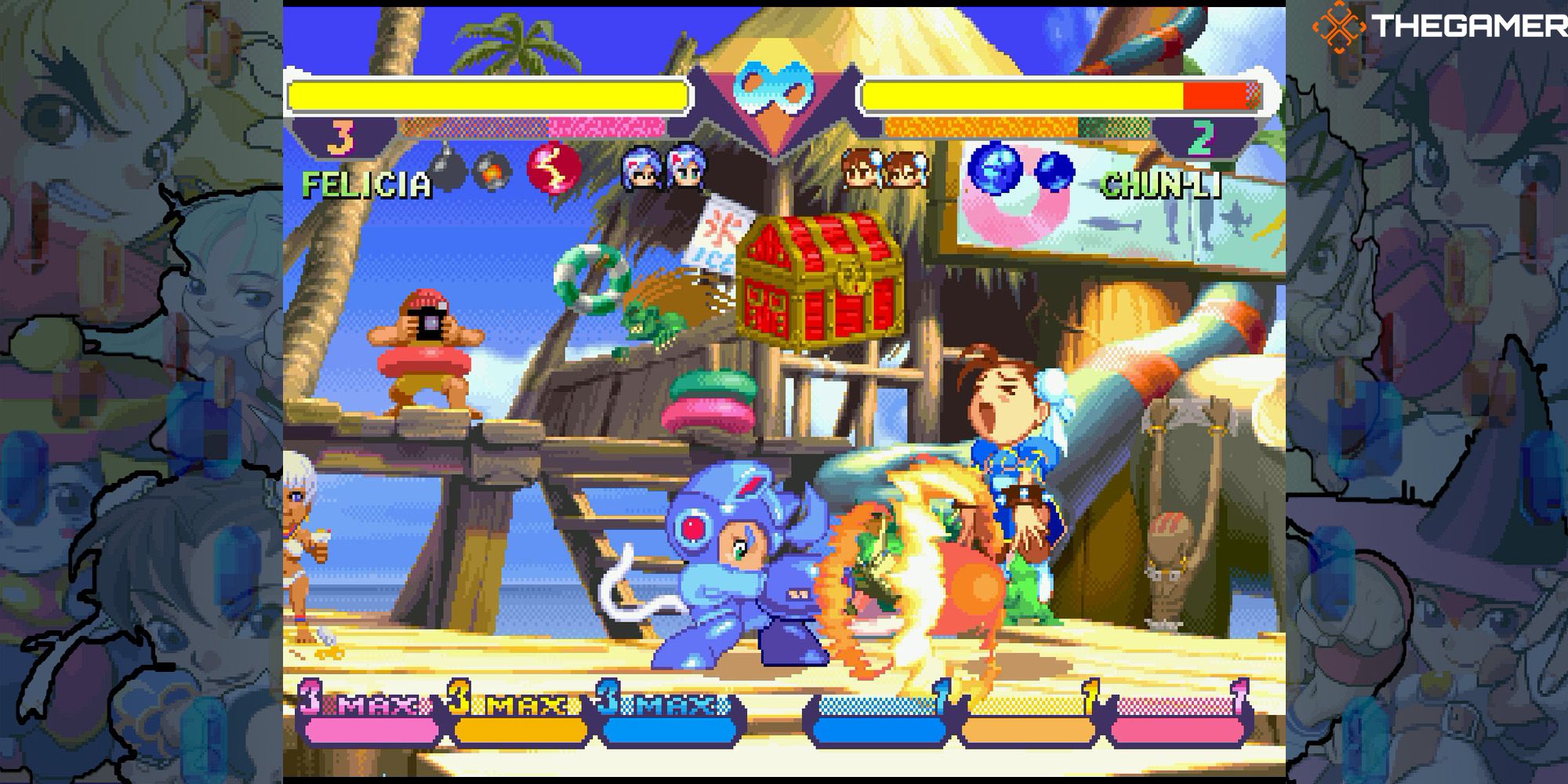 Another significant aspect of Pocket Fighter is that it's a crossover game and a pretty fantastic one at that! However, Pocket Fighter's Capcom references do not end with its diverse fan-favorite roster. On the contrary, this game also has plenty of fantastic Capcom cosplay!

In one memorable cosplay attack, Felicia dons a complete Mega Man outfit and shoots her opponent with her Mega Buster. It's a moment that's equally cool as it is cheeky. However, it also shows a deep appreciation for Capcom's vast IP on the developers' part. 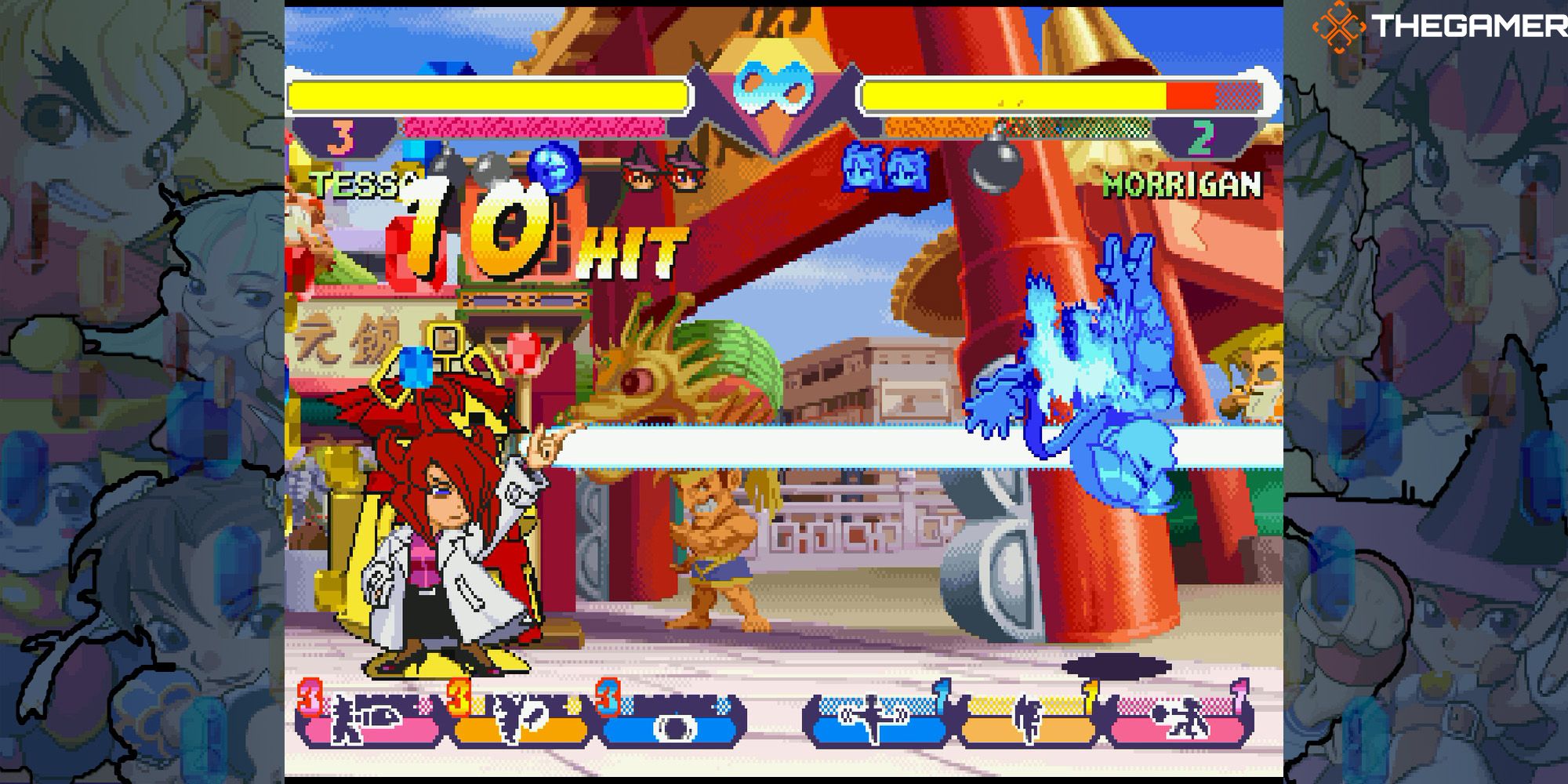 If you thought the inclusion of Red Earth's Tessa in Pocket Fighter was obscure enough, wait until you see some of her mighty combos. Two of them feature a robot version of herself, which we're pretty sure is a reference to the long-forgotten Cyberbots series. We're sure Devilot would have a lot to say.

So what can you do with the Tessa-bot? Well, in one mighty combo, you can pierce an opponent with a super-cool laser beam. However, another mighty combo showcases the Tessa-bot's close-range combat in a punching combo. All these high-tech attacks make us wonder if Tessa would have made a better fit in a sci-fi series rather than the fantasy world of 13XX. 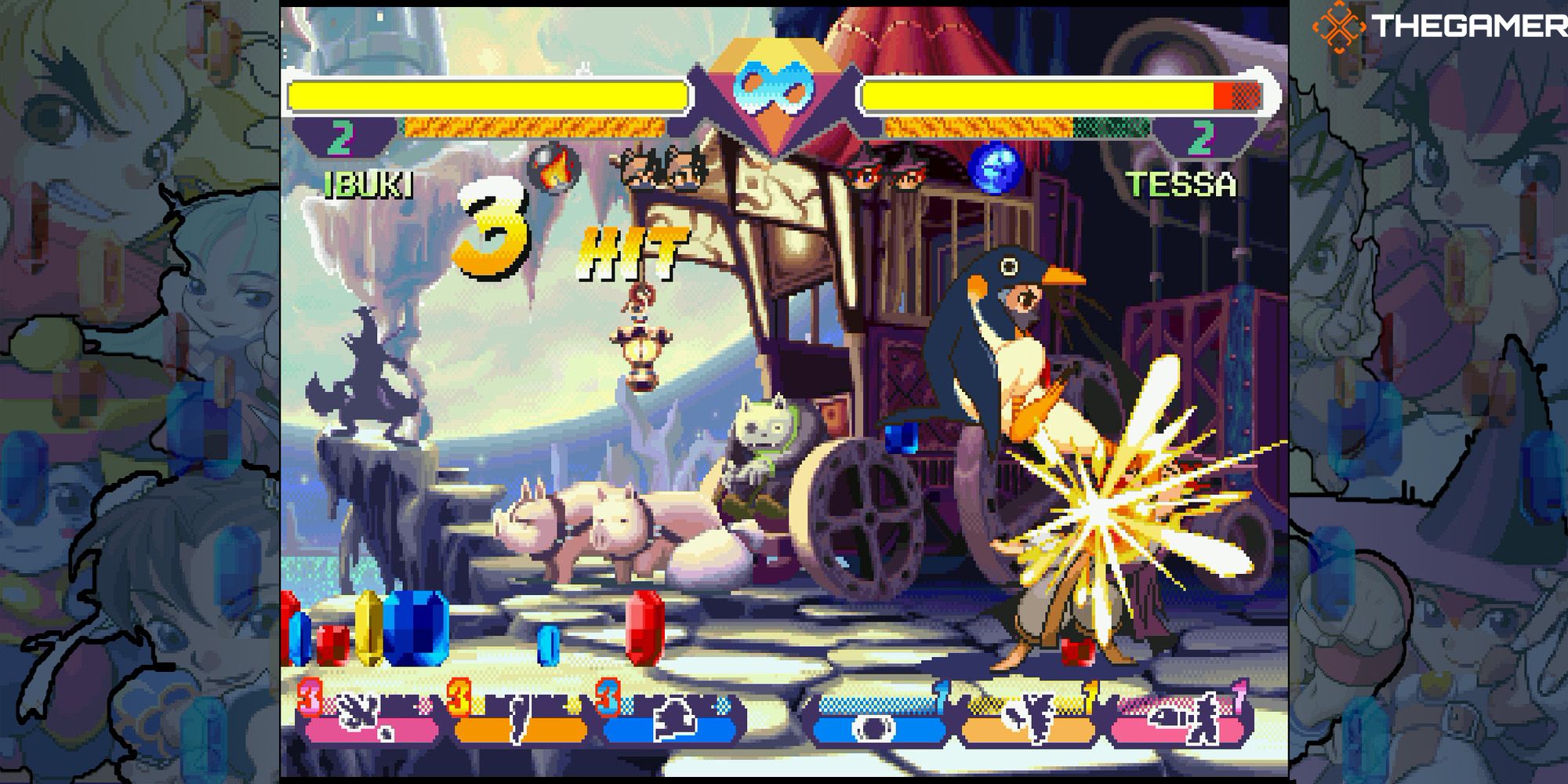 It's a bird! It's a plane! Is it a Prinny? Nah, fam, it's Ibuki! This ninja has plenty of funny attacks in Pocket Fighter. For instance, she sings off-key in Geisha attire, paints up opponents in black ink, and even has an epic Samurai Shodown moment of sorts. Still, this penguin onesie special attack takes the cake.

There's something genuinely hysterical about going into training mode for the first time, trying out Ibuki's move list, and seeing this! It makes you forget that she's kicking the crap out of her opponent in midair. 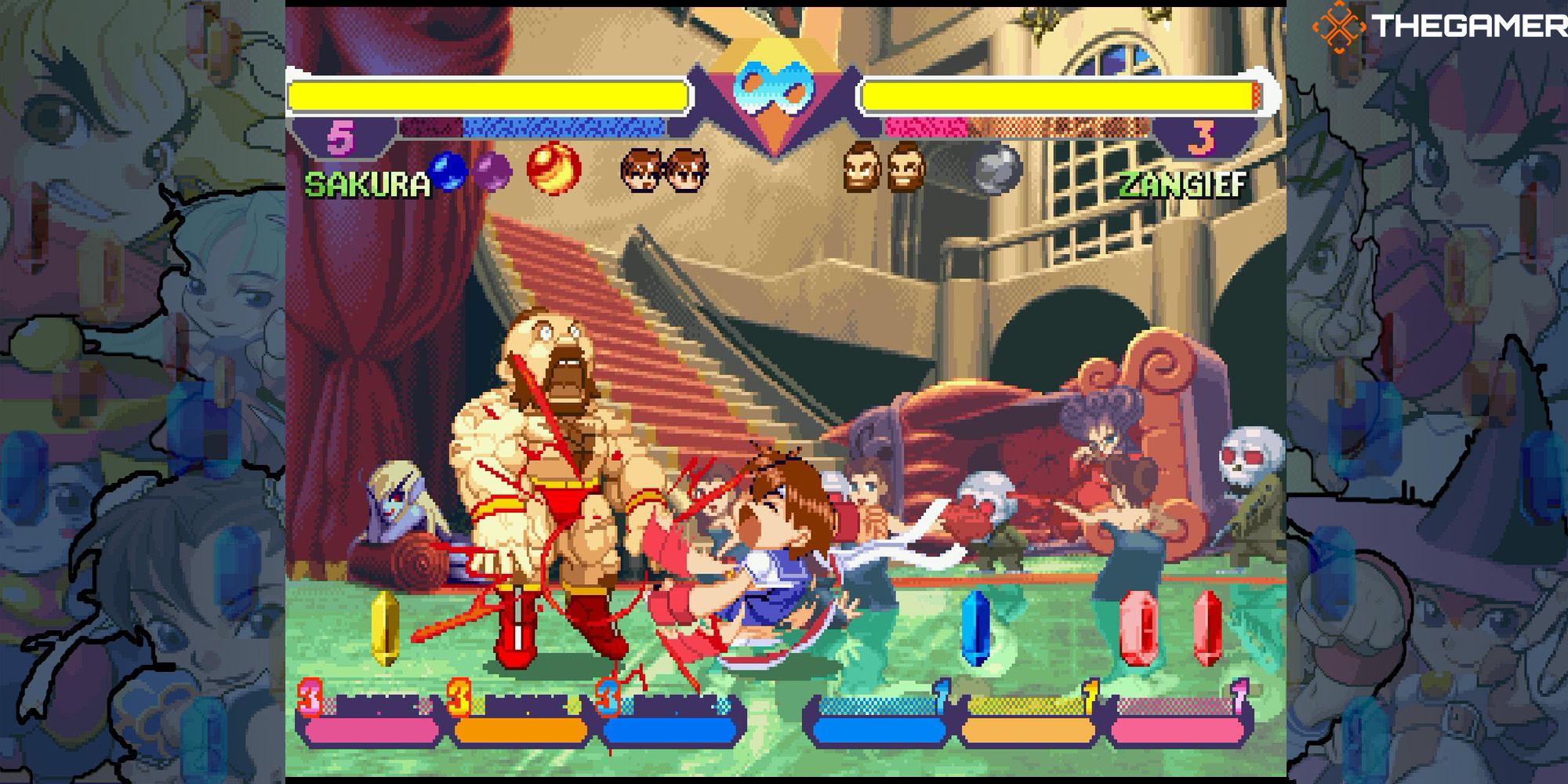 Unfortunately, some Pocket Fighter moments have not aged well. For instance, Sakura has a handful of attacks donning what looks like a Playboy bunny outfit. Of course, considering Sakura is a high school student and likely a minor, these moments are straight-up wrong. If there were one thing about this game we wish did not exist, it would be this.

Luckily, Sakura has more humorous attacks like this one, where she frantically runs and chops into her opponent while screaming like the awkward teenager she is. The animation and voice work alone is so over-the-top and chaotic in the best ways! However, it's also a wonderful moment that is so true to the character. 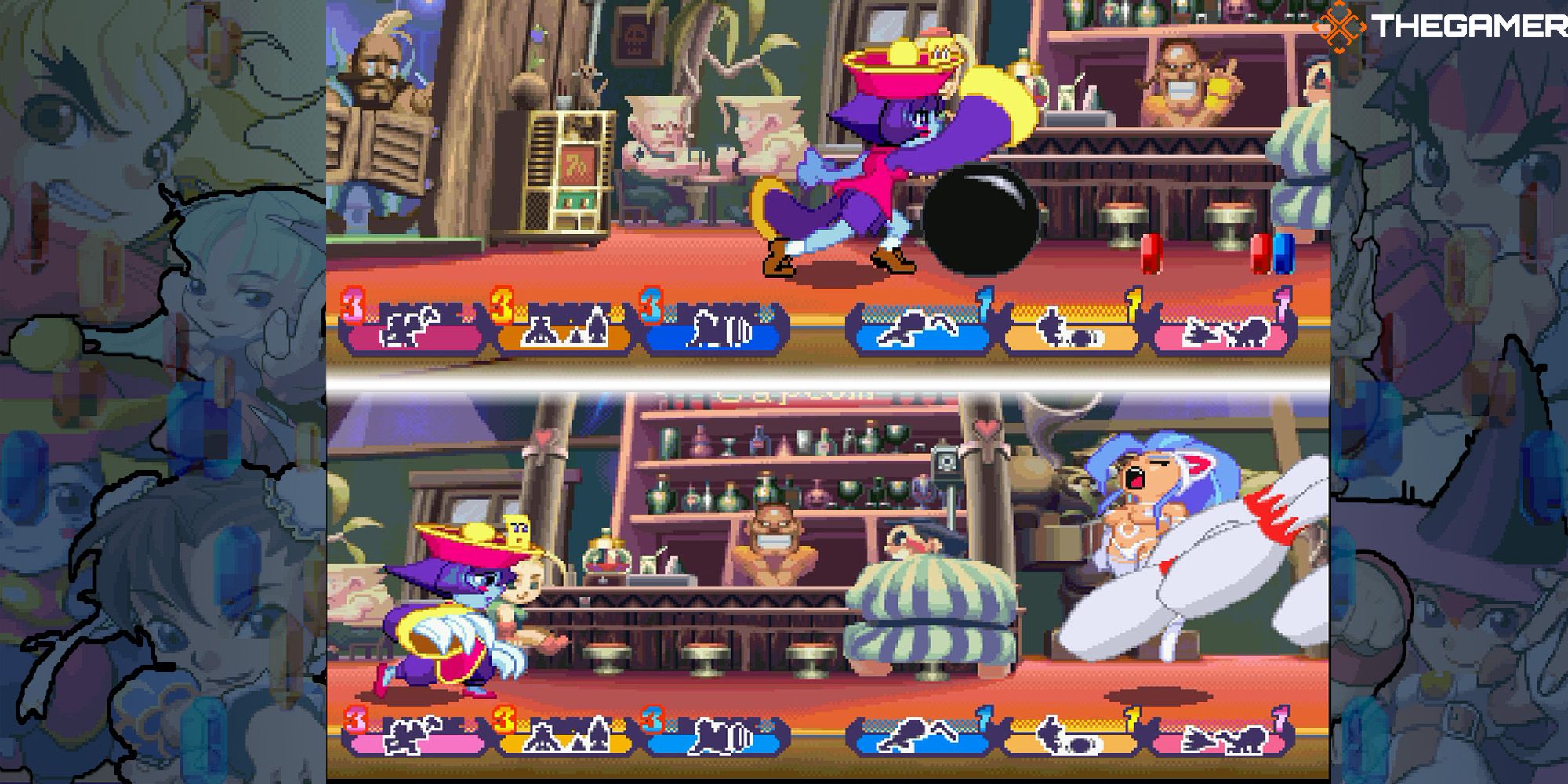 Hsein-Ko does a lot of heavy lifting in Pocket Fighter. Her flash combo attacks include multiple costume changes, including a chef's jacket, pajamas, and even Son-Son cosplay. However, it feels rewarding to figure out the flash combo input required to activate this moment!

Turning your foe into a bowling ball is entertaining on so many levels. First of all, the randomness of this attack will take you by surprise. Second, it provides a great moment of schadenfreude, especially when you're fighting against a formidable AI or human rival. Also, how cool would a Super Pocket Bowler 2 Turbo game be? So, Capcom, let's make this happen! 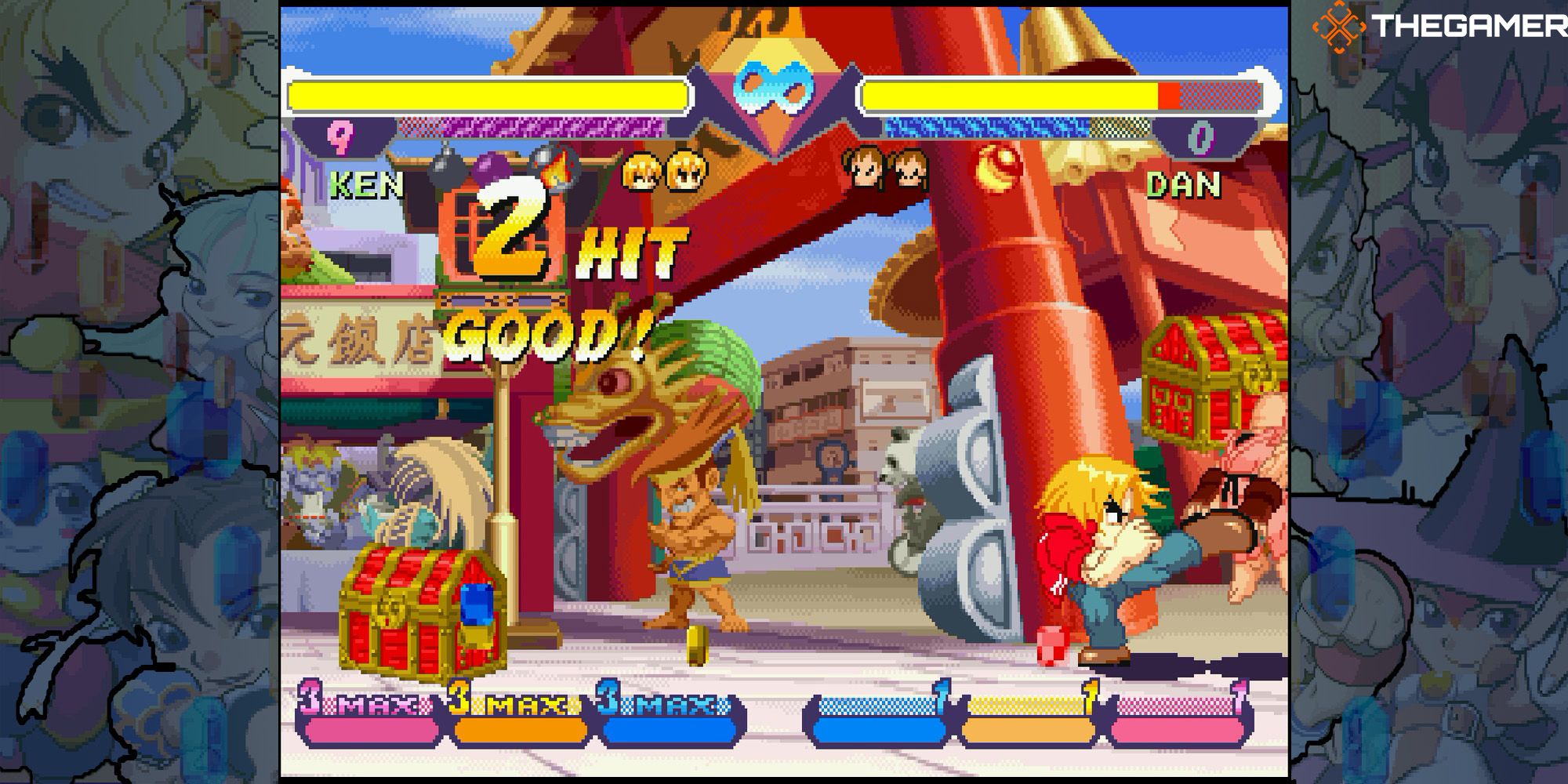 Picking a favorite Ken moment in Pocket Fighter was hard. That's because he has a lot of brilliant costume-changing attacks. For instance, he turns his opponent into a soccer ball in one flash combo and kicks them around the stage. Ken also has a knockback attack where he rides a horse in ranch handler attire and kicks his opponent in the face. However, this shady parody takes the cake!

The friendly rivalry between SNK and Capcom has been a gaming tradition for years. After all, there's so much crossover between their employees, and the two share multiple crossover titles between them. So to see this Ken sprite and realize he was likely impersonating Terry Bogard had us cackling! What a clever easter egg! 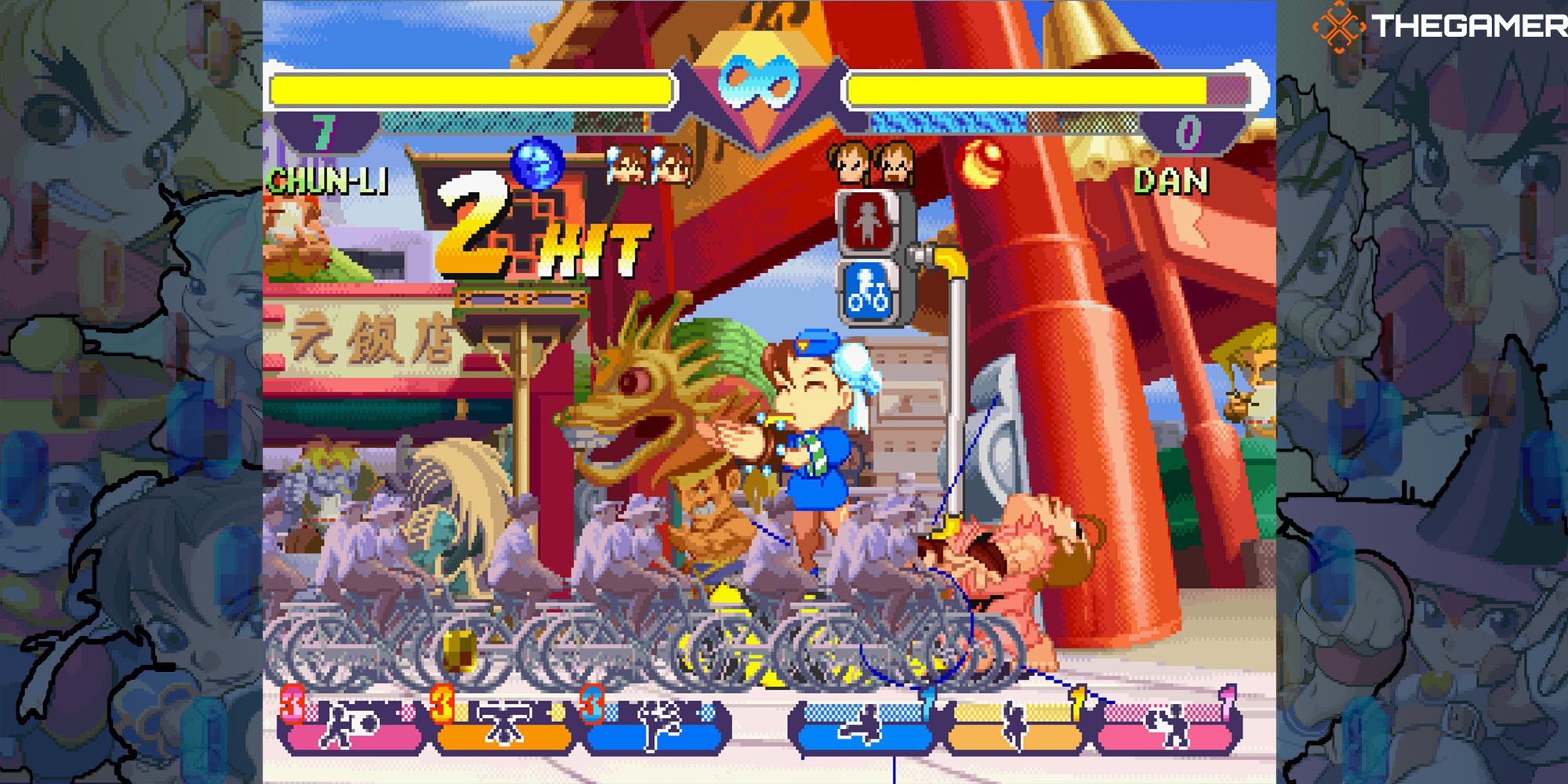 We all knew Chun-li is a cop, but a traffic cop? Well, Pocket Fighter put it out there, and we're accepting it as canon! Chun-li's Cycle Crush Mighty Combo is one of the funniest moves in the game and one of the most satisfying to pull off.

We'll break this move down for you. First, Chun-li blows a traffic whistle. Then, a podium drops from the sky, knocking down her opponent. After that, Chun-li changes into a spiffy traffic cop skirt and gleefully encourages a mob of cyclists who mercilessly run over the unfortunate fighter. In short, it's the peppy non-sequitur beatdown for us. 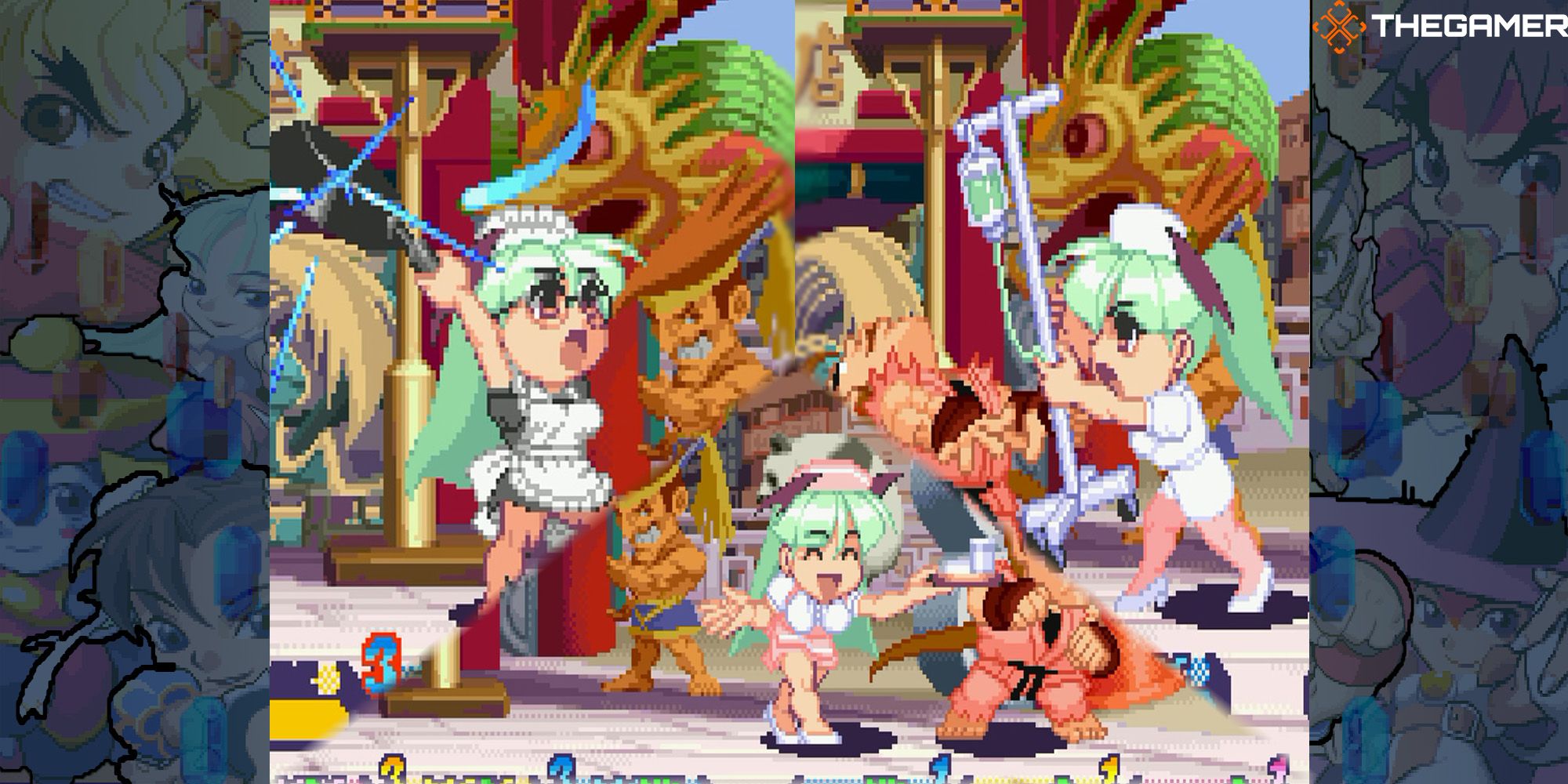 There are many reasons why Morrigan is one of Capcom's fan favorites. Yes, of course, her sensuality is a big sell for many. However, we would argue that her tongue-in-cheek nature is what makes her stand out. Capcom must have thought so as well because they used Super Puzzle Fighter 2 Turbo and Pocket Fighter to showcase Morrigan's inner ham.

Therefore, we're declaring Morrigan our runner-up funniest part of Pocket Fighter. She portrays so many characters in this game that she could make a one-person sketch comedy troupe. There's the clumsy maid, pushy nurse, and peppy restaurant server, to name a few. However, she also nails impressions, like Dan Hibiki, with ease. So, Morrigan, when are we seeing you at the Comedy Cellar? Your fans need to know!

1 Dan. Literally. Everything About Dan. 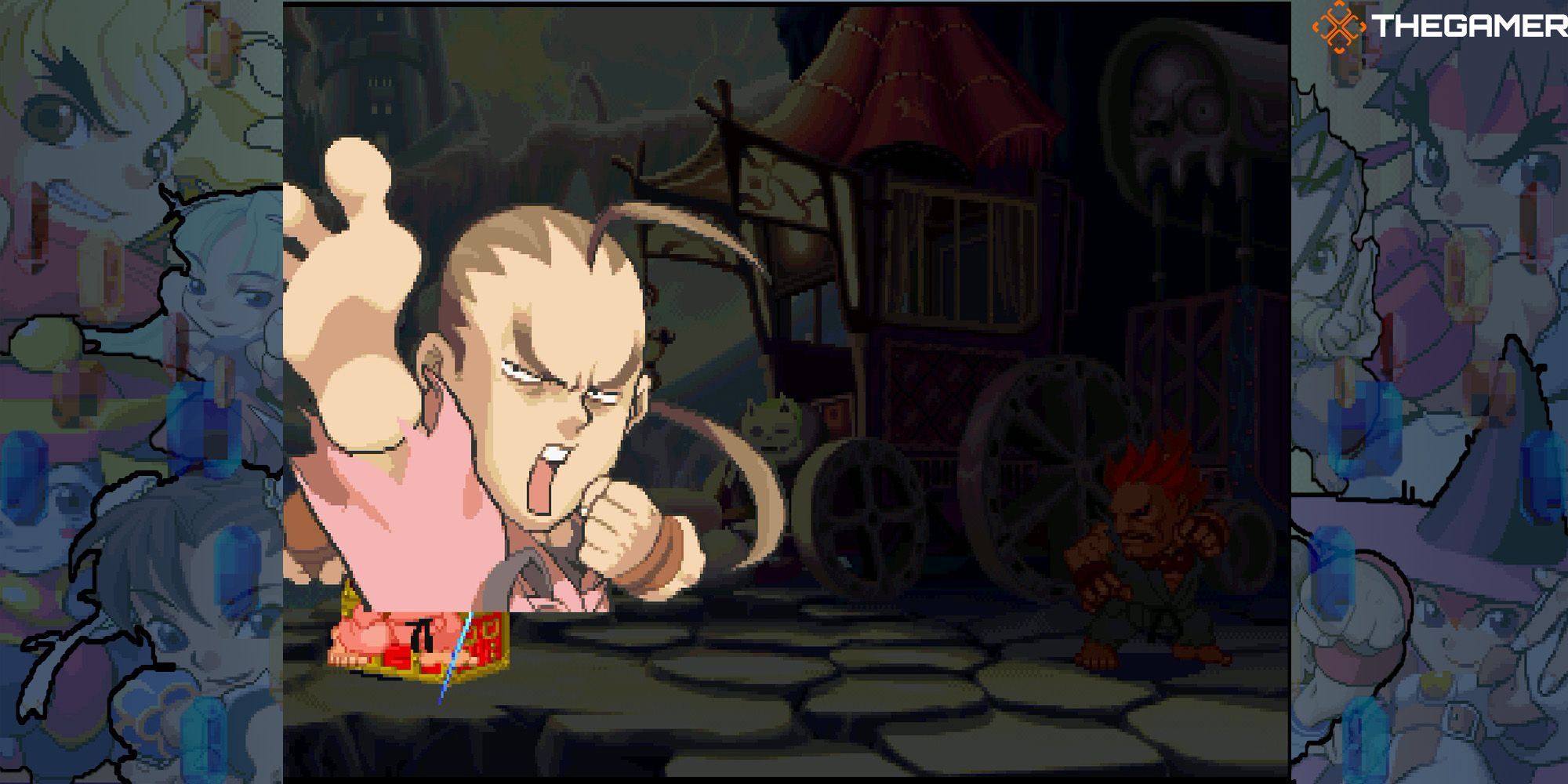 Pocket Fighter, even more so than its predecessor Super Puzzle Fighter 2 Turbo, is a parody game. In turn, this game would not have the legs to stand on without the ultimate parody fighting game character, Dan Hibiki.

Most of Pocket Fighter's cast hams it up, with Ryu being one small exception. However, all of Dan's attacks, even the intentionally comic ones, are so genuine and committed that it elevates the humor of this game to a much higher level. Even Dan's Legendary Taunt gets ramped up to eleven, proving to us that Dan's character is one of gaming's most illustrious clowns. And we mean that as the highest compliment.

So, without further ado, here are the many faces of Dan Hibiki: Master of the Saikyō-ryū and our favorite part of Pocket Fighter! 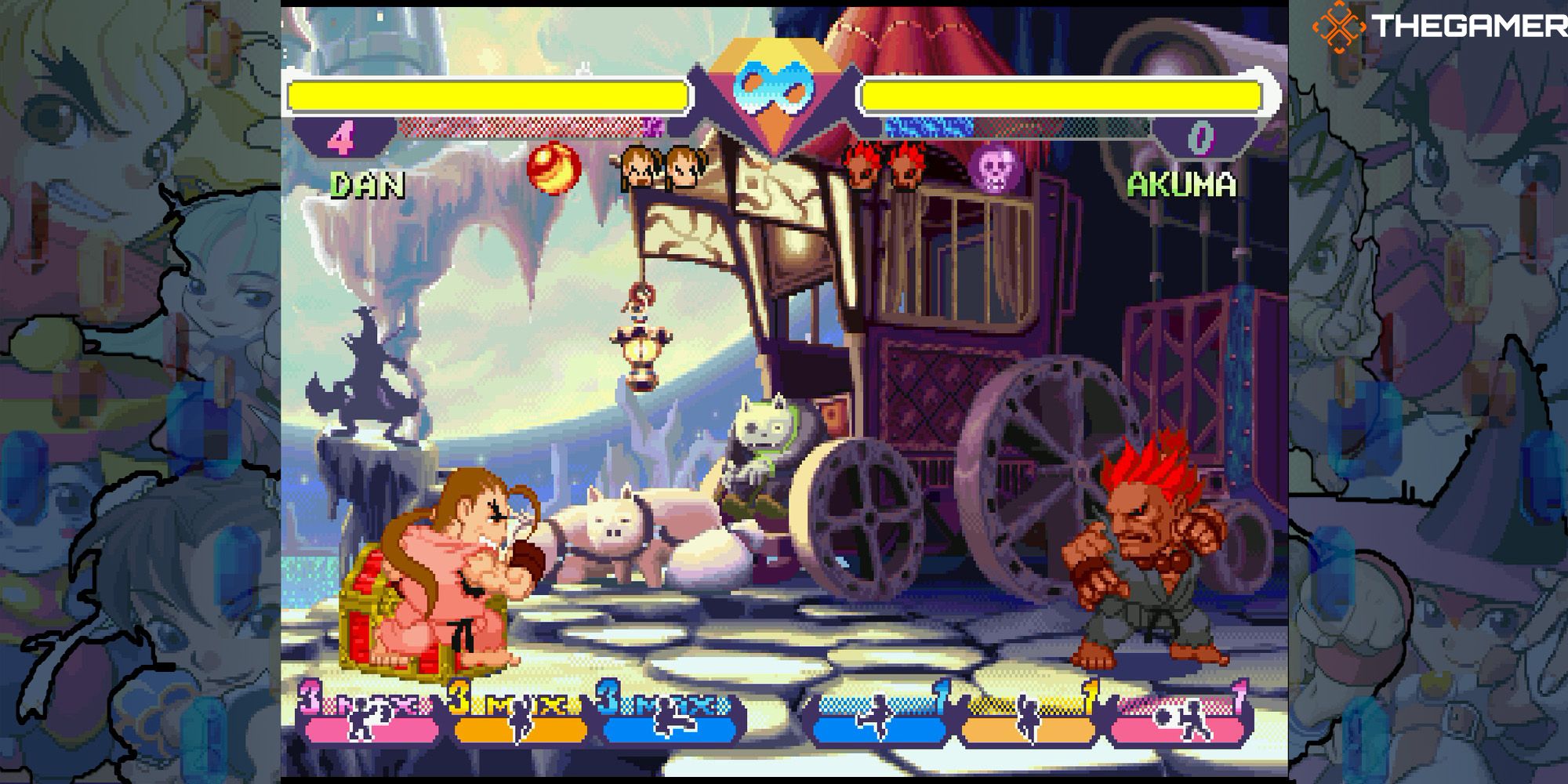 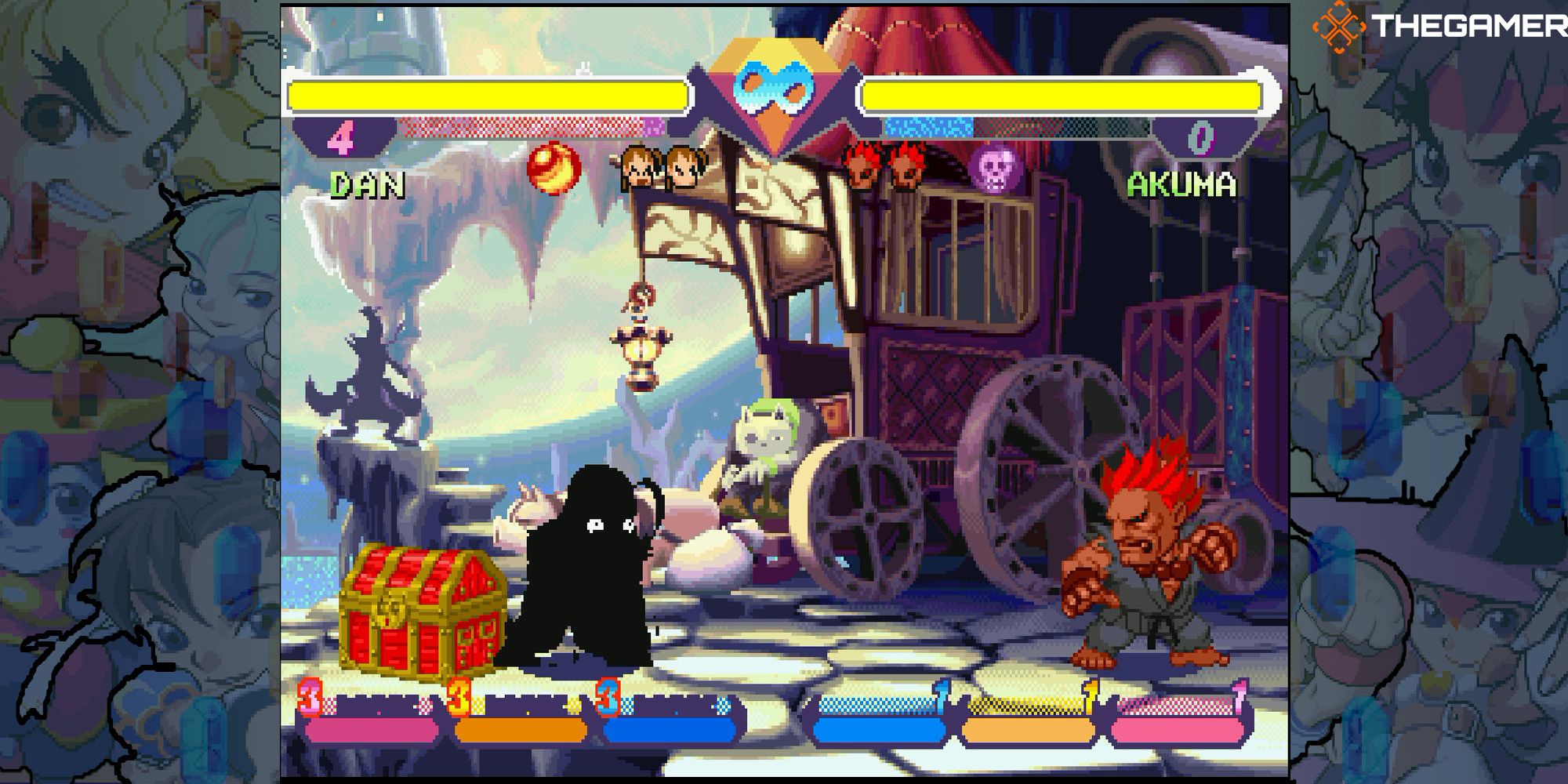 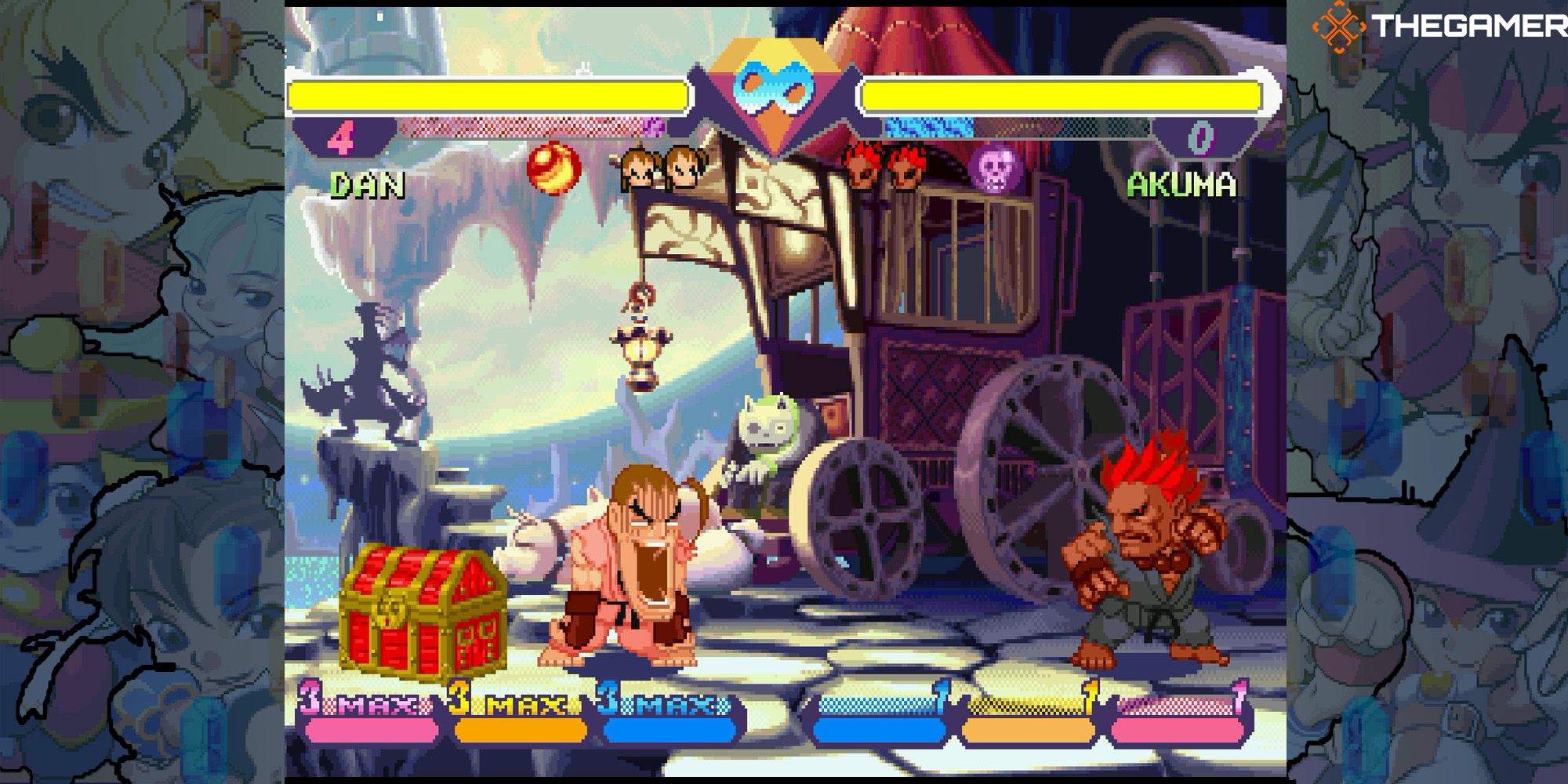 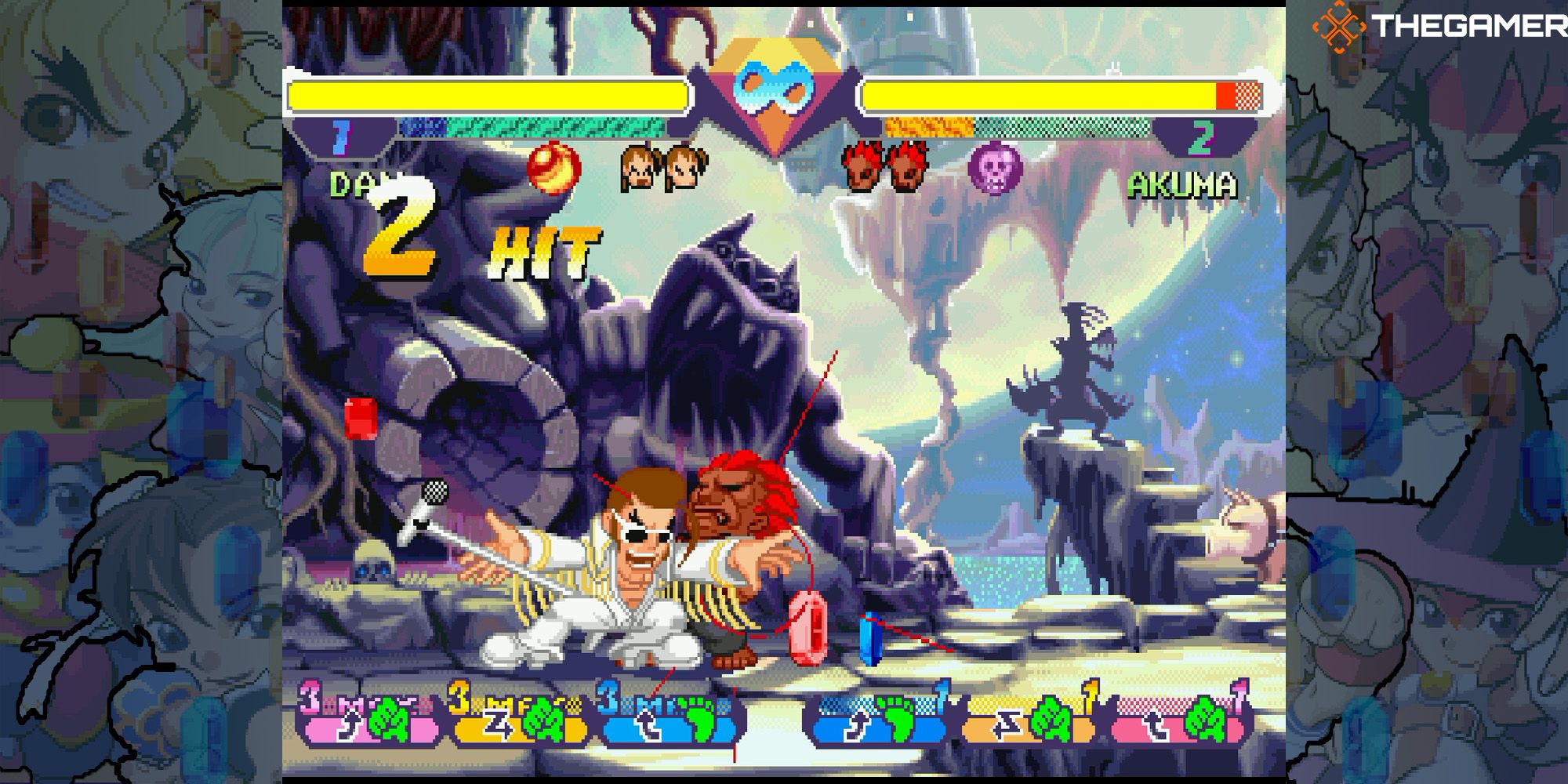 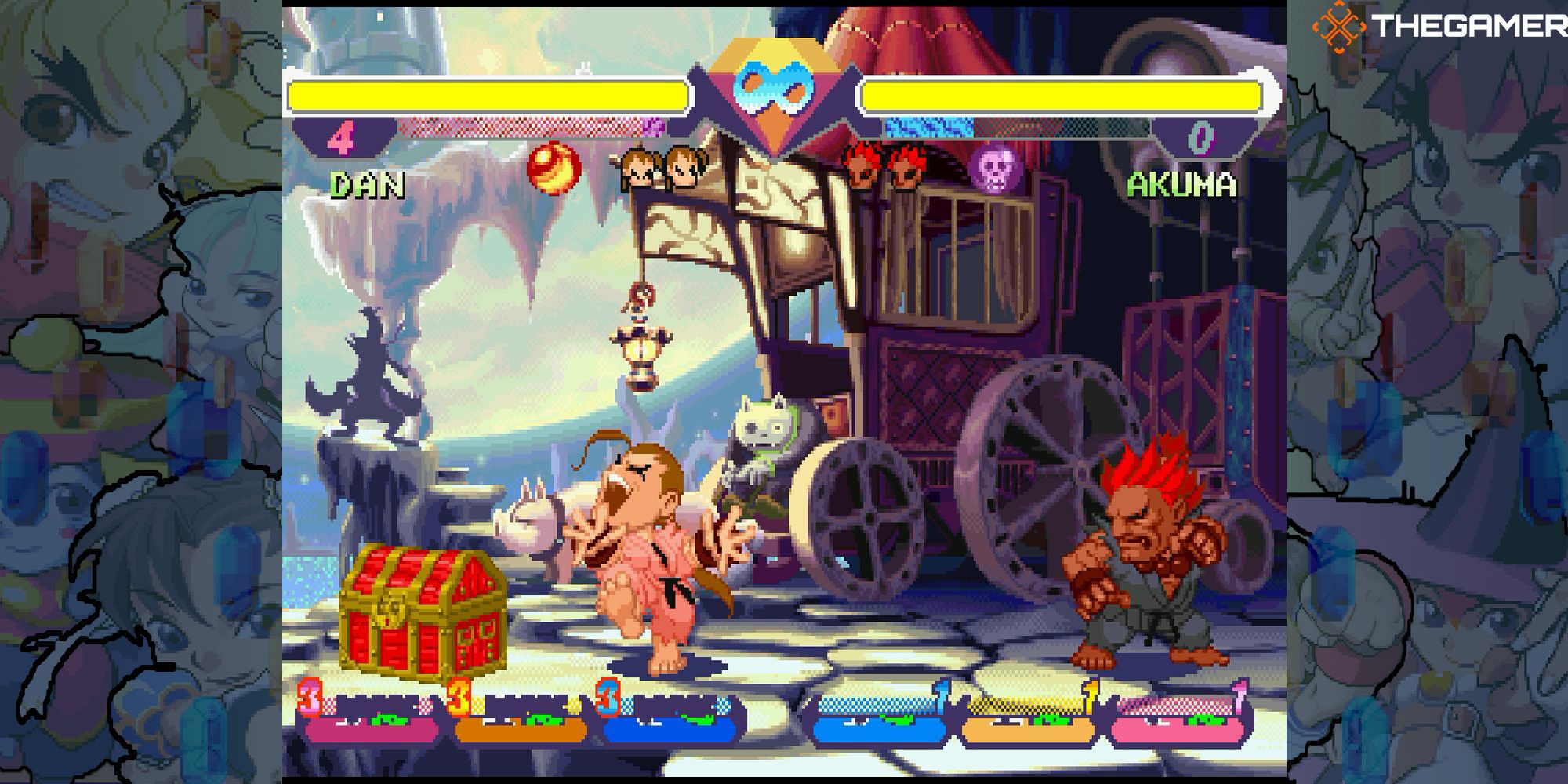 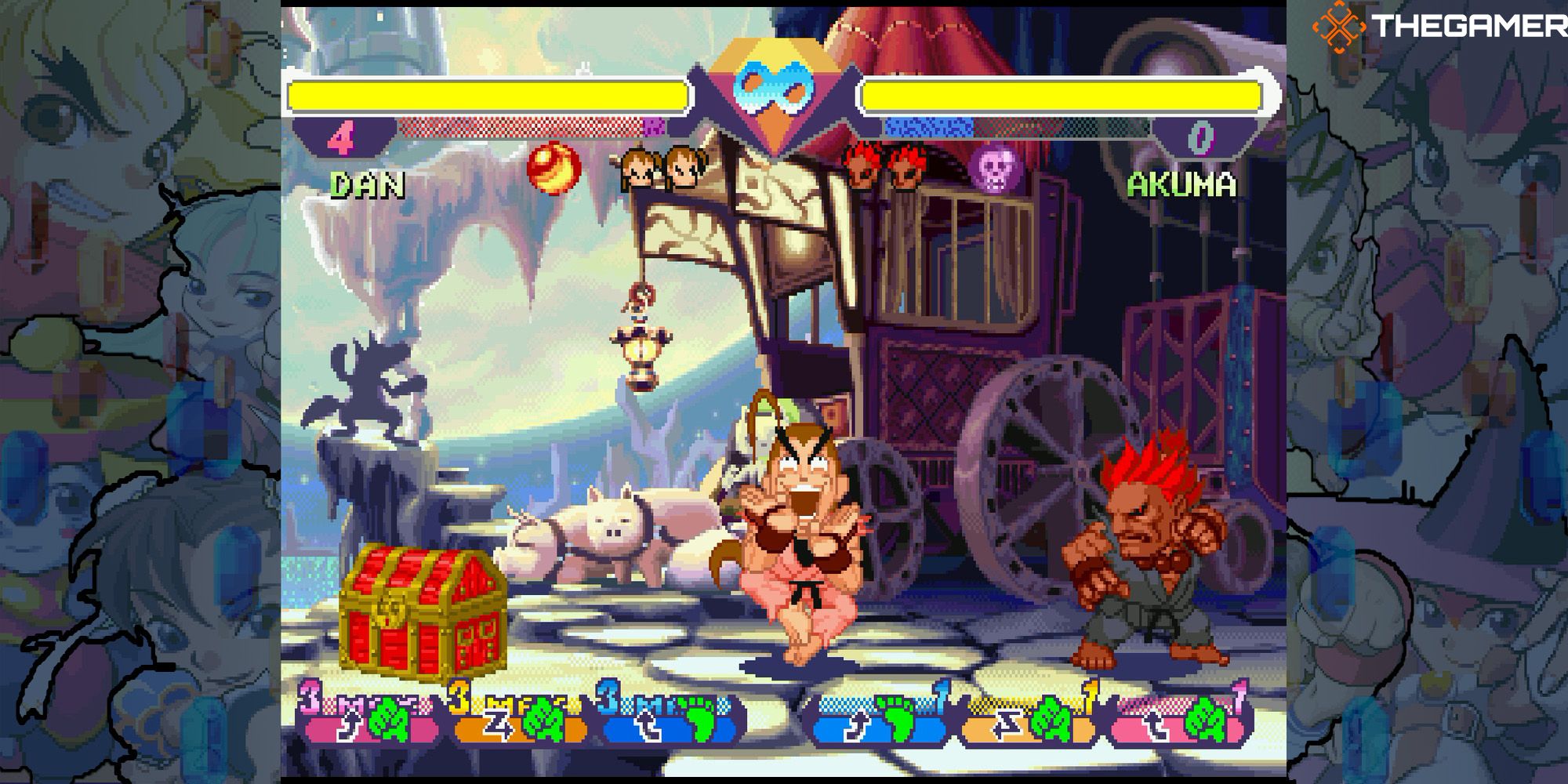 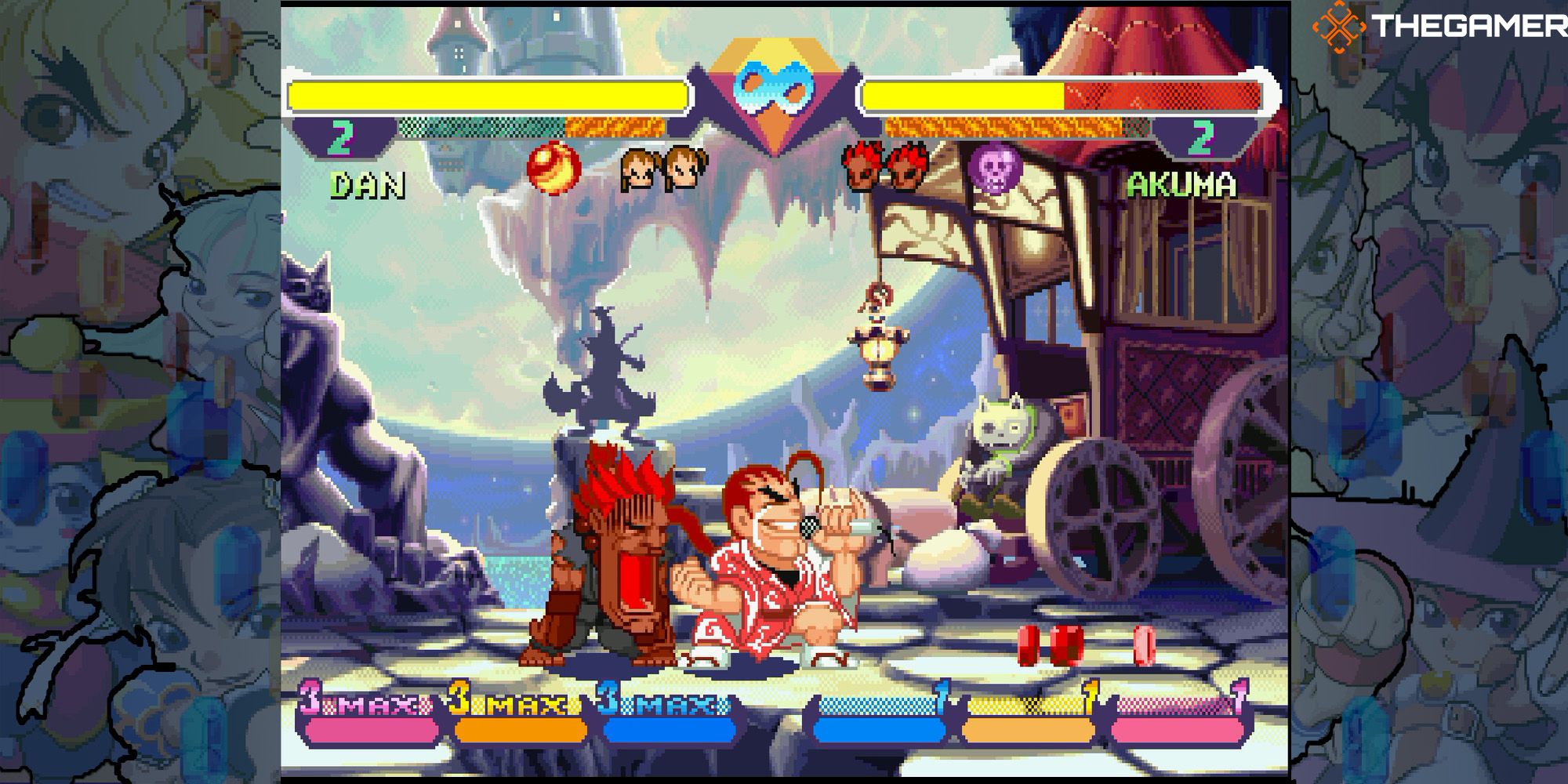