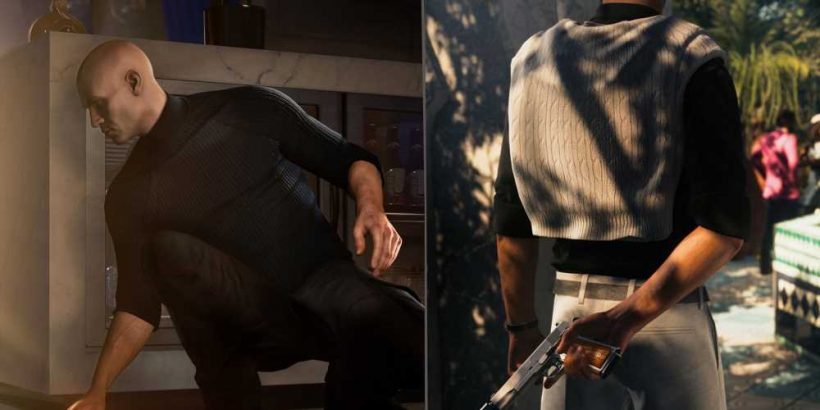 With Hitman 3 now in its second year, we can only imagine the slew of new and interesting scenarios developer IO Interactive will (hopefully) throw at us. With new levels, modes of gameplay, and items on the docket for the future, IOI is feeding us even more new content for our hungry gamer hearts to enjoy.

The addition of new items, however, may be a bit intimidating – after all, there are so many items in the game as it is that it can be difficult to work out which are the best ones to try to obtain and bring with you into levels to up your assassination game. We've narrowed down the best of the best to help you prepare for what's to come for Hitman 3 this year. For the sake of players, we're only including items that can be obtained by the Hitman 3 core game, not including DLC or imports from the previous games of the trilogy. 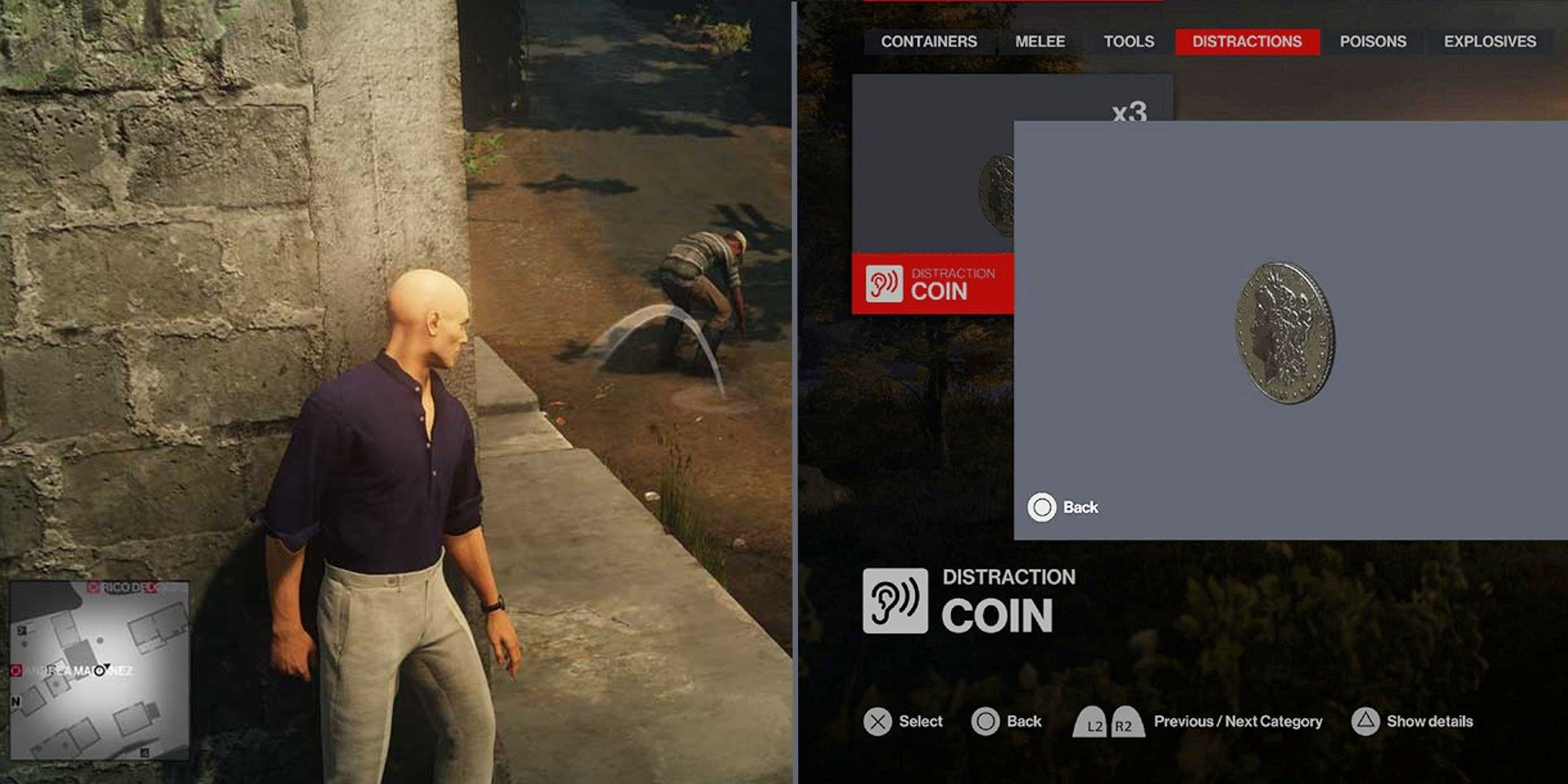 There's a reason coins are an item on the default equipment load out in Hitman 3: for something so small and easy-to-find in many levels, they pack a massive punch.

Primarily, coins are used as distractions; tossing a coin near an NPC will cause them to leave their position to go investigate the mysterious noise, then pick it up – thereby providing the perfect opportunity to knock them unconscious and take their disguise. If only coins in real life had so much power. 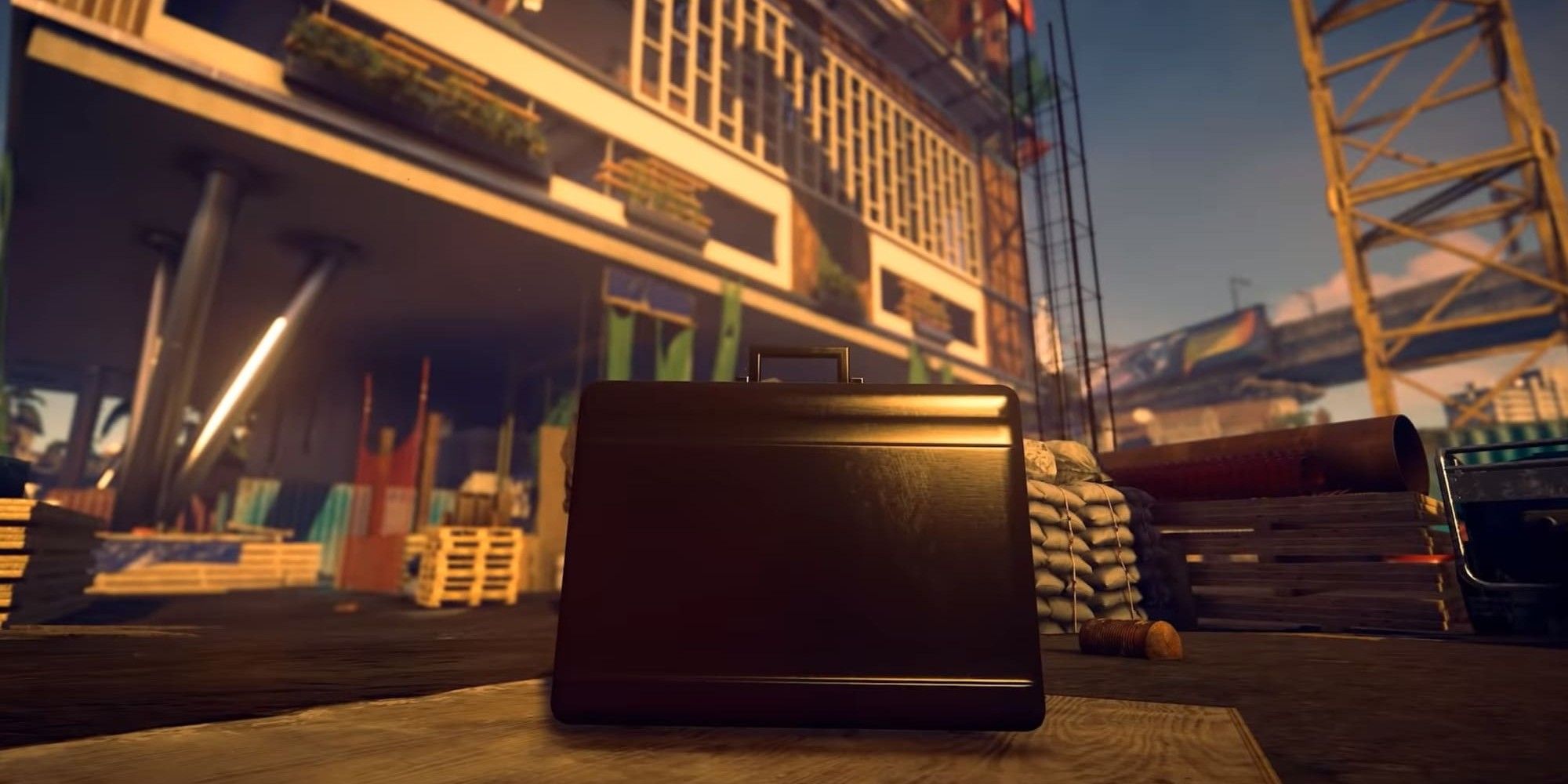 On their own, briefcases aren't that big of a deal. It's a melee item that can knock out NPCs, sure, but there are a million other items in the game that can do that! But what makes the briefcase so important is that it can stash weapons, including sniper rifles. Sniper rifles are great for taking targets out from afar without being seen, but carrying them, even in an apropos disguise, will raise suspicion from any other NPC in the game.

The briefcase's purpose is twofold: you can bring along a powerful weapon stealthily and have a free melee item on top of it. Two items for the price of one? We'll take it. 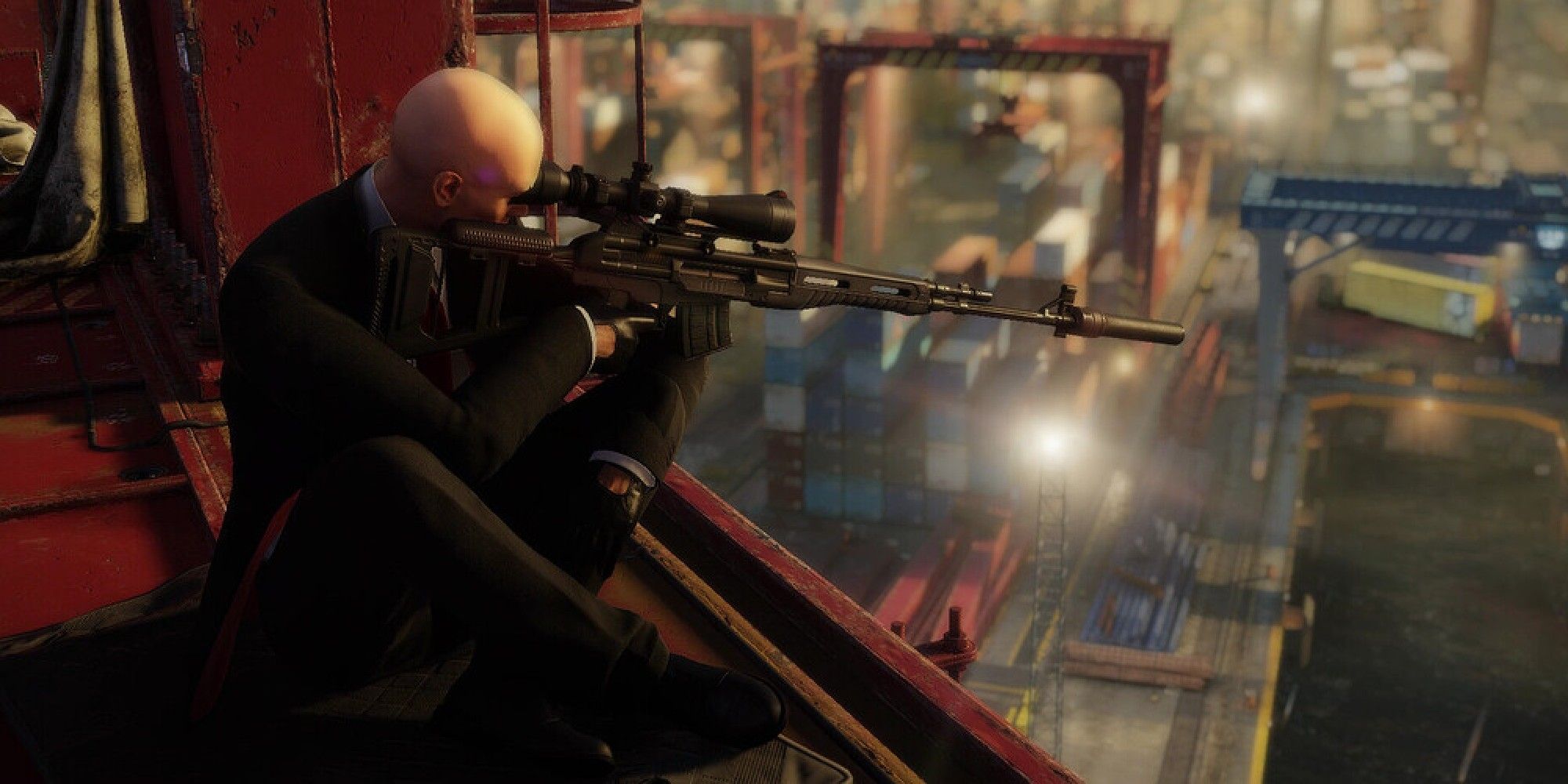 The best item to stash inside the aforementioned briefcase is the second-best sniper rifle in the game: The Hackl Leviathan Sniper Rifle Covert. This sniper rifle is top tier: it uses subsonic rounds, making the rifle incredibly quiet, and contains up to four levels of zoom. You can also tap your right trigger button to slow down time, making it that much easier to get the shot. The Hackl Leviathan can be unlocked in Hitman 3 by achieving Mastery Level 20 in Chongqing.

Unfortunately, this sniper rifle is only second best in the game – number one goes to the Sieger 300 Ghost, which, for now, is only obtainable by also owning the Hitman (2016) DLC and completing "The Cheveyo Calibration" from the nighttime Marrakesh level, A House Built on Sand. Still, the Hackl Leviathan is a worthy second-best. Here's hoping the Sieger 300 Ghost becomes unlockable in Hitman 3 this year. 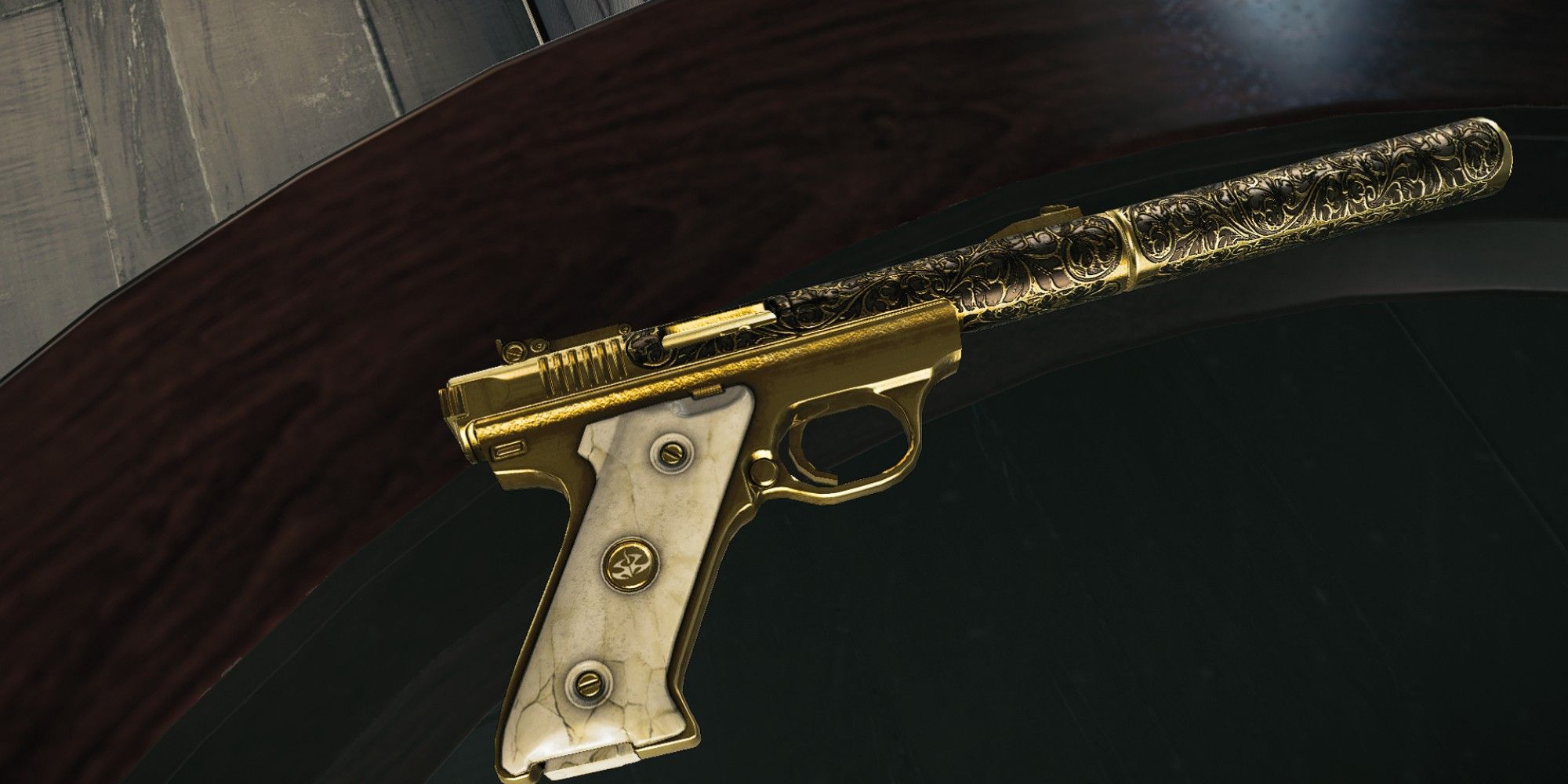 The Krugermeier 2-2 Silver has a fairly unique trait: with the combined suppressor and subsonic perks, this pistol is the quietest gun in the game. Unless an NPC is closer than a few feet away, they won't hear you fire off this gun, which greatly ups your stealth capabilities.

Sure, that won't protect you if you're spotted, but at least this gun isn't audible. The one major negative of the Krugermeier is that it doesn't have a large range, so it's best used in close quarters. The Krugermeier can be unlocked in Hitman 3 by reaching Mastery Level 10 in Mendoza. 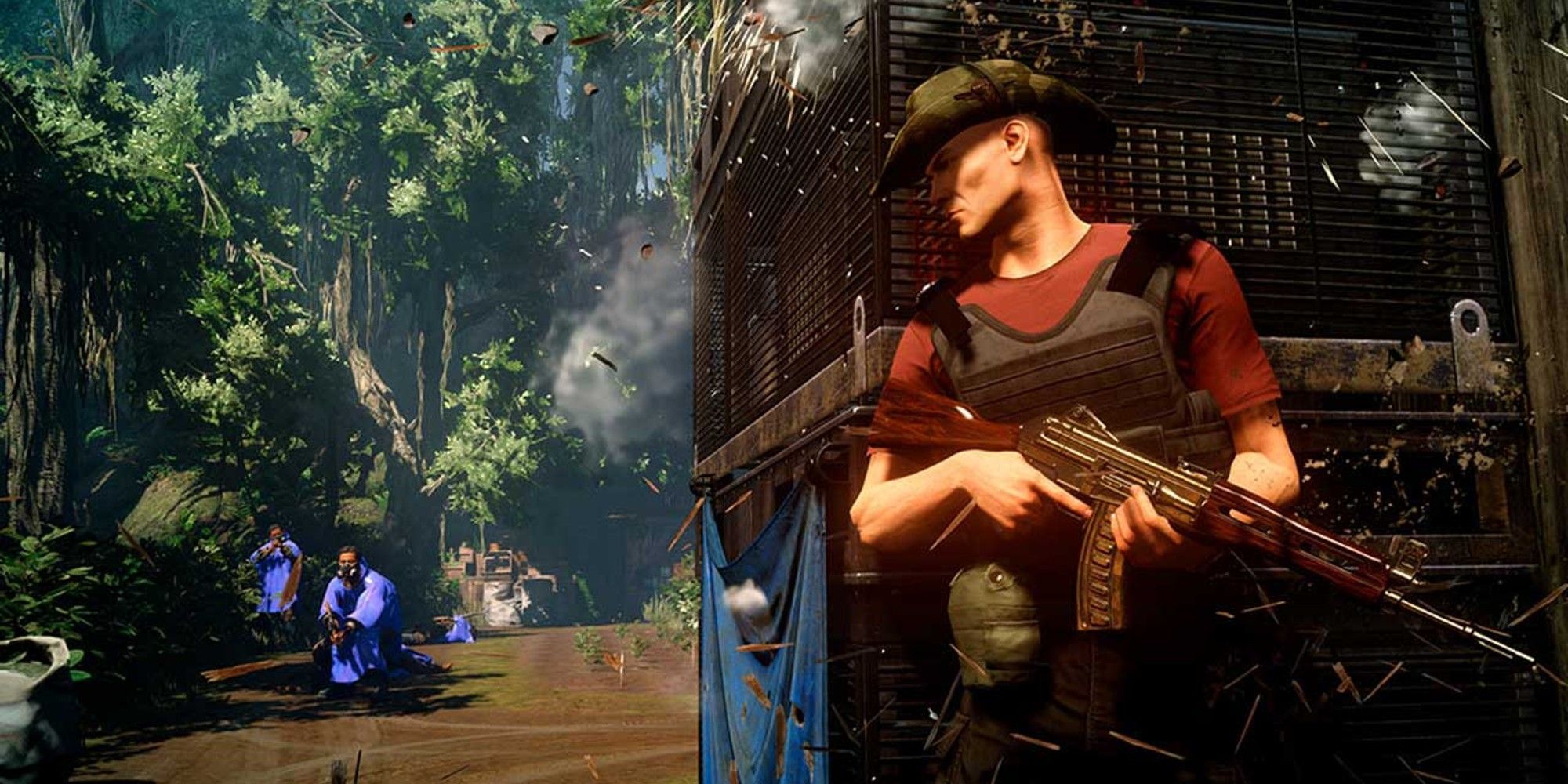 One of the best thing about poison kills in Hitman 3 is that they're considered accidental kills – that is, a victim of a poison kill can be discovered without spoiling your silent assassin rating. For this reason, the Lethal Syringe Mk III, which is unlocked in Berlin after achieving Mastery Level 15, is an incredibly strong item.

Ducking out of sight behind someone and pricking them with this syringe will cause them to die instantly, seemingly by "accident," allowing you to get away scot-free. Just don't get caught in the act – even if the animation is a quick one, getting spotted while stabbing someone with a needle isn't exactly a stealthy move, and you will immediately arouse suspicion from any onlookers. 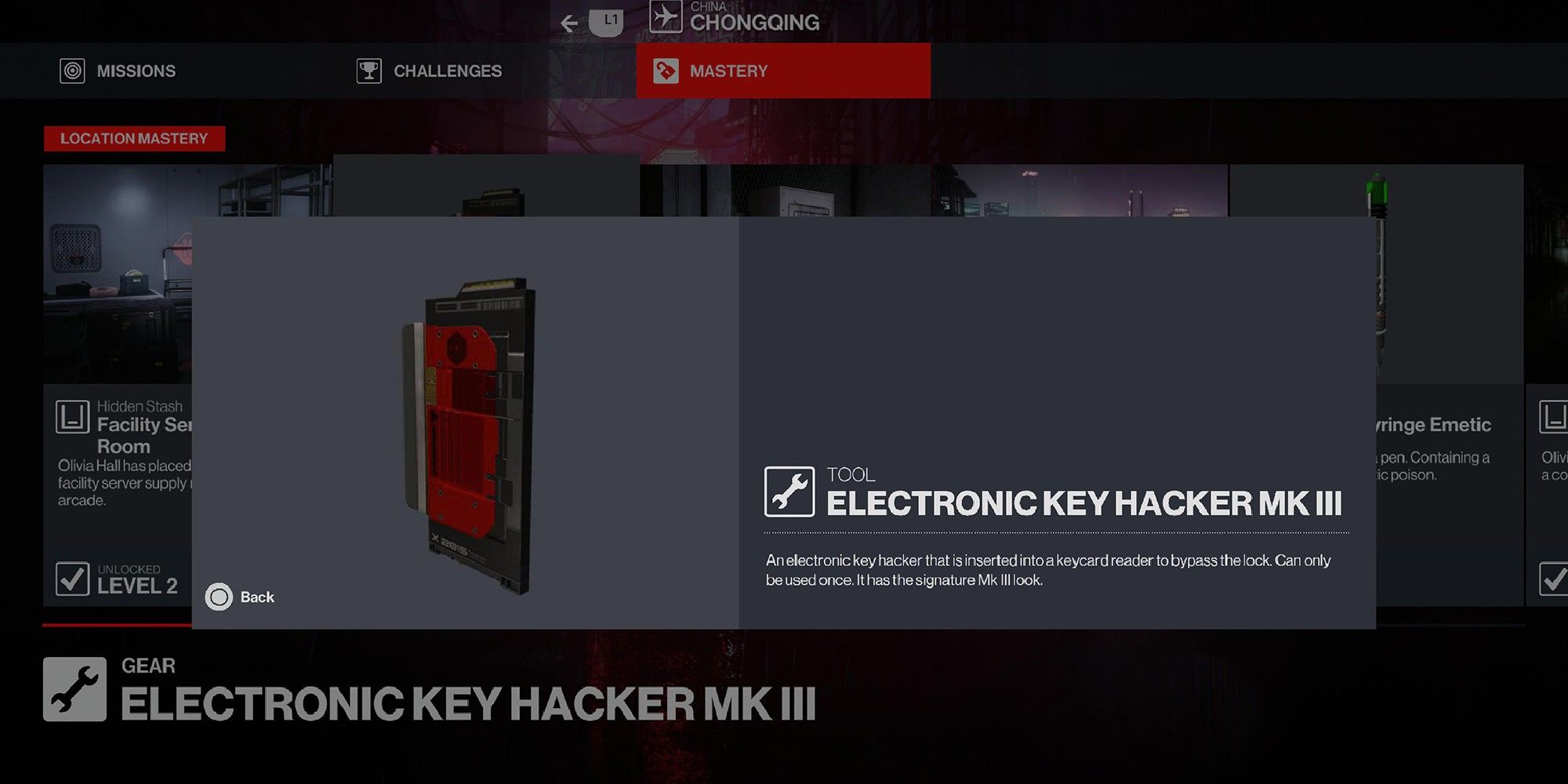 The electronic key hacker is a single-use item, but you are given three of them if you opt to include the key hacker in your load out. That's three chances to unlock doors otherwise blocked by pass codes, ID scanners, and, in the case of Hokkaido, uniform sensors. The electronic key hacker can be unlocked in Hitman 3 by completing Chongqing Mastery Level 2, so thankfully, it's a pretty easy item to unlock in your playthrough. 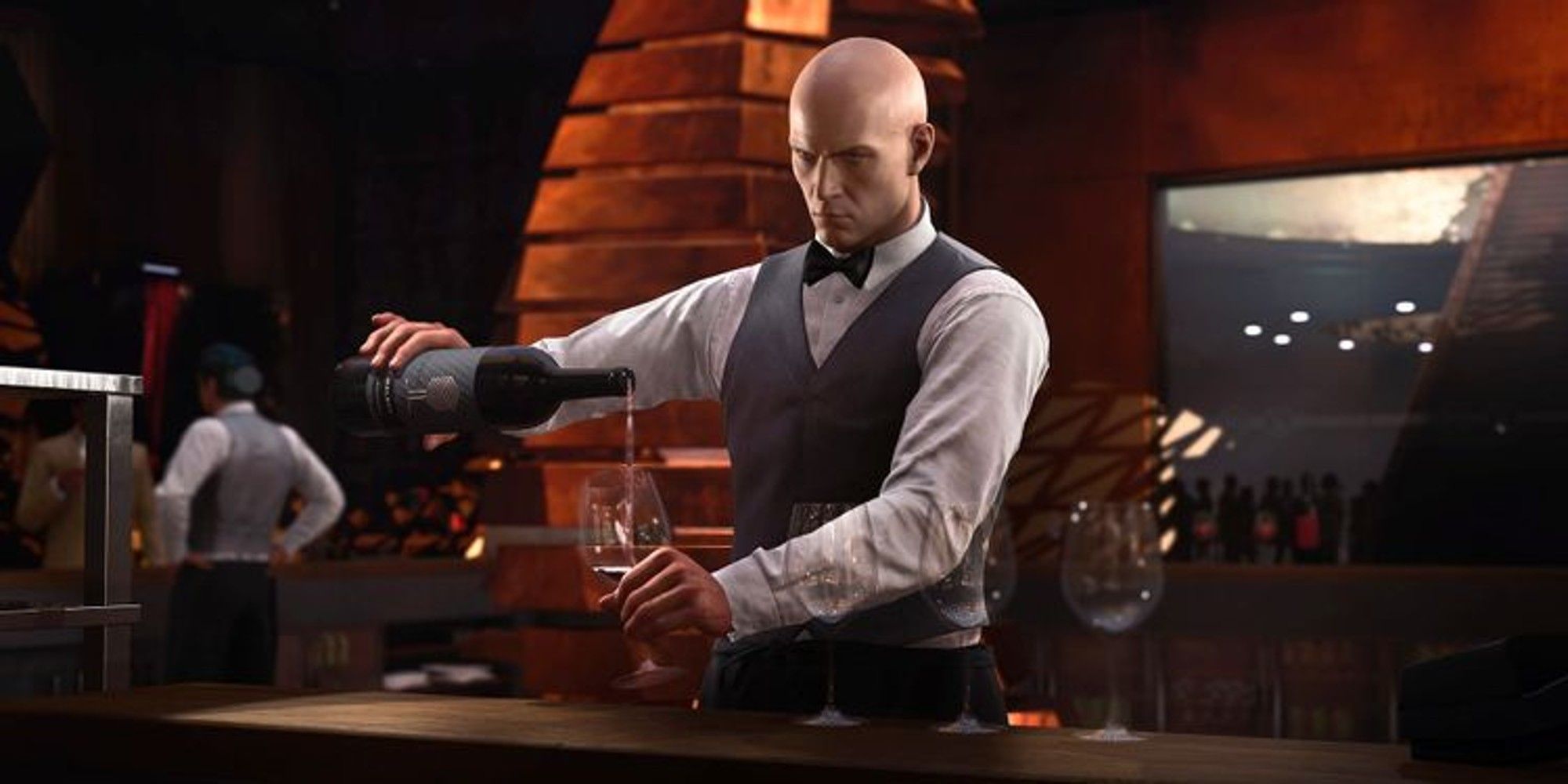 Sure, you'll have to do some research to ensure that the glass or plate you poison is correct, but in this situation, you're guaranteed an accidental kill and a quick getaway. Just make sure you wear a waiter's disguise before administering any poison – messing with other people's food is guaranteed to arouse suspicion from NPCs. The lethal poison vial is an unlockable item that can be obtained after reaching Mastery Level 10 in Berlin. 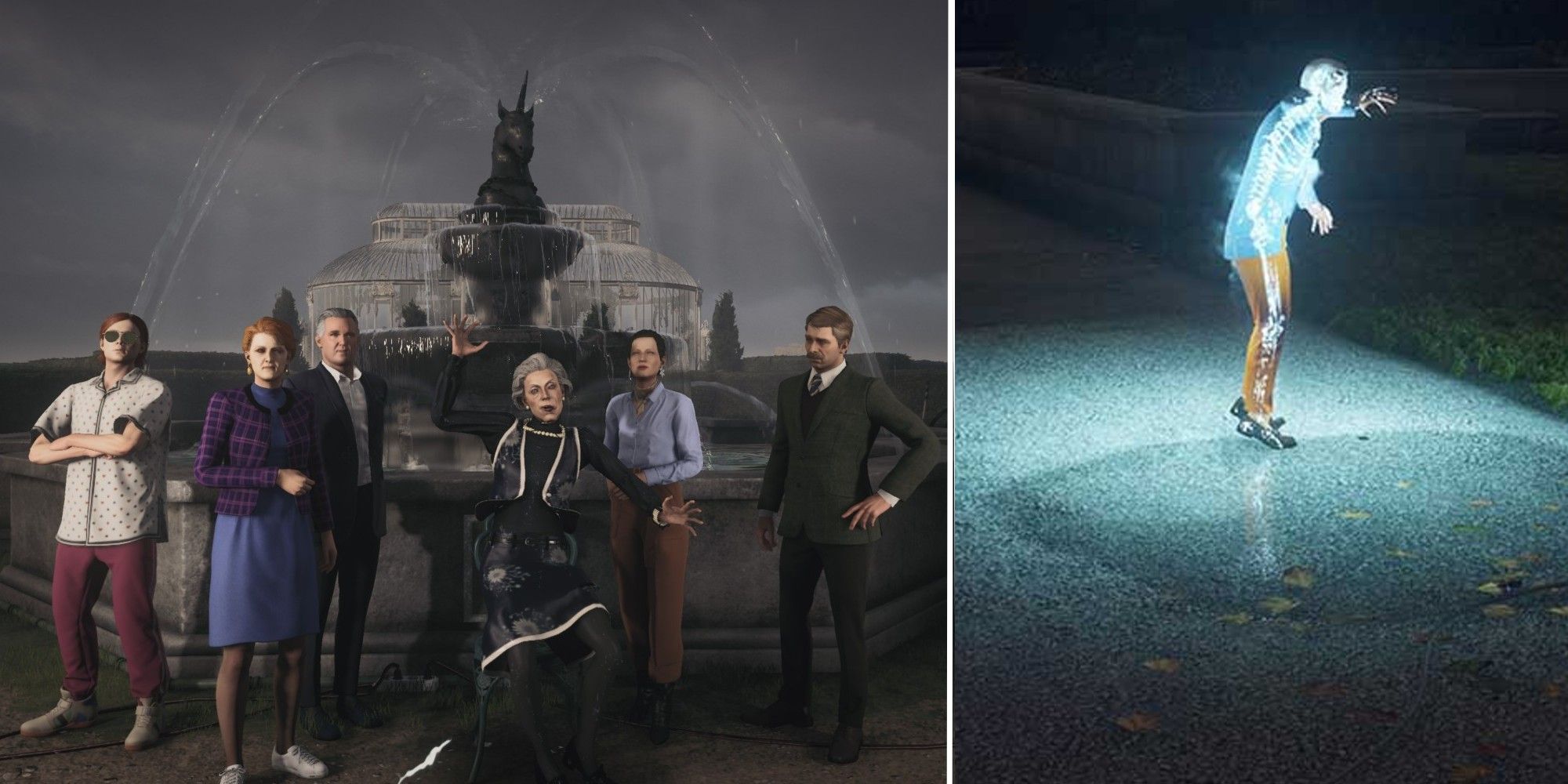 Like poison, death by electrocution is also considered an accidental kill in Hitman 3. With a guaranteed accidental kill and a model so tiny that placing it doesn't arouse suspicion, the ICA Remote Micro Taser makes for a fantastic weapon.

Drop this next to an overflowing sink or place it in a mailbox and the moment your target touches it, they'll be zapped to the end of the earth. The death will be considered an accident, so discovery of the body won't count against your silent assassin rating. The ICA Remote Micro Taser is unlocked after achieving Mastery Level 2 in Berlin. 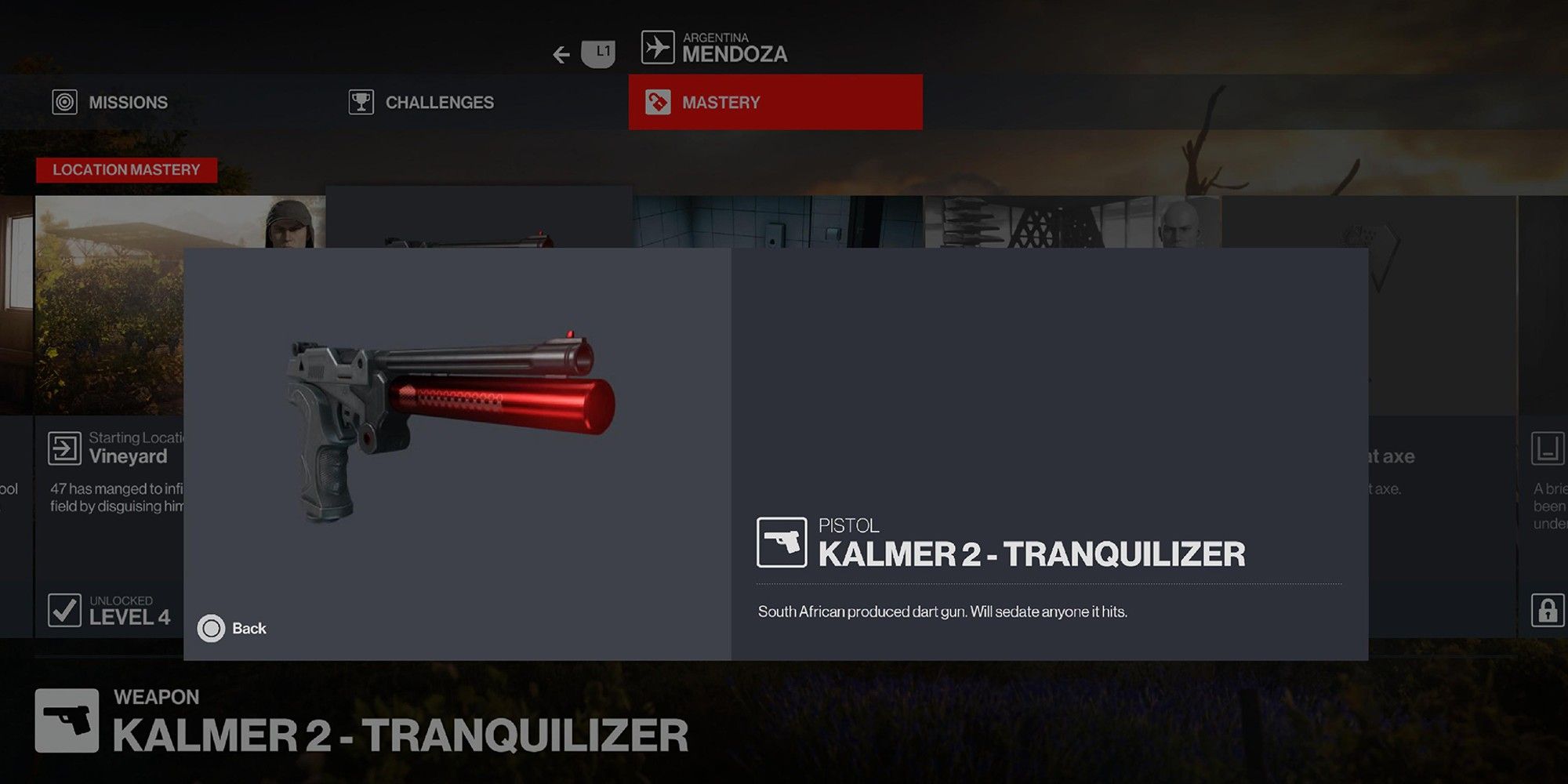 This gun doesn't shoot bullets – it shoots tranquilizer darts! If there's any risk of getting caught while knocking out an NPC, the tranquilizer gun makes it a bit easier by putting them to sleep from a distance, thereby allowing you to avoid suspicion from other passersby. On top of that, the discovery of their unconscious body won't mess up your silent assassin rating.

The Kalmer 2 is best used in a scenario where distracting an NPC or knocking them out with a choke hold or melee item isn't feasible without getting caught. While you only have two darts to use, your two shots are more than sufficient for getting the job done. The Kalmer 2 Tranquilizer Gun can be unlocked in Mendoza once you reach Mastery Level 5. 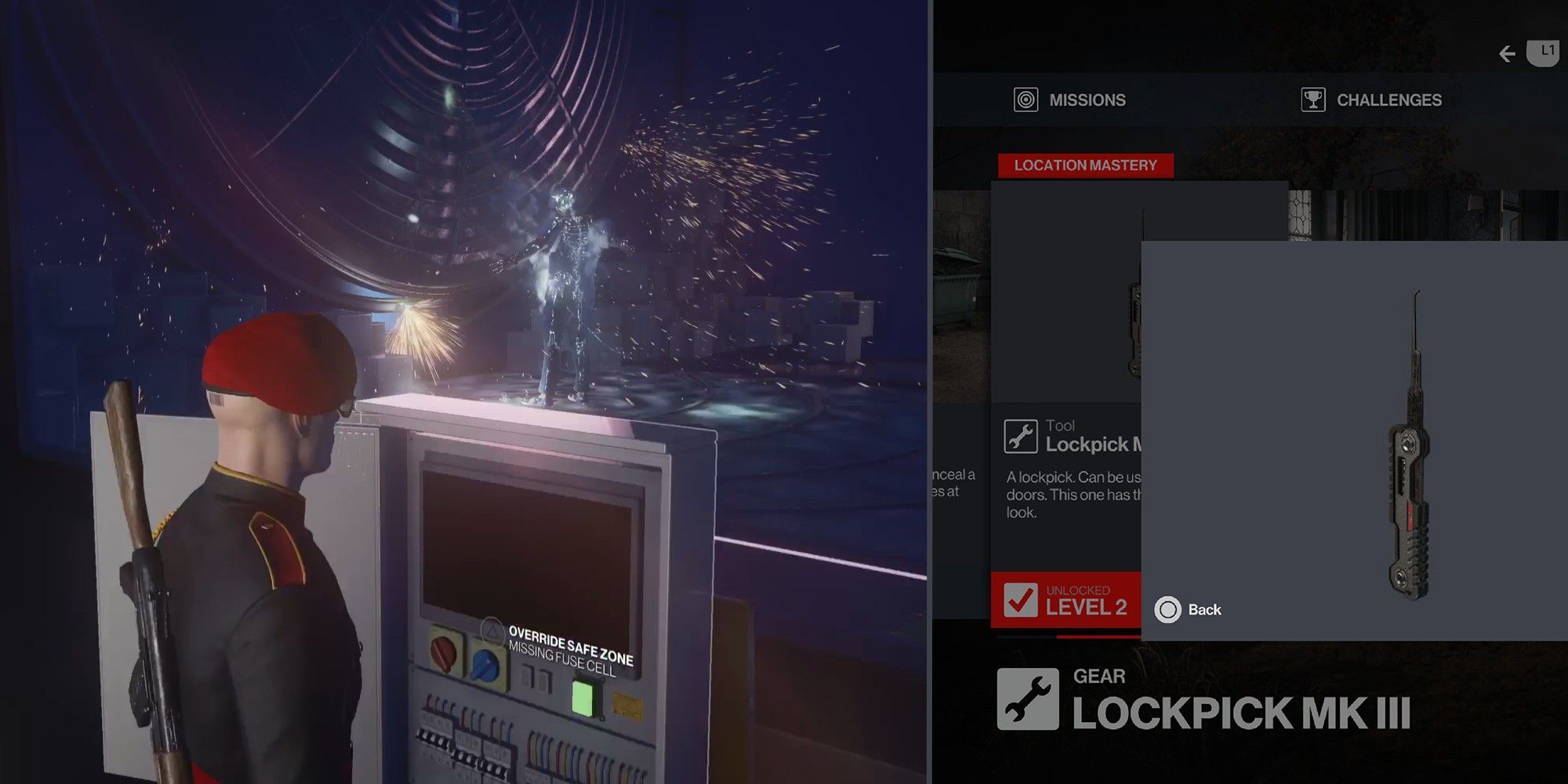 It's fitting that the most overpowered item in the game is unlocked early, after reaching Mastery Level 2 in Dartmoor; the lockpick is such a crucial tool that it's practically a must-have in your inventory for any level in the game. In a world where locked doors can make or break your mission, the lockpick guarantees entry into most areas.

More often than not, your targets may find themselves secluded to private areas, so the lockpick gets you into areas Agent 47 isn't supposed to be – and where the targets are often located. Also, the lock picking animation is fairly quick, decreasing the chance of attracting the prying eyes of NPCs. The Lockpick Mk III is a necessity for any Hitman 3 playthrough.