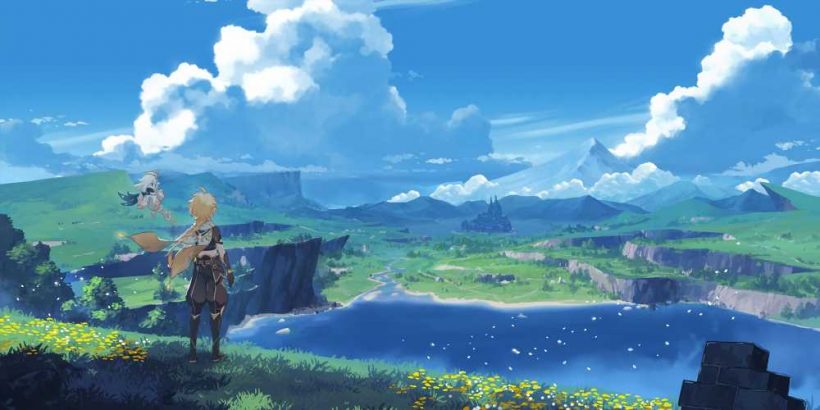 The Golden Apple Archipelago makes its return to MiHoYo's popular live service game, with Genshin Impact players heading there once again for some summer fun. For the event, some data has been compiled in the latest copy of Teyvat Times, gathered from all the game's servers. It makes for some eye-popping stats.

For those unaware, the Golden Apple Archipelago is a limited time summer event found east of Mondstadt. It first appeared in Version 1.6 and returned in Version 2.8 in the Summertime Odyssey event albeit with an altered look. It was previously known as the Haar Islands until the events of Midsummer Island Adventure.

Of those who interacted with the mirage islands, 43.8 percent discovered Xinyan's Phantasmal Conch on The Islands' Stirring Strings. But a massive 72 percent missed at least one of the hidden Phantasman Conches on Twinning Isle and Broken Isle (thanks Siliconera).

Meanwhile, the Twilight Theater has been the busiest it's ever been. In the first week alone, the Teyvat Times reports, 681,117 shows were performed every day, and 44 percent of players chose to bring the "Bystander" onto the stage. One player from Asia even brought the Bystander on stage 32 times.

The hilichurls of the Golden Apple Archipelago saw a lot of action. Within a week of the opening, players collectively defeated 529,583,177 hilichurls while 56,711,433 hilichurl encampments were sunk. However, in the first week of the event more than 1.6 million players drowned. In one day on the archipelago, 56,042,023 treasure chests were opened, meaning many were eager to explore.

Finally, we have some data about the Reminiscent Regimen event, which finds players and friends pitted against each other as they play mini-games around the islands. Just 12 players managed to finish everything with a perfect score on their first go. Teamwork can be patchy though, as 760,044 players on average had their Waveriders stolen by other teammates every day after the opening of the "Raid" phase.

More stats can be found in the images found above, via the official Genshin Impact Twitter account, while players were invited to comment about their own Golden Apple Archipelago experiences.