Pokémon Go has added event-versions of beloved Pokémon since its release. For Squirtle Community Day, players were able to grab Squirtles with the famous Squirtle Squad sunglasses. Every time the game celebrates an anniversary, Pikachu with party hats start spawning. 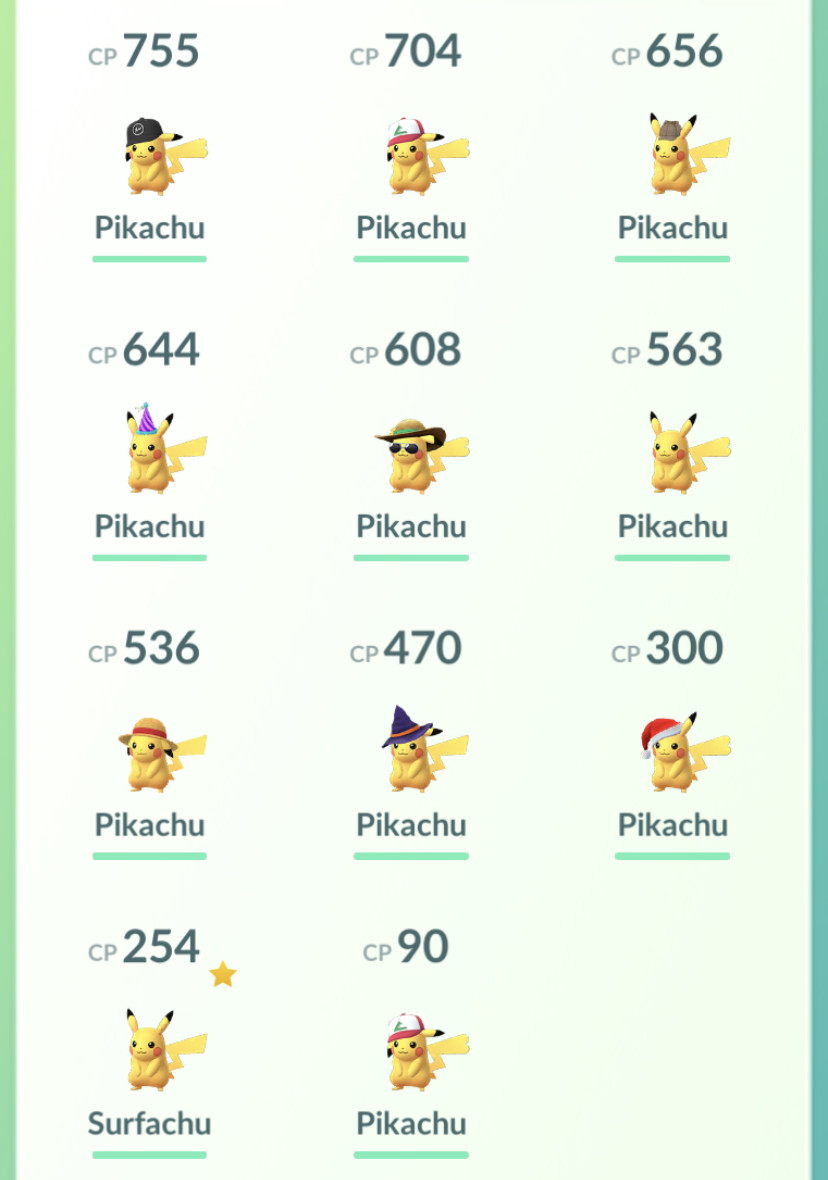 The problem is that there are a dozen different Pikachu in the game, all with different hats on. There’s flower crown, party hat, straw hat, witch hat, Ash hat, detective hat, santa hat … the list goes on. People who want to have live collections now have a ton of the game’s limited storage slots eaten by these Pikachu. And Pikachu, along with its evolution Raichu, aren’t particularly good Pokémon to use in battles. Players could scrap these Pikachu, but a lot of collectors like to hold on to these limited-time finds.

While the hat Pikachus normally have veteran Pokémon Go players rolling their eyes and groaning, the Mimikyu Pikachu is just different enough to make it worth holding on to. I don’t know if it’s just the specific, cruel choice of having Pikachu wear the costume of a Mimikyu, a Pokémon dresses up Pikachu so it can get the mainstream love Pikachu gets. It could also just be that the costume is more than just a stupid hat. Either way, the Mimikyu Pikachu is an exciting addition to the game.

Pokémon has been designing Pikachu dressing up as other Pokémon for a while now. The Pokémon Center stores sell many stuffed versions of the beloved electric mice dressed up. There’s Pikachu as Guzma, Pikachu in graduation regalia, Pikachu as the three-headed dragon Pokémon, Hydreigon. The Pokémon Company goes absolutely wild with it and now that style has seeped into Pokémon Go. The important thing to notice here is that these Pikachu do not just have head accessories. While some of the hood-based outfits might get a little generic, these Pika have specially curated outfits that are fairly unique for each collectable. I mean, look at that Hydreigon one.

The Pokémon Company via Polygon

Niantic may run costumed Pikachu into the ground one day, but for now we can still fawn over the adorableness of Mimikyu Pikachu.