The Pokémon Company released more details on the new Pokémon Masters mobile game on Thursday in a brief, 15-minute video featuring an animated trailer and gameplay for the first time. We now know that the game will have three-versus-three, real-time battles and that each trainer gets one Pokémon partner for battling.

Pokémon Masters takes place “somewhere in the world of Pokémon” on an island called Pasio. In Pasio, trainers have one (and only one) Pokémon that travels around with them. Together, Pokémon and trainer are called Sync pairs.

The game focuses on building teams with other trainers and competing in the Pokémon Masters League. Players will meet up with trainers and other characters from previous regions to form teams of three. Some recognizable characters include Misty and Brock from Kanto, Cynthia from Sinnoh, and Flannery from Hoenn. 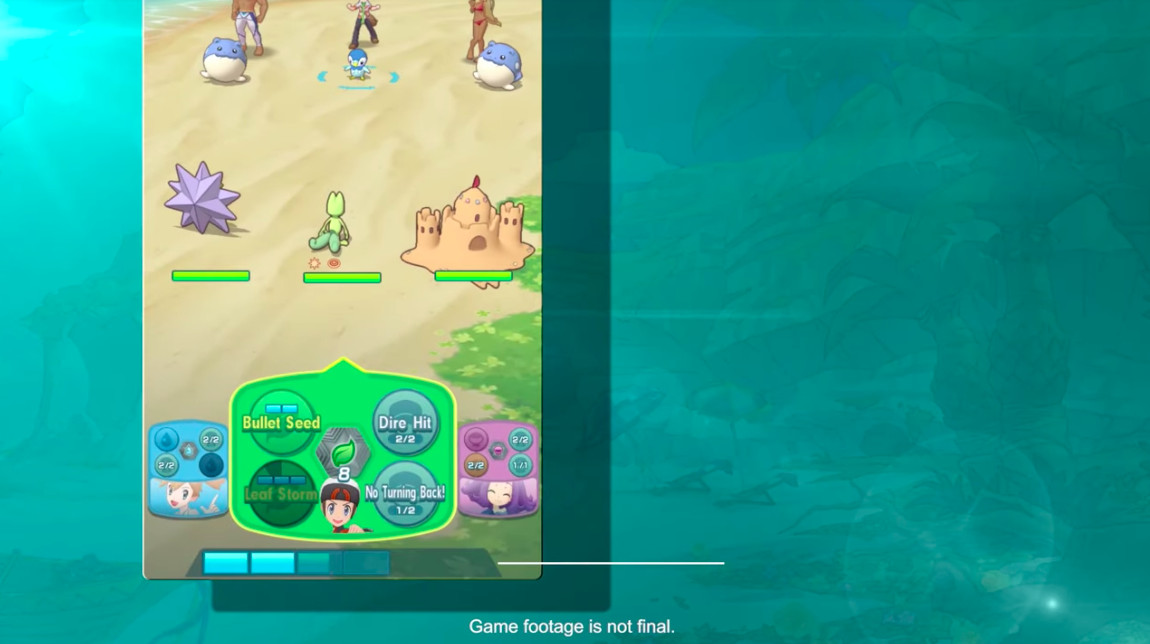 The gameplay revealed many new battling mechanics in the game. For starters, battles are three versus three and have six Pokémon out battling simultaneously. Another big change is that battles unfold in real time. Pokémon’s attacks use up energy from a “Move Gauge” that refills in real time.

In addition to the Pokémon, trainers themselves become active participants in a battle. “Trainer Moves” support their Pokémon and can heal them or can raise their stats. The video also mentioned “Sync Moves.” We didn’t get much information on them, but they look like powered-up Pokémon attacks.

Pokémon Masters will be coming to Android and iOS in summer 2019.