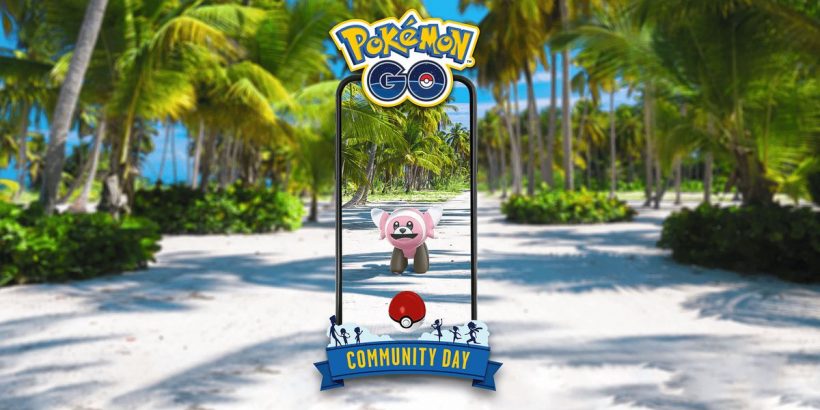 Pokémon Go’s next Community Day event is coming Saturday, April 23, and it will add a new Pokémon to the mobile gotta-catch-’em-all game: Stufful, the Flailing Pokémon. April’s Community Day will also roll back another change to the game implemented at the height of the coronavirus pandemic — instead of a six-hour event, Stufful Community Day will run just three hours, from 2 p.m. to 5 p.m. local time.

In a blog post, Pokémon Go developer Niantic explained why it’s making the change, saying “we’ve found that only five percent of our Trainers tend to participate in the event for more than three hours.” In an interview with Polygon, Pokémon Go live game director Michael Steranaka said that just 2% of players played for four hours or more during Community Days.

“And the unfortunate thing that we saw is with such a large range of time to be playing is that people were no longer playing at the same time as each other,” Steranaka said. “Unfortunately, what you lose out on is that magical moment that Community Day was designed for, where you would get players out at the same time and really foster that sense of your local community.”

Niantic said it based its decision to revert Community Day to three hours on another experiment: January’s classic Community Day featuring Bulbasaur. From the developer’s blog: “One of the biggest pieces of positive feedback that we received after January’s three-hour Community Day Classic was that players and community leaders noticed how much more of the community was out and about during the event. […] Our hope is that doing so will create even more opportunities for Trainers to play together and connect outside as they’re exploring.”

The change to Community Day hours is part of the reason Niantic announced upcoming dates for the weekend events so far in advance: to give players ample time to prepare for each event’s arrival.

Niantic said that it will add “some new and exciting perks” to Stufful Community Day to ensure that players can collect as many in-game resources as they did during the six-hour window that players have grown accustomed to. Those bonuses include:

There will also be a “group play bonus” for playing with other Pokémon Go fans in person. Here’s how Niantic describes it:

Stufful will debut in Pokémon Go with a chance to be Shiny, and players who evolve Stufful into Bewear during Community Day hours (plus two hours afterward) will get a Bewear with the charged attack Drain Punch.

During my interview with Steranaka, I asked just how much Stufful candy a Bewear evolution would cost. He declined to confirm, but hinted that other single-stage evolution Pokémon Community Days for Swablu and Magikarp — which require 400 candies for evolution — might be a good indicator for what fans can expect in April.