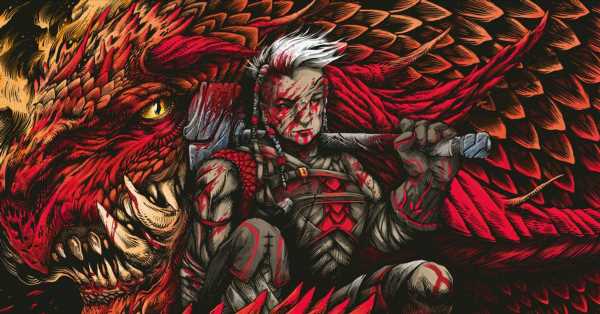 Magic: The Gathering Arena comes to mobile on Jan. 28 with a new early access version for Android devices. The free-to-play game will feature the latest sets of cards, including the Viking-themed Kaldheim, which will be available in physical form as early as Jan. 29. Here’s what to expect.

This new digital version of Magic, developed in-house by Wizards of the Coast, has been around since 2018. Designers and developers have worked together these past few years to sync the physical and the digital versions of the game, creating day-and-date releases for new sets of cards like the one we’ll see this week.

Image: Wizards of the Coast

Arena is free to download, but you’ll need to spend money to create a decent collection of cards online. That’s because it is effectively separate from the physical version of the game. None of the cards you own physical copies of will translate over to Arena, with one exception: Planeswalker decks do come with a code to unlock their cards online. That limitation hasn’t slowed adoption of the game’s new platform. If anything, the ongoing pandemic has sped things up. Even local stores have flocked to Arena, which is now the place to be for Friday Night Magic at Home events, which began in March 2020.

Having spent some time with the PC version of the game, I can say that it faithfully recreates the experience of playing Magic. It’s also a really good teaching tool, in that it helps visually and mechanically reinforce the rules for new players. For veterans, it’s also much faster than playing a game in-person. The servers are also extremely well populated. I’ve never had to wait around for a pick-up game, that’s for sure.

How exactly do you smash a sprawling tabletop game like Magic onto a mobile phone? Very carefully, says the team at Wizards.

First off, player avatars have been moved all the way to one side. That’s allowed the playing field to occupy most of the screen, while also giving users a bit more room to hold on to their phone near that one side. There’s a lot more tapping than there is right-clicking, and only by hitting the right “zone” of the playing area will you be able to access contextual options. With luck it will be easy for newcomers to pick up, but if you’re moving from the PC version you would do well to check out the official website for details on how the controls are changing.

Bear in mind, however, that this is still early access. Magic is a weird and wonderful hobby, and players can gin up some really bizarre strategies and situations. Arena will likely fail in those situations.

“Some games of Magic can be rather complex,” Wizards wrote, in what may be the biggest understatement of 2021 so far. “There may be decks or board states that aren’t as conducive to mobile play due to the intrinsic limitations of the platform.

“However, the potential for explosive or complicated gameplay is what makes Magic, Magic. We do not intend to change how we approach Magic design to specifically accommodate mobile play. Nor do we wish to provide a limited, watered-down mobile experience.”

An iOS version and a tablet version of Magic: The Gathering Arena are on the drawing board, but Wizards does not have a release date in mind as of yet.