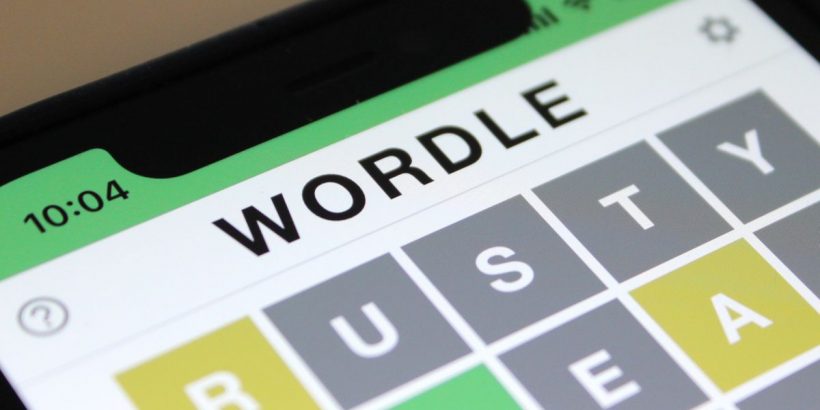 What’s the best five-letter word to start with when trying to solve the daily Wordle? Some of us have go-to words we rely on to maximize our word-guessing and puzzle-solving skills, and there are some statistically advantageous starting words that feature a variety of commonly used letters. Ideally, you would use a five-letter word with five distinct and commonly used letters on your first guess, like “arise” or “roast.”

Similarly, you should probably avoid starting the daily puzzle with a word like “qapik,” “queue,” or “qajat” — all accepted by Wordle — because they use less common letters in English words and feature repeated vowels.

According to one analysis, the letter E appears most frequently in English-language words featured in a condensed version of the Oxford Dictionary, followed by A, R, I, O, T, N, and S. So starting words like “ratio,” “irate,” “stain,” or “stare” that include those commonly used letters are great options. There are more English-language words that start with S than any other letter, so a starting word that begins with S is also a good first guess. (If the words mentioned earlier in this paragraph come back all gray, maybe try “lurch” or “cloud” for another set of frequently used distinct letters.)

If you want a variety of vowels, the word “ouija” has all but E (and sometimes Y) and is a good starter word, even though J is one of the least frequently used letters in English words, according to the aforementioned analysis.

For those less interested in pure optimization, here’s how Wordle players at Polygon start the puzzle each day.

I aim for a mix of common and uncommon letters in my first guess(es). The more common letters are to see if I can nail down the shape of a word, with those less common ones for process of elimination — just trying to avoid the heartbreak of having four of the five letters set, and a last letter that could be a number of different options. That said, I wouldn’t call myself a big strategy person. It’s more fun, in my opinion, to throw random ideas in there and see if you happen to get some leads. —Nicole Clark

The first is to knock out four vowels in one go and the second is because how funny would it be to get that on the first try? Disclaimer: I definitely got that idea from someone on Twitter, but it’s too good. —Petrana Radulovic

I’ve fallen off the Wordle bandwagon over the past week, but my go-to strategy is to start with a five-letter word with as many vowels as possible so as to figure out the general composition of the day’s word. After that, it’s just blind guessing. —Toussaint Egan

Big fan of never playing the same word twice. Prefer the chaos. Peace is knowing the goal of Wordle is not to get the correct word in the fewest turns, but to get the job done in the space provided. Wordle is life. That said, if I’ve decided to Wordle before coffee, I’ll default to one of these words that seem to check those Wheel of Fortune “top letter” boxes. —Matt Patches

I stole this off someone on Twitter. It has the two most important vowels, and arguably the two most important consonants to identify or rule out. It rarely draws a blank and usually gives you a decent lead on the second line. It appeals to the puzzle-solving, min-maxing side of my brain. But I’m not sure I like playing Wordle this way. It’s strategic but it has no flair; it’s almost cheap. And I miss the thrill of trying to intuit something with a first guess out of the blue. —Oli Welsh

Like several people at Polygon, I revel in the uncertainty of a new word each day. But, I’m also human, which means I do have fallback words for those mornings after I scored in five or six tries the previous day. Also, I stole “roast” from Nicole Carpenter and “ouija” from Toussaint. I’m like a starting-word Robin Hood, if Robin Hood just kept everything he stole, and were nothing like me at all. —Mike Mahardy

I’m in the same boat as other people here (hey, “boats” isn’t a bad one) — I like the challenge of coming up with a new starter word every day so Wordle doesn’t start to seem like a rote, mechanical task. The point (ooh, “point” is pretty good too) is always to hit at least two vowels and a couple of the more common consonants without repeating any letters. But I prefer the feeling of coming up with a new starting point every day and seeing what lands over trying to whittle down the skeleton key that might fit every lock. —Tasha Robinson

Wordle has been a balm during a tough time in my life, a fun daily thought exercise where I can attempt to clear my mind and focus on an energizing challenge for a few minutes. (Or, uh, many minutes.) As such, I’ve tried to just take each day’s puzzle as it comes and not think too much about the opening gambit. In other words, I come up with a new starter word every day — whatever floats to the top of my brain at that particular moment.

I mean, sure, you want to follow the basic rules of Wheel of Fortune and Scrabble with respect to letter frequency — i.e., it probably doesn’t make sense to start with a word that has J or Z in it — and it’s a good idea to get at least two vowels in there. But that’s about as deep as I go into Wordle strategy. Any deeper, and it starts to feel like I’m calculating probabilities rather than thinking about the wondrous variety of the English language. And nobody prefers math games to word games. —Samit Sarkar