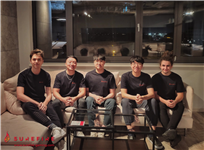 According to the release, the Verbatim Europe-owned peripherals brand will be the sole sponsor of X7 Esports’ upcoming bootcamp scheduled to take place in London later in January 2022.

Content produced during the London bootcamp will have SureFire branding integrated. Moreover, X7 Esports’ teams will also have the brands logo on its jerseys.

Josh Kingett, Founder and CEO for X7 Esports, commented: “Alike X7, SureFire are still considered in their early growth. Acknowledging that our audience is spread throughout Europe, we believe SureFire to be a great fit for the brand, as their products are built to last and offer great value for money.

“This makes them easily accessible and appealing to a far wider range of gaming enthusiasts from across the continent.”

X7 Esports made regional headlines last year by acquiring esports organisations Absolved and Bulldog Esports. In addition, the organisation has partnered with the Isle of Man government. X7 Esports currently fields a League of Legends team, with the organisation looking to branch into a number of new titles in the near future.

SureFire is a gaming and esports brand owned by Verbatim, a company that specialises in computer storage. According to a release, SureFire is set to have a physical presence on the upcoming X7 boot camp. As such, the brand will host giveaways and a meet-and-greet with X7 Esports players.

Esports Insider says: Verbatim’s esports brand SureFire is still in its early stage, however, it’s good to see that there are plans to start cooperating with esports organisations from the start. This partnership will also help X7 Esports by providing the team with peripherals and strengthening its commercial portfolio.