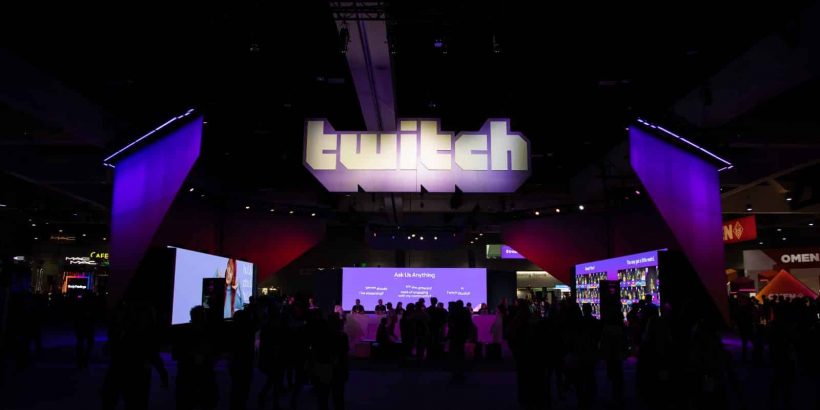 LAN esports events have become tremendously popular. What was once the dream of many gamers and streamers is now a reality. But when you get together that many people for a digital event, you’re aware that it could be a cybersecurity risk.

For gamers, cybersecurity should always be at the forefront. Gamers spend a lot of time online and can be vulnerable to hacks, especially if they often use public WiFi or frequently download games. But there are a lot of ways gamers and esports professionals can remain vigilant at events.

A VPN Isn’t Just for PCs and Laptops

Whether you need a PS4/PS5 VPN or an Xbox One/Series X VPN, you should be aware that there are VPNs for virtually any system. A VPN is one of the easiest ways an individual can protect their laptop, phone, or console, and it can make attending an Esports Event much lower risk. While there are many systems out there, they can bog down a system or make a connection slower, which could be disastrous during a tournament. A professional VPN service can protect an individual without introducing these types of complications.

Before you choose a VPN, don’t forget to take a look at your needs. There are many free VPNs, but the truth is that those usually don’t have the bandwidth, speed,.latency that you would need for gaming.

And that means larger attendance and more risk. Popular events are more frequently targeted because there are more targets there, and the larger an esports event gets the more dangerous it could potentially be. Because of that, those who attend such events do need to be more cautious, though there are still many ways to protect themselves.

As events scale, it can also become higher risk because it’s possible the management isn’t aware of how to best secure a large event. This is another dangerous element, because those running events larger than they can handle may first cut back on security. Esports are likely to continue growing and consequently, these risks will as well.

The Audience is More Tech Savvy

At most big events there’s no real tangible benefit to hacking besides identity theft, so why not just go online? But at an esports event, it could be used to change winners, thereby throwing the entire event into question. The bright side is this so means there are plenty of people around to discuss the finer points of security at an event like this.

This can also make them attractive for hackers seeking to make a name for themselves. In the past, these events were small and local. Now they are international and televised. Because of that, there can be an allure to compromising the event that might not exist for a different event. Given that these events are so public, it’s likewise important to make sure that security lives up to the publicity.

If someone wants to send a message about the gaming industry, there are really few ways of doing so beyond events — but that doesn’t mean it’s impossible.

With any big sports event, most fans aren’t paying attention to anything else. That includes their personal security. It could be days before anyone reports being hacked. By that time, the hack could be quite severe. Hacking into something like an esports show is a bold move but could be very successful simply because many targets might not realize they were going to be hit. And there are always near calls when it comes to issues like security, and most people find them not overly difficult to deal with

Of course, you can’t force someone to pay attention. But what you can do is make sure that there are bots and security systems onboard your technology to automatically detect whether a system might be compromised or heading toward compromise. When it comes to digital attacks, the faster you respond, the very slight the damage. If you’re able to catch a hack fast using a VPN, there could be no damage at all.

There Are Many Different Technologies at an Esports Event

That includes older technologies and legacy technologies. Often rigs will have been built and designed for performance rather than security, even though hopefully those would go hand in hand. An Esports event is a great target specifically because there may be unsecured technologies that are accessible everywhere and because many people will be distracted.

At an esports event, many different devices could be vulnerabilities that would help issues propagate, and that does mean that an individual or an organization in attendance may experience heightened levels of risk as opposed to other environments. Even large enterprises find it difficult to protect a lot of disparate technologies.

Some Streamers Are Kids

It should be kept in mind that many who attend and enjoy such tournaments are kids and teens and therefore need additional protection in terms of cybersecurity. Kids are particularly vulnerable because they are less likely to have good security and more likely to be naive regarding what they interact with and download. It’s the venue’s responsibility to make sure there are adequate safeguards for the guests that they have. Further, those running the event should have as many as possible security measures in place.

An Esports Event Won’t Always Be Secure (Or Understand Security)

A major issue is that an Esports Event may not even be prioritizing security because security isn’t what brings money into these events. The right security is expensive and esports events can have fairly low tolerances for error when it comes to profit and loss. Because an Esports event won’t always be secure, it behooves others to improve upon their own security. If someone shores up their own security as much as possible, the environment should not matter.

That’s not to say that all esports events are inherently unsecured but rather that these events don’t have a significant amount of impetus to improve their security standards. Rather, it’s mostly the concern of the individual to make sure all is okay.

There Are Huge Targets at esports Events

Some esports events today have payouts of thousands and have people who are making millions a year competing in them. With that kind of target, it becomes even more likely that someone might try to attack those in attendance. As these types of esports tournaments become more popular, these attacks will only become more prevalent. They know that there are whales in the esports audience.

And that means that even if you aren’t a whale of a target, you still need to be careful it’s possible that you could become another target simply by virtue of being at the same location and being easier to track. Most hackers will go after easier targets rather than trying to break a single individual’s security.

There Are Sore Losers at Esports Events

When people lose badly they can be very tempted to not only cheat but take others down. Imagine that you lose to a.sore loser and they post your personal info, doing you. When it comes to hacking your risk isn’t always a stranger who wants your credit card info. It can also be someone who is angry you won and wants to take you down.

To a certain extent, some of this deals with media. You need to understand anything you post online is there permanently, including identifiable information like where you worked or where you live. But there are many people who can cross a line and become dangerous, even if you just beat them in a game.

Because of streaming, even local or domestic events today can be international. That’s two things. One, it means more exposure to potential hackers because there are hackers from all countries. Two, it means more active hacking activity because there are areas where hacking is barely illegal. Since it brings money into the economy it’s good for the government. Having large international events is consequently another risk factor altogether because it does mean that people could potentially be targeted more frequently.

Most attacks aren’t targeted at any individual. They’re just high volume. The theory is that if you send out thousands of hacks you only need to get one vulnerability. and since there aren’t consequences in some countries for this behavior, why not?

In addition to protecting you from foul play, VPNs can also be used to boost internet speeds and performance. No one wants to lose the match to lag and latency, and the truth is that the internet at a large event can often be erratic. Regardless of whether you’re primarily concerned about security or performance, a VPN can help.