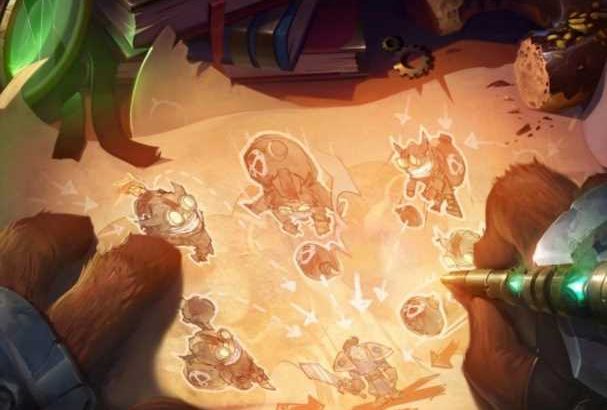 One For All is one of the most popular rotating game modes in League of Legends and it’s here until the end of the Space Groove event. The mode is known for its hilarious feature of using the same champion for all five members on a team.

As the mode comes and goes, new champions enter the conversation as the best champions to play. Many of the most enjoyable matchups involve champions that either have a plethora of crowd control abilities or different builds that the five players can choose from. Here are the best champions for the One For All mode.

The gargoyle champion is great for One For All because of his multiple builds and mobility. Thanks to his ultimate that brings him crashing down on his allies, this champion as a One For All pick is infuriating to play against. No fight is a one vs one and players can be taunted or knocked up until death in some instances.

Galio can buy items as a support, tank or magic damage bruiser. He also has a variety of playstyles across the five players that pick him in the mode.

Support champions are generally good picks for One For All, and Rakan fits the criteria for one of the best champions as a support and in the mode. He has multiple dashes, a knock up and a taunt that can be chained into his allies’ abilities. He also can be built as a support, an assassin and an attack damage carry. In a team fight, five Rakans is almost unbeatable.

The champion is sometimes banned as he is known to be a good champion in the mode. However, if he slips through, players should vote for the champion.

A bot laner with a blink and great poke should be a staple of this mode. Ezreal can dodge away from many of the more annoying champions that are popular in this mode. He can also poke down the enemy as five players, and he can be built as an attack damage or ability power carry. The champion does lack a tank or bruiser build but, with his uber-mobile kit, Ezreal can avoid some engages. Even if one player is caught out, the other four can poke down the enemy

The cat assassin has not seen much play in recent patches but he is an excellent choice for the rotating game mode. All five players can utilize disability of jumping from bushes and, once he levels up his ultimate, hilarity can ensue. The champion can build as a tank, ability power or attack damage assassin. With his stealth mechanic and different damage abilities, roaming as five players and assassinating the enemy is a great strategy.

If players also get Ocean Drake as their soul for the map, the jungle becomes a scary place for the enemy. Out of all the assassins, Rengar is the best pick for this mode because of his diverse builds and playstyles.