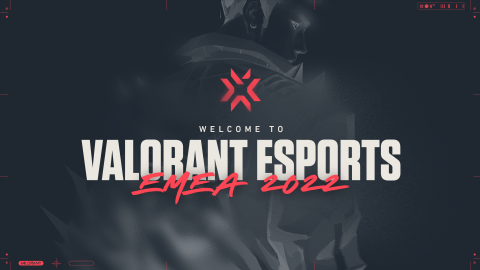 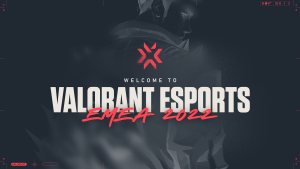 
Similarly to League of Legends’ ERL (European Regional League) project, VRLs will be implemented into VALORANT’s EMEA ecosystem in 2022. In total, there will be eight VRLs next year, each of which will be operated by partner organisers.

According to the release, each league will run for two stages across the year, with a regular season and playoffs crowning a champion. A ‘certain number’ of teams will be decided through VRL open qualifiers at least once per season.

The winner of each VRL in stage one will qualify for the VCT Promotion Tournament, a new competition that will see regional league winners compete for a spot in VCT EMEA Stage 2. The VRL victors will face off against the bottom two VCT teams in VCT EMEA Stage 1 for two spots.

In stage 2, each VRL winner will qualify for the VRL EMEA Finals. Riot has stated that the number of VRL qualifiers and available spots may vary based on the results of VCT’s promotion tournament.

The 2022 VRL season will kick off with qualifiers on January 24th. The first split will commence the week of February 14th. 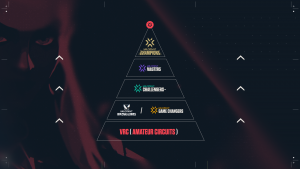 The four EMEA teams that competed in VALORANT Champions 2021 have been invited back to VCT Stage 1 2022. Eight spots will then be made available through two open and closed qualifiers in each territory. This includes four spots in EU, two from Turkey and two from CIS. The publisher has revealed that teams from MENA will be able to compete in any of these qualifiers.

Further details on the format for VCT EMEA is expected to come in early 2022.

Alongside hosting a global LAN event, VALORANT’s Game Changers has also announced new plans in EMEA for next year. Riot Games plan to hold three VCT Game Changers EMEA series in 2022, in January, May and September. Teams that succeed in the events will qualify for a place in the Global Game Changers event planned for November.

The VCT Game Changers EMEA 2022 circuit will also run in parallel with the wider EMEA ecosystem. This will allow teams to compete in Game Changers tournaments alongside VRL’s and VCT open qualifiers.


Riot Games has also bolstered its grassroots VALORANT ecosystem with the introduction of the Game Changers EMEA Academy and VALORANT Regional Circuits (VRCs).

Game Changers EMEA Academy is expected to provide a place for new teams to compete in a safe space across six tournaments throughout the year. Meanwhile, VRC’s will attempt to elevate the EMEA amateur competitive ecosystem by rolling out a series of new competitions.

The circuits will give local players the chance to compete in individual competitions throughout the season and earn circuit points for their teams. At the end of the season, the teams with the most points will compete to become the circuit champions. Further details as to where the VRC’s will take place, and when, will be revealed over the course of next year.

Esports Insider says: This is exciting news for VALORANT’s EMEA esports ecosystem. A lot of time has been put into building its new path-to-pro model, so it’ll be interesting to see how much the VRL system will strengthen both players and organisations. Moreover, the publisher’s new Game Changers system looks to provide greater competitive opportunities for women, whilst also bolstering its grassroots ecosystem.