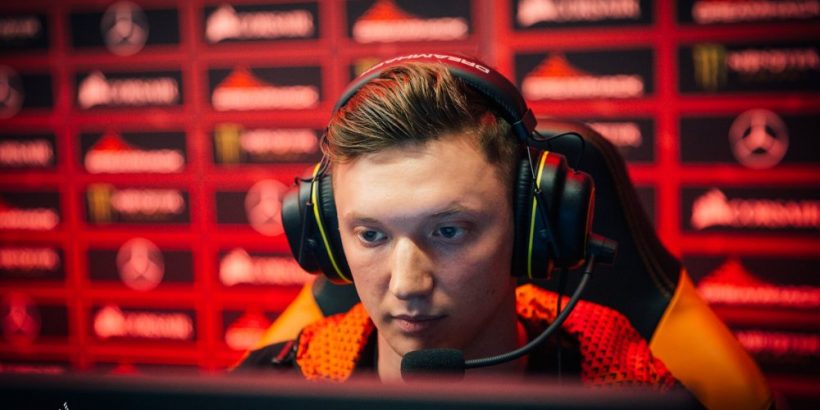 With less than three weeks before the new Dota Pro Circuit is slated to start, CIS organization HellRaisers are ready to rebuild their roster and the first addition is none other than Roman “Resolut1on” Fominok.

Resolut1on’s arrival at HR puts the roster to three men currently. While the organization hasn’t made clear which role he will be taking in the team, he is most probably going to play either in the mid lane or in the offlane as he joins Alexander “Nix” Levin playing in the carry role and Ilya “LIL ME ALONE/Lil” Ilyuk in the position 4 support.

Prior to Reso’s addition, HellRaisers had just two members left on the team after a year of continuous struggle to keep an intact roster. Rinat “KingR” Abdullin was the latest to depart from the team, back in November when HR have also benched Arslan “xannii” Shadjanov and Gleb “Funn1k” Lipatnikov. Both xannii and Funn1k, although still under contract with HR, are overlapping with Resolut1on’s possible roles, mid and offlane respectively, and it will be interesting to see what will be HR’s next move. The time is ticking and there are mere weeks until the first CIS seasonal league part of the 2021 Dota Pro Circuit will begin.

As per Valve’s announcement, made on the New Year’s Eve, all regional leagues will start on the 18th of January and just four squads will receive direct invites into the Upper Division of each region. Judging on their performance through 2020, HellRaisers are unlikely to be granted a free pass into the Upper Division. More so, they might not even have been considered for an invite to the closed qualifiers which would allow them to fight for a spot in the Upper Division. Worst case scenario, they will have to take the long way through open qualifiers which should be starting next week.