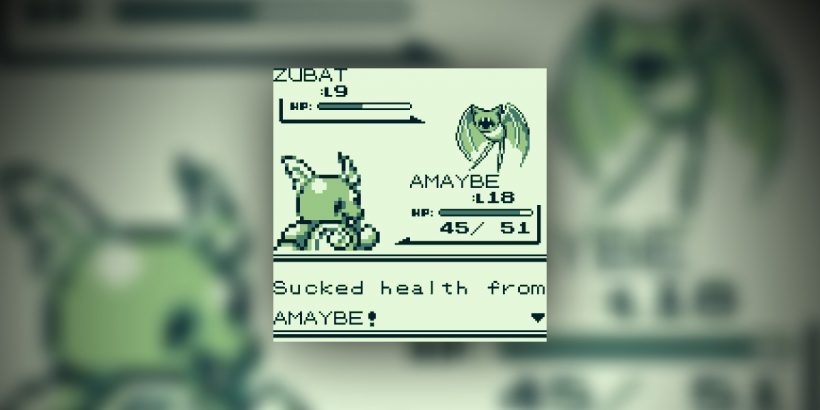 Constantin Liétard is playing Pokémon Red with thousands of players through his Twitter profile picture. In a feat similar to the 2014 Twitch Plays Pokémon, Liétard built a program that allows users to control their profile image. By replying to Liétard’s pinned tweet with Up, Down, Left, Right, A, B, Start, or Select, users can play Pokémon Red.

Every 15 seconds Liétard’s program checks the most recent comments on the tweet and applies the most commented command to the game. After that command is applied to the game, Liétard’s Twitter profile is updated with a 400×400 image of the game.

Pokémon Red on Twitter is a game of patience

As of this writing, players are stuck somewhere in Mt. Moon with two Pokémon in tow. The trainer’s name, CNSTNTN, was chosen by Liétard, it’s his first name minus the vowels. CNSTNTN’s Pokémon so far are a Wartortle named AMAYBE and a Spearow just named Spearow. The little bird is currently fainted so it’s up to AMAYBE to power through the rest of Mt. Moon.

Liétard also has a Discord server set up for players to coordinate where they want CNSTNTN to go next. The controlling tweet has more than 34,000 replies so far, with players currently trying to find a way out of the confusing underground path. Debate in the community currently is focused on what the next Pokémon to add to the party might be.

So far the game has been restarted a few times as Liétard adds new features to the program. A new function that saves the frames has been added. Players can also chat with each other now while still entering a command.

This crowdsourced version of Pokémon Red may not reach the same heights of Twitch Plays Pokémon. Still, seeing how players are coming up with new and unique ways to play classic games is a blast.