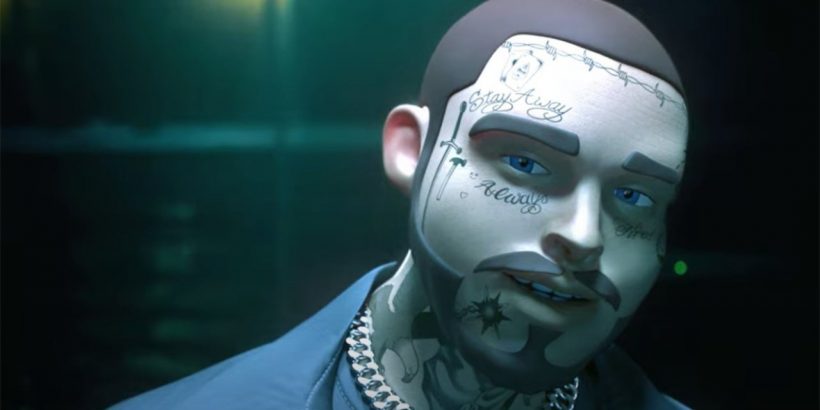 The Pokémon Company and rapper Post Malone are teaming up for the first of a series of virtual concerts celebrating Pokémon’s 25th anniversary. The first even will take place on February 27.

The Post Malone virtual concert is the first of many concerts as a part of the P25 Music Program. The virtual concerts are a way to celebrate 25 years of Pokémon video games, anime, and trading card games safely online

“I never would have guessed we would be here today after 25 years,” says Malone, a lifelong Pokémon fan. “It’s you, the fans that make all this possible. It’s been a wild journey so far but now we’re here. And it feels so good.”

The short video includes a couple hidden easter eggs. Malone’s rings, which are visible when he takes the microphone, has three gems embedded in them. Red, blue, and green, a reference to either the original GameBoy games or the three starter Pokémon players can choose at the start of their adventure.

A harder to spot easter egg is the vending machine that Malone and his crew pass. It has a similar menu as the vending machines in Pokémon Red and Blue.  The trailer ends with a showcase of a detailed animated version of Post Malone, complete with a new Pikachu jacket.

Post Malone is the second artist to partner with The Pokémon Company. Earlier this year Katy Perry teased a sample of her upcoming song, ‘Electric’.

Along with free virtual concerts The Pokémon Company will be releasing new content across several of their games. Players can pick up a special Pikachu that can learn the move Sing in Pokémon Sword and Shield. It’ll require a a special password that won’t be available until February 25.

The Pokémon Company is also curating a special playlist of music-themed episodes from Pokémon the Series. The playlist will be available to watch on the Pokémon TV website and mobile app.

The last release tie-in that The Pokémon Company teased is a Pokémon Trading Card Game: First Partner Collector’s Binder. The binder will feature the Pokémon 25th Anniversary logo and will store oversized Pokémon TCG cards showcasing all the starter Pokémon from each game. Each binder also comes with an oversized Pikachu card to get collectors started. The cards will release throughout 2021 start with a starter from the Galar region that will release on March 6.