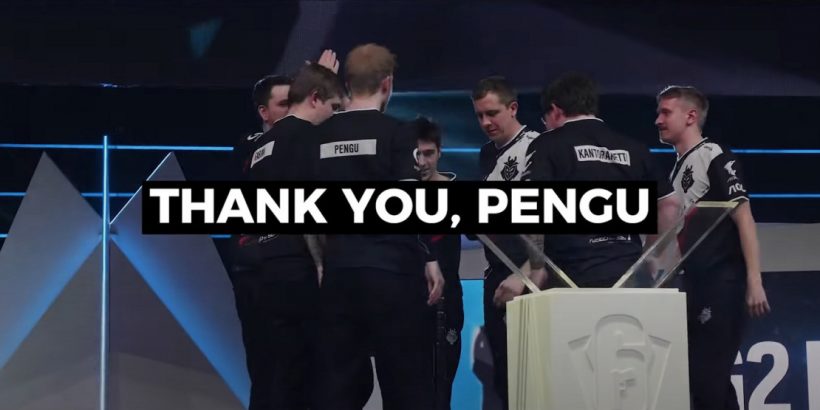 The prominent Rainbow Six Siege player, Niclas “Pengu” Mouritzen is leaving behind his five-year legacy. Pengu has announced his retirement from the competitive scene. The pro league player shared his decision via Twitter, linking to a video montage of some of his best moments with the team. Pengu also discusses his retirement plan of becoming a content creator, with hopes to return to the scene under a different role.

On Monday, March 1, fans of G2 Esports said their goodbyes to a prominent Rainbow Six Major champion. Pengu is widely considered one of the best players in the entire pro league. Since 2016, he has achieved first place in over 30 tournaments. His legacy began with a title win in the first season of the Pro League on PC. His achievements reached an all-time high well into Season four, where he joined Fabian “Fabian” Hällsten, Daniel “Goga” Romero and Joonas “jNSzki” Savolainen. This group formed the most dominant Rainbow Six team.

As the most decorated player in the league, Pengu won the Six Invitational back-to-back, as well as one Six Major and one Minor, and four Pro League titles. His most recent achievements include winning first place in the European League 2020 Finals; there G2 won $60,397.5 in prize money.

The Rainbow Six community considers Pengu to be one of the greatest players in the league. However, prior to his retirement, Pengu had voiced his fair share of discontent in playing professionally. In his personal video announcement, he states how unhappy he’s been. He also recently stated that he had felt stressed and sick during the European League finals. Regardless of any burden on his shoulders, Pengu still found time to stream to his almost one million Twitch viewers.

Pengu’s retirement from the competitive scene doesn’t mean that he’s leaving the community altogether. In his announcement video, he announced that he will continue streaming and creating content for G2 with hopes to become an analyst, coach, or caster one day. In addition, he also revealed that he’s been working closely with G2 on his replacement, and shares that he’s confident that G2 will continue to stay strong for the future.