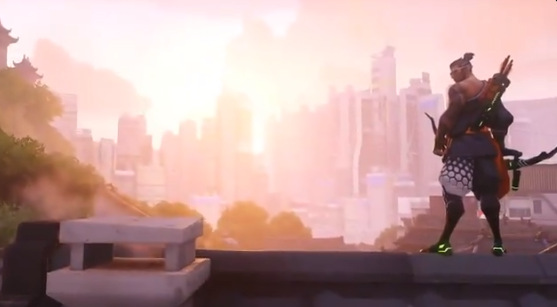 After revealing a new Overwatch map called Kanezaka in mid-December last year, the developers are finally launching it. Kanezaka will be playable starting January 12, launching with a new mini-event based on it. This Overwatch event is called the Kanezaka Challenge, and it also reveals a new Hanzo skin. However, this event is only from January 12 to 25. This event is based on the release of the map and the skin shown, but the map will of course live on afterward.

Kanezka is the final new map for the first Overwatch game. This Japan-based map is for free-for-all matches, as revealed through the games test servers just before Christmas. Kanezaka will become Overwatch‘s third free-for-all map, alongside Petra and Chateau Gillard. Just like we stated in the reveal, this map is more focused on the arcade game modes. Because the map itself doesn’t have objectives, we won’t be seeing it in competitive or quick play.

However, the new map’s reveal also has a mini-event to join it. From January 12 to 25, players have another skin to grind for. Much like other mini-events over the years, winning nine games in any game mode will get you a new Hanzo skin. It seems to be a similar concept to some of Genji’s skins, which focused on his look before his omnic transformation. This skin seems to be Hanzo’s younger self, but still sometime after his dedication to the bow and arrow.

Due to how popular Genji’s skins always have been, I imagine that most players will be using this skin both in and out of the new map. Either way, it’s nice to see Blizzard announcing this before their online BlizzCon event this year. Now, players can get their hands on the new map and skin as soon as they can.