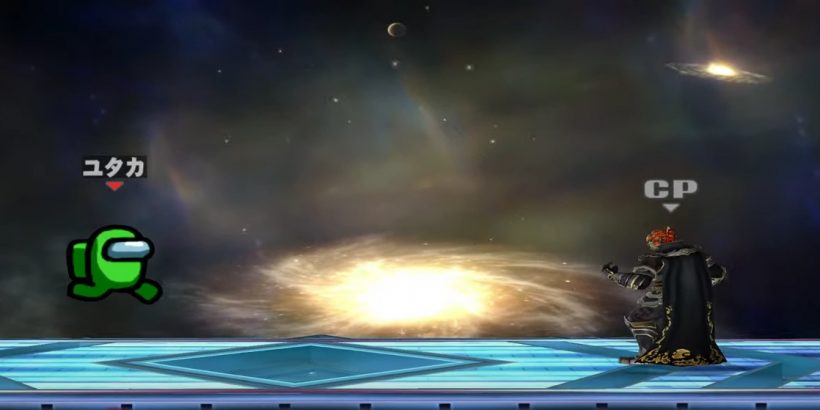 A talented modder has combined two of gaming’s biggest hits by adding an Among Us imposter into Super Smash Bros. Brawl. The imposter looks like it came straight from the Skeld and it has an impressive amount of moves, combos and animations.

Japanese YouTuber ユタカ showcased the 2D mod with a short video of the imposter finding an invitation to join Brawl. It then cuts to a montage of the imposter using its various moves—a gun shot, punch, vent jump, and more—against characters like Snake and Ganondorf. All of the impostors kill moves in Among Us have been translated into moves in Brawl.

Adding new characters to fighting games like Super Smash Bros. is an intimidating task. Developers of all type of fighters have talked about how difficult it is to make new characters work with the rest of the roster. This character, like most that are still new, may be a little overpowered. Many commentators have been quick to point out that this imposter’s ability to hide in a vent could cause some balance issues.

This mod is the latest of the many mods the community has made for Super Smash Bros. Brawl. The mod scene for the Wii fighter became famous after players created the Project M mod that made Brawl play more similarly to Melee. Other mods include player-made buffs for lower tiered characters as well as the addition of dozens of new characters. Brawl mods can be accessed on the Wii through an SD card or through the Dolphin emulator on mobile and PC.

The vent from Among Us makes an appearance in the mod. Screengrab via ユタカ

The mod also includes four color variations for the imposter as well as sounds from Among Us like footsteps and weapon noises. The Final Smash, which is triggered by breaking the Smash Ball, takes the death screen from Among Us and shows the imposter plummeting back to Earth and crash landing on the stage. The video shows the move killing two Ganondorf players.