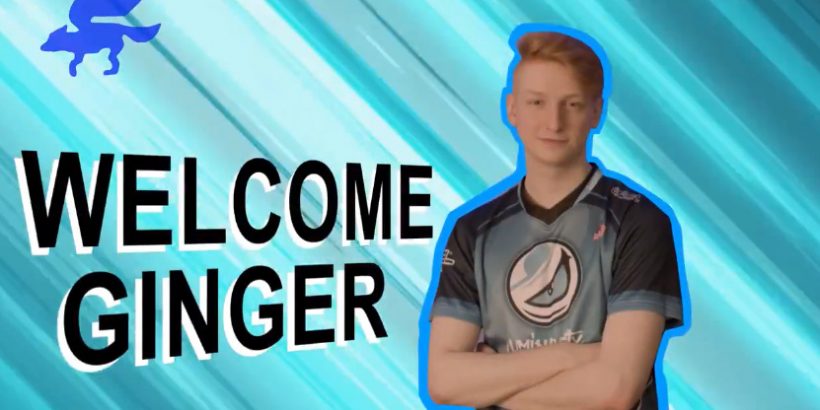 Luminosity Gaming has signed Avery “Ginger” Wilson, marking the organization’s return to Super Smash Bros. Melee. This move to sign Ginger for Melee comes after more than three years without a Smash player on the Luminosity roster.

Luminosity confirmed the news in a video posted to their Twitter account on Feb. 7. The video also announced an upcoming tournament called Ginger’s Pot of Gold. Ginger then shared the news to his own Twitter account shortly after Luminosity’s initial announcement.

Ginger’s official induction into Luminosity Gaming marks the culmination of a process that began in December. Luminosity inquired about which Smash pro player to sign, even seeking advice from Juan “Hungrybox” DeBiedma, Melee’s No. 1 offline player. Hungrybox vouched for Ginger, to which Luminosity responded, “We hear you loud and clear.”

Previously, Luminosity signed Super Smash Bros. 4 player Yuta “Abadango” Kawamura and Smash Melee player Mustafa “Ice” Akçakaya. However, both players left the organization toward the end of 2017, and were not replaced with other Smash players until now.

Ginger is the first Super Smash Bros. Melee player to join a major esports organization this year. Although there have been no official Melee rankings since 2019, Ginger now considers himself a top-10 player. This claim is backed up by his impressive performances at online tournaments throughout 2020.

Last year, Ginger placed third at Get On My Line 2020, fifth at Smash Summit 10 Online and seventh at the LACS 3. At these events, and others, he racked up wins against many of the best Melee players in the world. These included Hungrybox, Justin “Plup” McGrath, Cody “iBDW” Schwab, Jeffrey “Axe” Williamson, Edgard “n0ne” Sheleby and Zachary “SFAT” Cordoni.

Of course, Ginger is no slouch when it comes to offline play either, as he finished 2019 ranked No. 21 in the world. During the brief period of offline competition at the beginning of 2020, Ginger defeated the likes of SFAT, Shephard “Fiction” Lima and Steven “FatGoku” Callopy. As a result, Luminosity can expect Ginger to perform well at in-person and online Smash Melee tournaments alike.

Disclosure: Luminosity Gaming is a subsidiary of Enthusiast Gaming, which owns and operates Daily Esports.