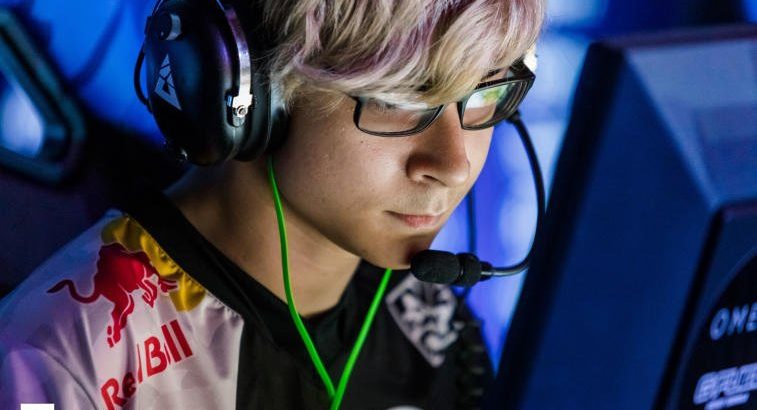 Tyson “TenZ” Ngo was planning on watching the Valorant Champions Tour Masters event from his bedroom, not competing in it. After a surprise message from the number one team in North America, Sentinels, TenZ couldn’t just “let that type of opportunity go.”

TenZ started his competitive Valorant career by being picked up by one of the most prestigious organizations in Cloud9. Soon after, he became the first player in North America to reach the highest rank, Radiant. He has become one of the most mechanically gifted players in the world, but his first team never lived up to TenZ’s potential.

Cloud9’s explosive start in competitive Valorant was short-lived as new organizations and rosters joined the league. After three back-to-back 3rd place finishes, Cloud9 started to struggle against competition they had dominated before. They failed to qualify for the First Strike event in December and shortly after TenZ announced he would be stepping away from competitive Valorant.

“2020 was amazing for me. It was the year I was able to blow up in competitive play, my Twitch stream, all the socials,” TenZ explained, adding that he wanted to take a step back due to the pandemic. “Only towards the end of 2020, we had some decline as a team together. Stepping down from the team is a personal choice of mine. I’m really excited for what the future of [Valorant] holds in the competitive scene.”

TenZ explained that he wanted to focus solely on content creation for Cloud9 until the pandemic ended. He said he would reassess the situation periodically, especially when offline tournaments return. In early March, Riot Games announced that they would be holding the first-ever Valorant offline tournament in Reykjavík, Iceland in May.

Just days before Valorant Masters was set to begin, Jay “Sinatraa” Won was accused of sexual assault by his ex-girlfriend. Both Sentinels and Riot Games suspended Sinatraa until an investigation into the allegations could take place. Sentinels, still wanting to compete, had to scramble to find a suitable replacement in time to play. The squad didn’t have a lot of options to choose from as Riot Games’ official rules prevent anyone from playing for two teams. That meant that Sentinels would have to recruit someone who had not played in the VCT qualifiers.

“We had asked Dizzy to step in if TenZ didn’t work out,” said Sentinel’s Shahzeeb “ShahZam” Khan after a win against 100 Thieves. “If the orgs couldn’t come to an agreement about the contract situation, then we had Dizzy on board to play with us. [Dizzy] was our original fifth player before we got Dapr.”

Coby “Dizzy” Meadows was a professional Apex Legends player for NRG Esports in 2019 where he won several tournaments. Before adding Michael “Dapr” Gulino to the roster, Dizzy was going to make the switch to competitive Valorant.

TenZ reflects on his return to professional Valorant

Daily Esports spoke with TenZ’s shortly after his 2-0 victory over First Strike Champions 100 Thieves. In his interview, he touched on what it was like to return to the competitive scene so soon after stepping away.

“I definitely didn’t expect to come back as soon as I did,” he said. “I was just going to spectate Masters and then the situation with Sentinels happened and they asked for me to sub. Realistically, playing at one of the biggest events of the year for North America, I couldn’t let the opportunity just go.”

It had only been two months since TenZ initially stepped back from competitive Valorant, but he hasn’t lost a step in Riot’s premiere shooter. Sentinels have remained the number one team, according to TheSpikeGG, since their dominant performance at smaller tournaments. Now they’ve cemented that position after this grand finals win.

TenZ shines a light on his performance with Cloud9

“My time with C9 was definitely interesting. We had some highs, some lows, I had a lot of fun playing with the original C9 squad. It was a chill environment, just sometimes we couldn’t cut it and we choked a few grand finals.”

After winning the Elite Esports – Rivalry Bowl, eUnited Charity Clash, and the NSG First Strike Qualifier, Cloud9 dipped dramatically in performance during TenZ’s tenure on the team. The squad placed fifth on average fifth during the rest of the tournaments and qualifiers. When TenZ stepped back to focus on content creation Cloud9 continued to dip in performance, placing ninth or worse during competitions.

Cloud9 recently released Daniel “Vice” Kim from their roster after a forfeit at the grand finals of the NRG Monthly March Qualifier. They have shuffled around their roster heavily since their performance began to decline, although they haven’t found success with any squad changes. Now, Cloud9 is at risk of losing TenZ for good.

After a nearly perfect Upper Bracket run at Valorant Masters, Sentinels are the Champions of North America. TenZ was able to help Sentinels to the grand finals despite only practicing with the rest of the team once beforehand. The squad lost one map to Luminosity Gaming in the first round of the upper bracket during the entire tournament.

FaZe Clan and Sentinels will both be competing at the offline event in Iceland in May. In the interview after their 3-0 sweep against FaZe Clan, TenZ expressed how great it felt to win again. He also spoke on the fact that he would not mind continuing to play with the Sentinels guys from here on out, although he doesn’t what the future holds.

“It feels amazing to win. I definitely have that competitive itch and I really notice it [the drive to compete] most through winning and playing with a bunch of fantastic players. I do want to be a professional player.”