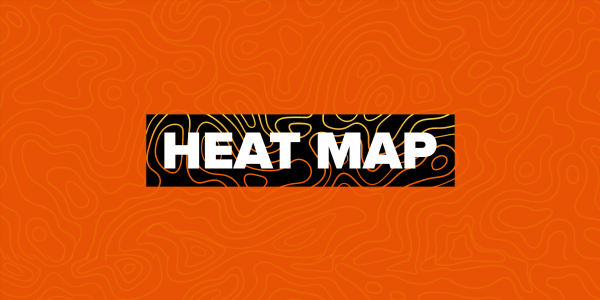 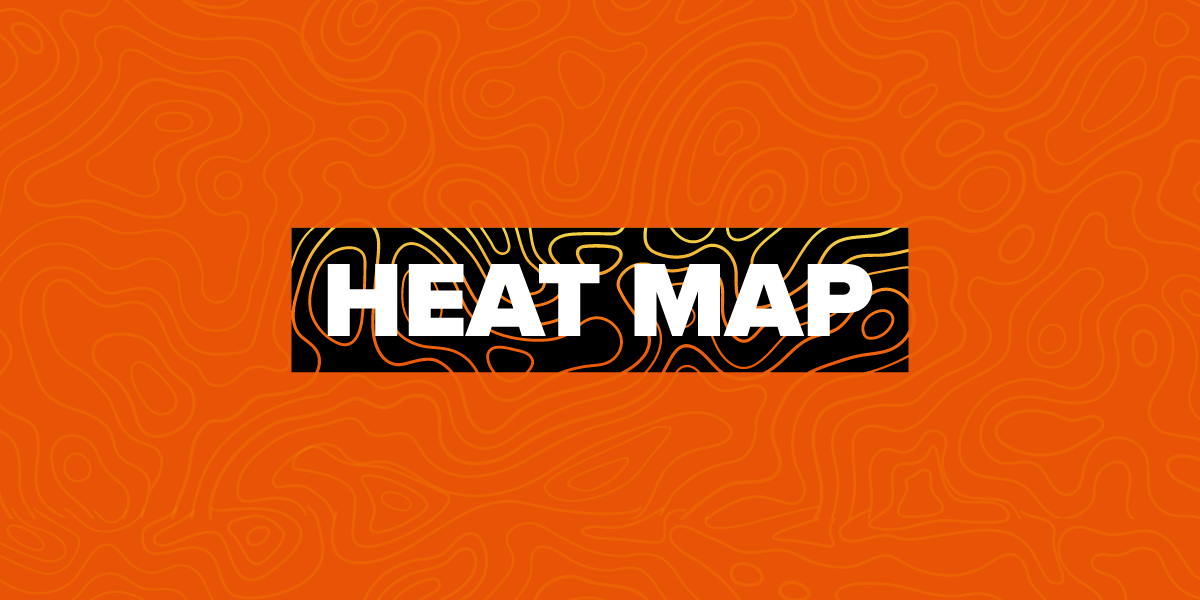 Last week, gaming and esports audiences were treated to the latest artefact in what I’m calling ‘animesports’ — a portmanteau of anime and esports.

Lifestyle gaming brand and esports organisation 100 Thieves dropped a 13-piece apparel line in collaboration with smash-hit manga and anime series Attack on Titan (AoT). The organisation hosted a one-day experiential pop-up at its CashApp Compound headquarters in Culver City, California on March 11th, giving attendees the first chance to purchase the collection before it was available online the following day. The online store completely sold out in an hour.

In a way, the proliferation of the cross-pollination of intellectual property, digital and physical experiential events and personal expression through merchandise is exactly what the metaverse is promising to achieve. Except, fans don’t need a metaverse platform to get what they’re after — brand collaborations, impressive execution and narrative storytelling do the trick (and if Forbes is to be believed, metaverse burnout is real). 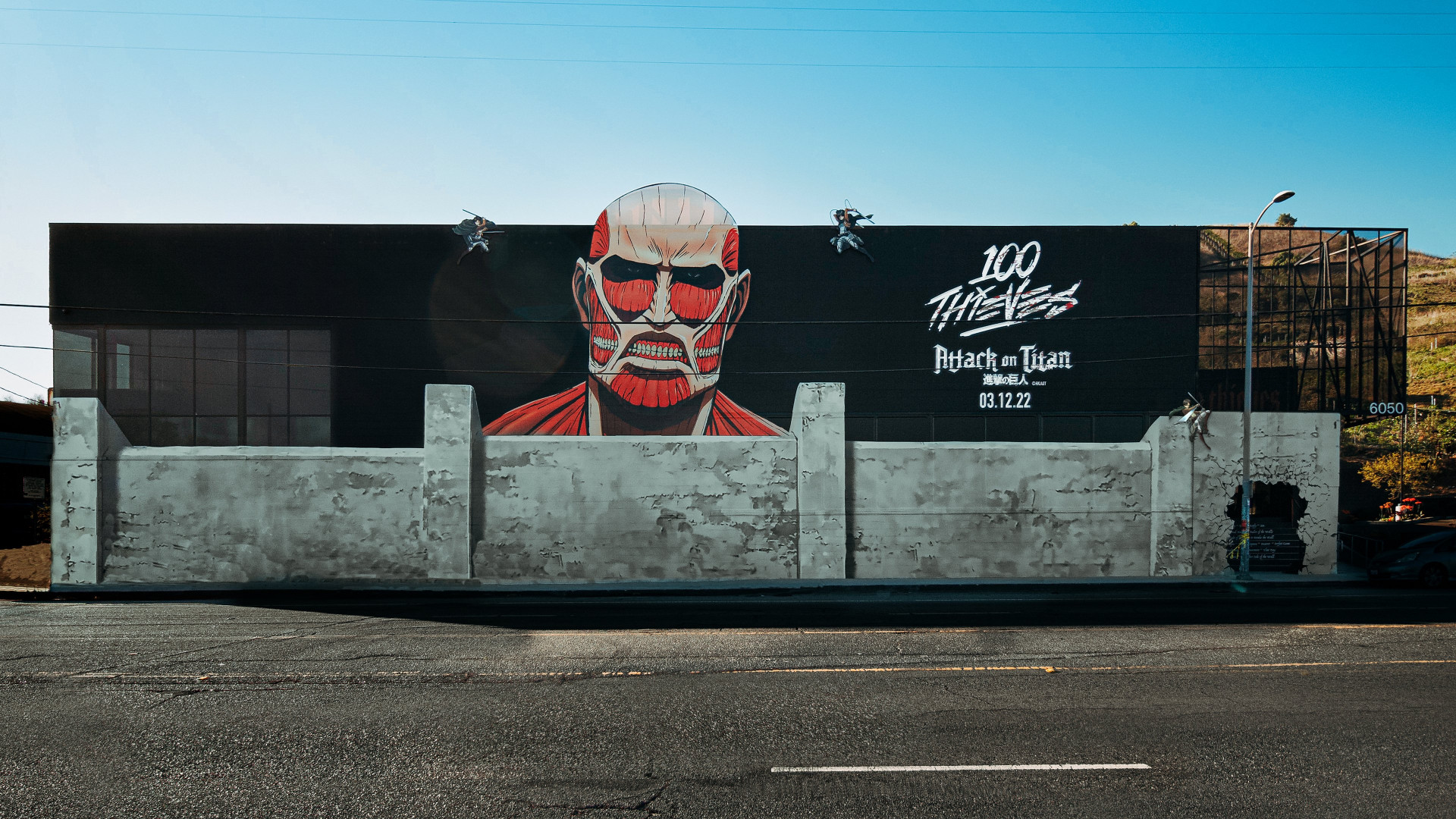 Attendees of the crossover campaign’s pop-up were immersed in an invasion of Attack on Titan inspired artwork throughout the facility, met with the org’s staff & creators and were surrounded by like-minded, passionate peers for hours. Hundreds of people queued patiently for something special — just like the good ol’ days.

Damian Estrada, Director of Product Marketing at 100 Thieves, told Esports Insider over email that the 100T x AoT collection was not inspired by any prior esports-anime crossovers. Instead, the team saw an opportunity to showcase how 100 Thieves can raise the bar and serve all parts of the community.

The multi-faceted synthesis of brands and aesthetic that the campaign offered was proof, for Estrada, that esports collaborations can be much more than ‘just merch’. The campaign wasn’t just a commercial opportunity to capitalise on a trend — rather, an endeavor of passion to integrate the org’s identity into the greater anime-inspired universe. “Anime is so true to the core of who we are at 100 Thieves and you’ll definitely see more coming from us in this space,” he said.

Estrada worked at Team Liquid for six years where, prior to joining 100 Thieves, he “focused heavily on apparel and branding, launching collaborations with Marvel, tokidoki, and Naruto Shippuden,” according to his LinkedIn profile. Team Liquid was arguably the first org to fly the animesports flag, launching two co-branded collections in collaboration with Naruto Shippuden last year, while Estrada was still in its ranks. 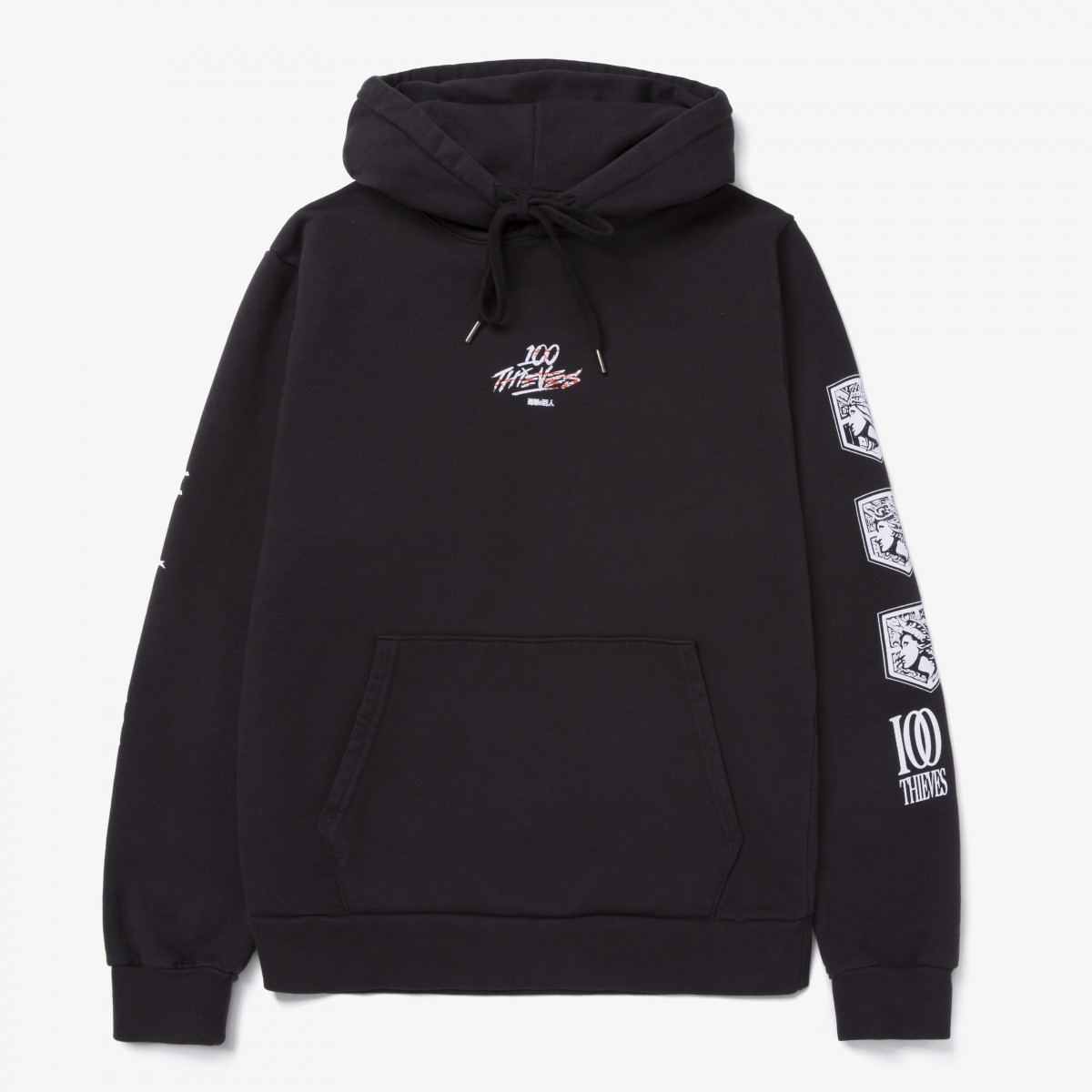 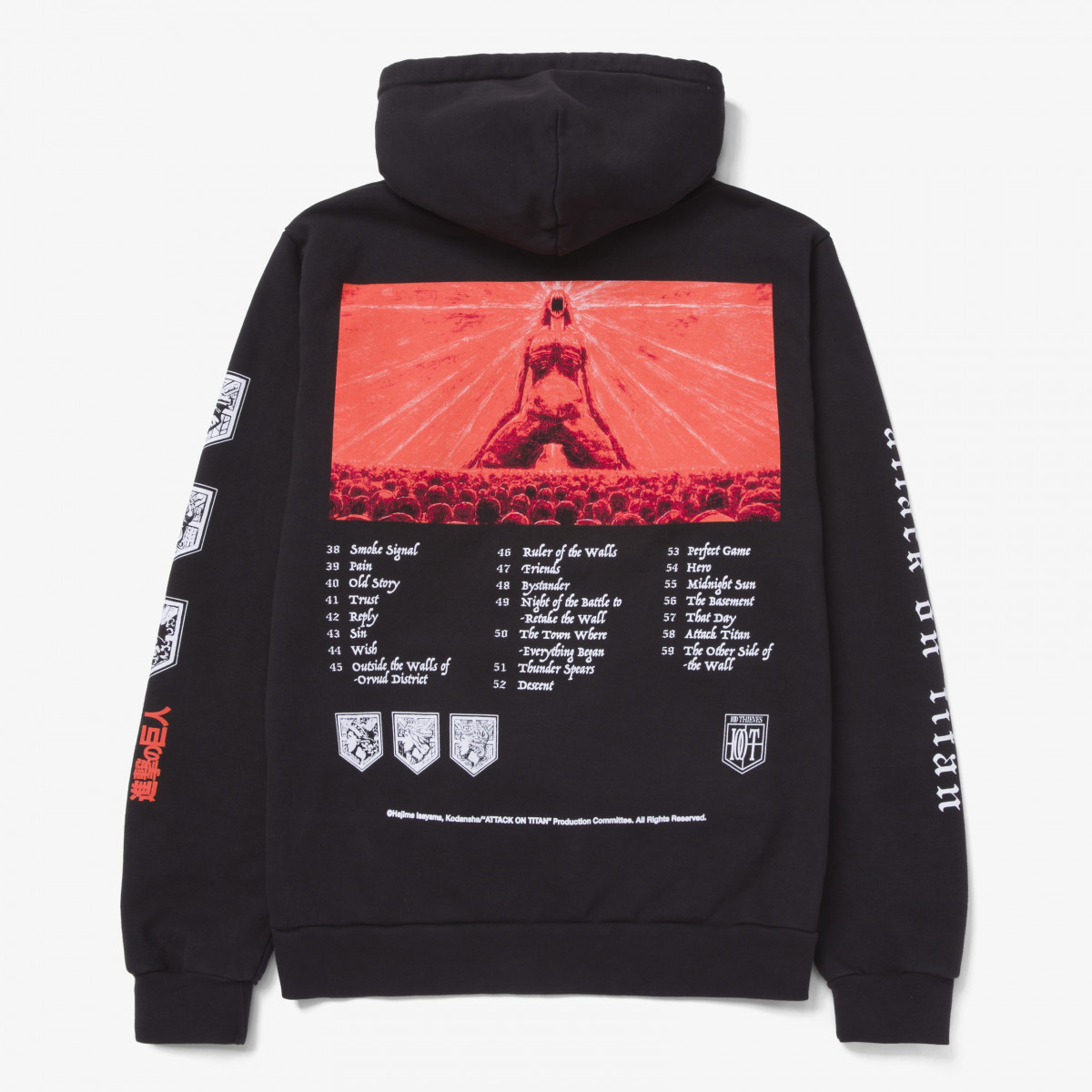 Alexander Lee, Director of Consumer Products at anime streaming platform Crunchyroll, worked on the Team Liquid x Naruto Shippuden collaboration as well, he said in an email exchange with Esports Insider. While both Team Liquid and 100 Thieves anime collaborations share a gaming lifestyle thread, Lee believes there are great future opportunities to be found in crossover peripherals and hardware.

100 Thieves-owned peripheral start-up Higround must have their ear to the ground. Glimpses of a previously unannounced Higround x AoT collaboration were shown at the pop-up. The org confirmed to Esports Insider the products will be available on StockX in April. This marks the second time the two have gone in on a product launch together, after the debut 100T x Higround keyboard.

100 Thieves Founder & CEO, Matthew ‘Nadeshot’ Haag, has long been vocal about his love of anime, tweeting regularly on the subject. In 2019, Haag posted the results of an artist commission, imagining iconic anime characters outfitted in fictional 100 Thieves merchandise, concluding with: “I can’t quite show everything off right now because I’d be spoiling future apparel drops at 100 Thieves, but I couldn’t wait any longer to share the ones I can.”

RELATED: The next level of merchandising: We Are Nations’ push for apparel prominence

It could not be confirmed whether any 100T x AoT artwork was included in the 2019 commission.

According to Crunchyroll’s Lee, “Video game crossovers have traditionally gravitated towards what’s relevant, and anime has experienced a resurgence in recent years.” He attributes this exponential growth of interest — or what he calls the ‘Second Anime Renaissance’ — to the proliferation of streaming services.

“Back in my day, anime fans had to hunt down fan-subs on VHS or DVDs,” he said, “compared to today where there are virtually no barriers to entry. Anime content has always been amazing, it’s just being discovered by a new generation of binge watchers now.”

The windfall of awareness that esports found during yesteryears’ lockdowns likely spread across to anime as the same audiences were hunting for new and exciting digital entertainment as everyday life slowed to a crawl.

According to analysis that Lee’s seen, anime fans and gamers share a near one-to-one correlation in interests and habits. “Both are early adopters of technology and key influencers of entertainment trends. Also, both are always online AND highly engaged… whether it’s for streaming and-or sharing content on socials.” Looking deeper, he pointed out, there’s a red thread of deep appreciation for art and narrative storytelling shared in between the mediums. 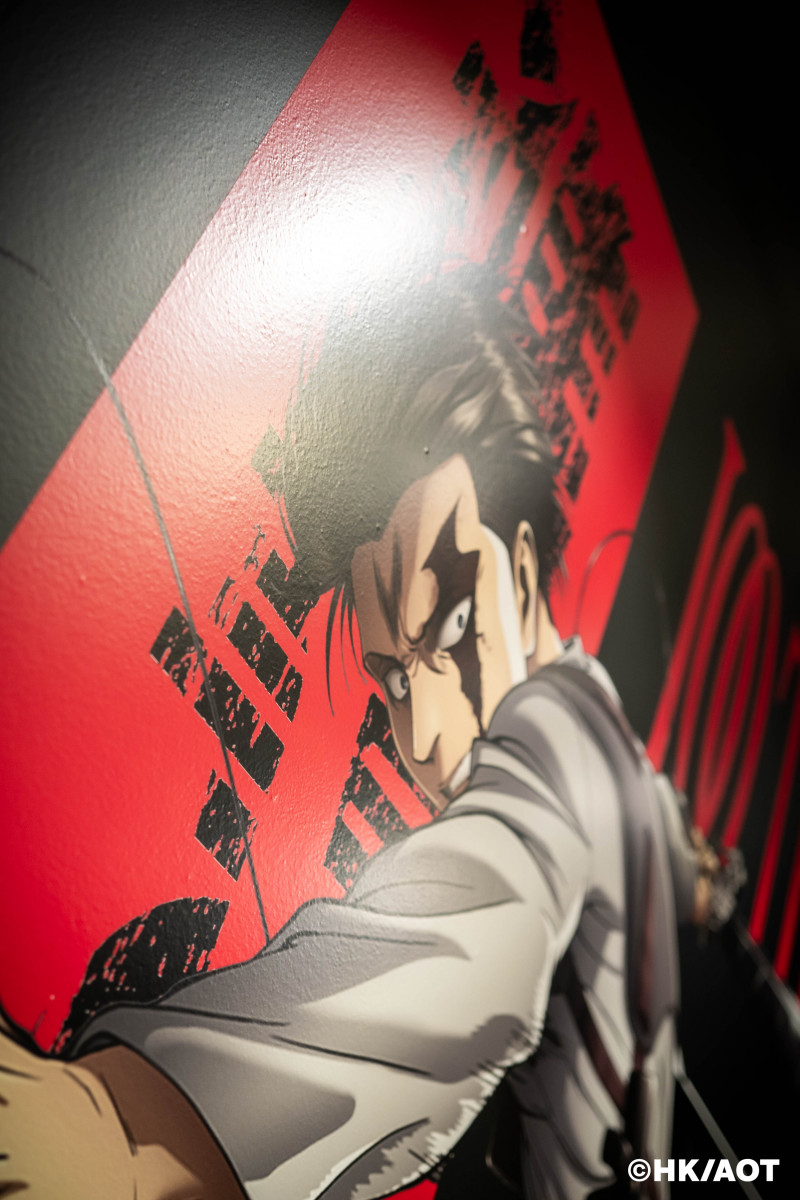 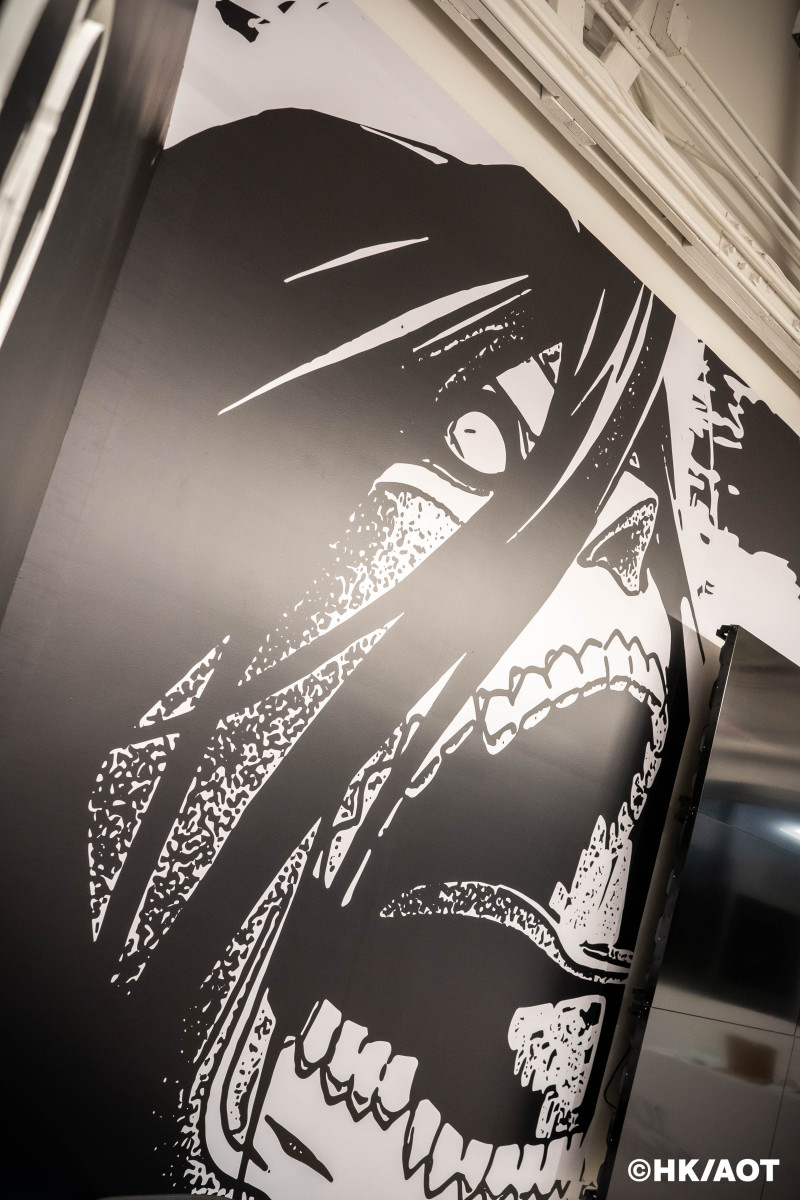 Attack on Titan has been pushing gaming crossovers to the limit this year as the anime bounds closer its series finale this month. January saw recent activations in Call of Duty: Vanguard and Call of Duty: Warzone. Gaming chair maker Secretlab released its AoT collaboration in February. Last year, publisher Garena announced an AoT crossover with its mobile MOBA title Free Fire just a month after a One Punch Man crossover event.

Interestingly, IP rights for Attack on Titan, Naruto Shippuden, and other anime titles seen crossing over into gaming belong to Sony-owned Crunchyroll. Sony acquired the anime streaming platform for $1.175b last August and completed the fusion of Crunchyroll and Funimation in February.

Tatiana Tacca, Founder of Oni Vision, an esports, gaming & anime consultancy agency launched last October, told Esports Insider that anime appreciation has been natural and endemic to the industry, as seen by streamers, pro players, and influencers’ vocal passion for the medium. “As anime finally becomes recognized as a part pop culture,” said Tacca, “we’ve seen creators and esports organizations play an active role in the scene and conversations.

“As a result, many have embraced the aesthetic of anime as an expression of their fandom. Beyond merchandise, we’ve started to see this across avatar artworks, org graphics, and especially in the VTuber phenomenon, where creators leverage augmented reality anime avatar filters tethered to motion tracking and video recording software.” 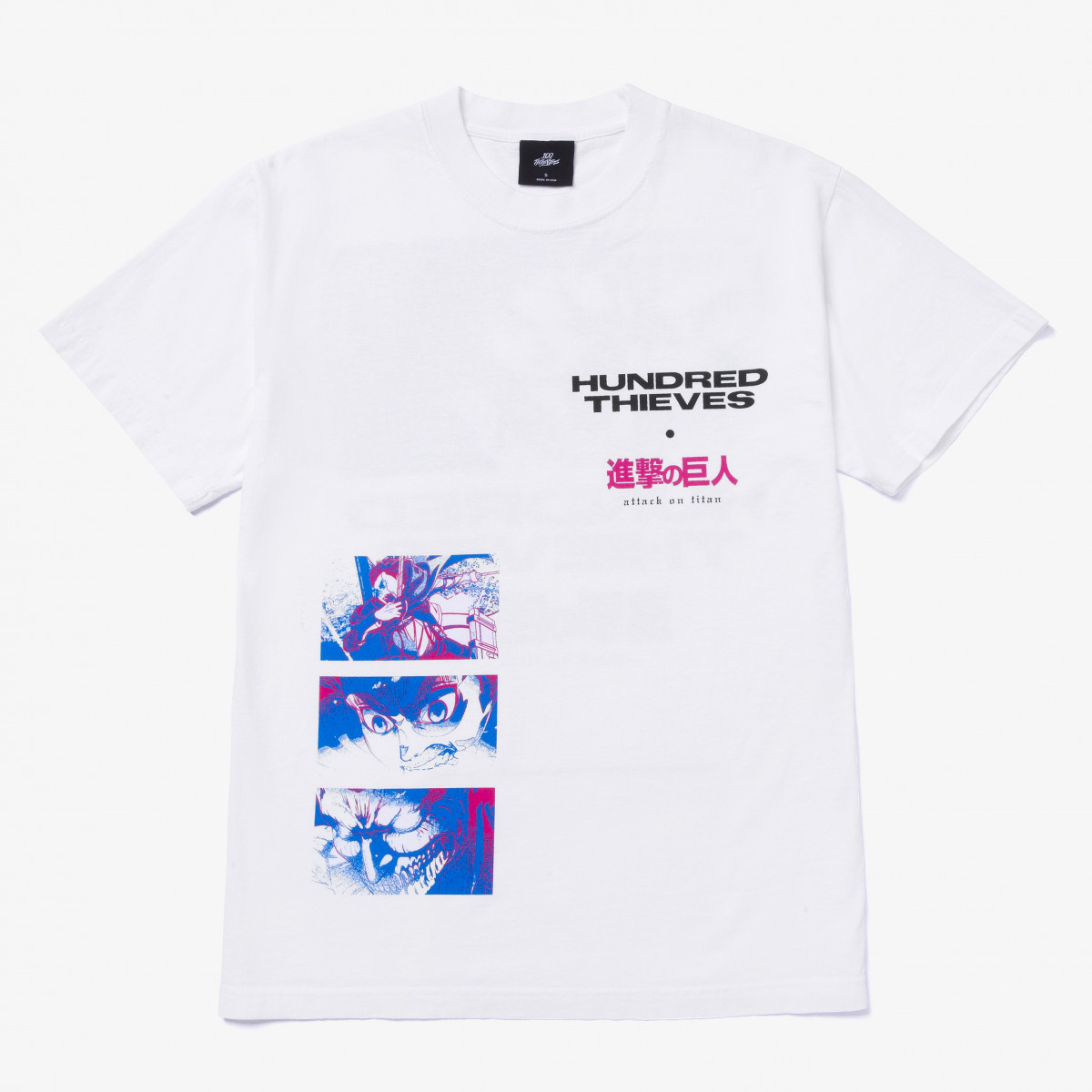 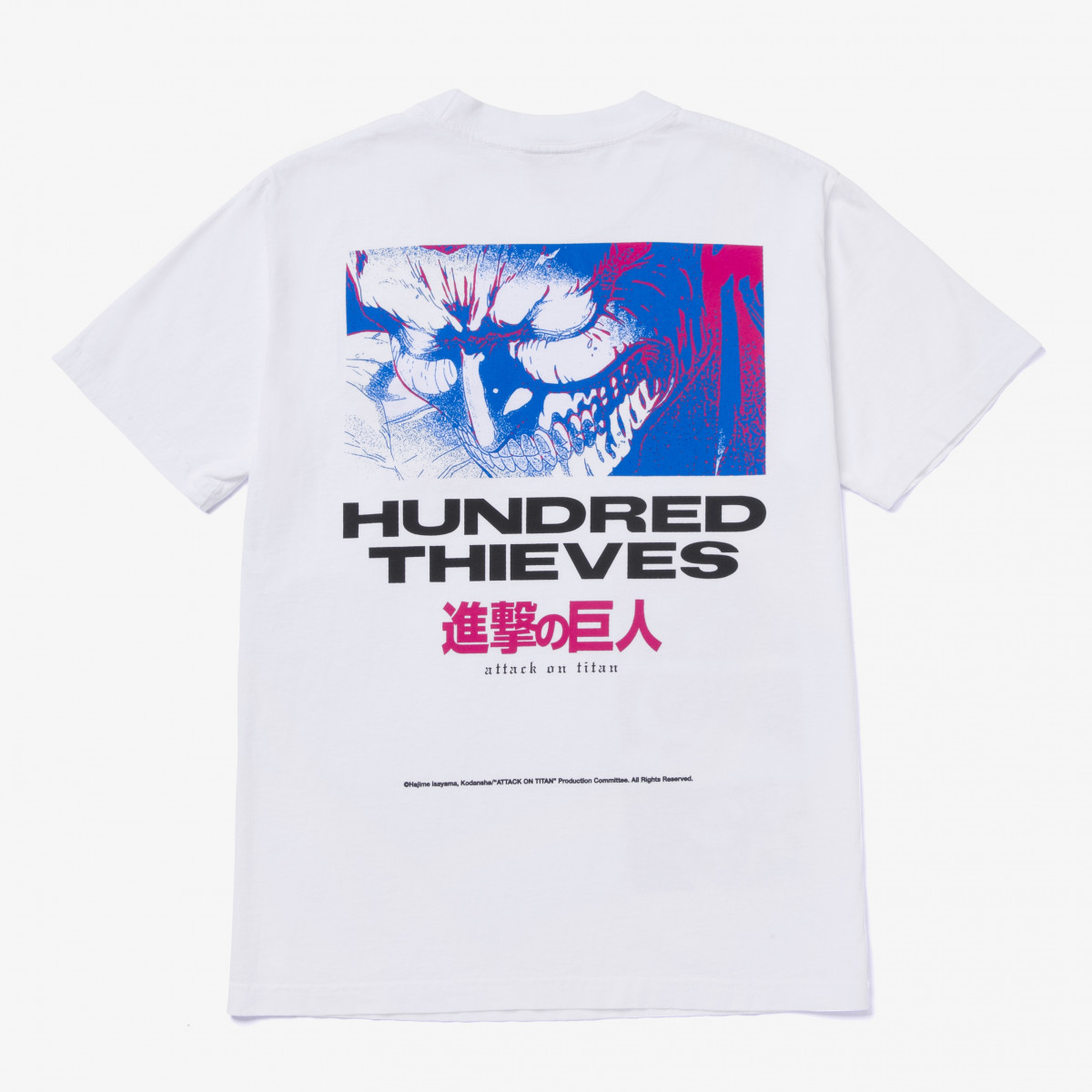 Just yesterday, developer Nimble Neuron announced a partnership with esports organisation Gen.G to promote its anime-inspired survival title, Eternal Return. According to the release, the focus of the partnership is promotion of the title to Gen.G’s audience, which is largely split between North America and South Korea.

“Gaming and anime cross paths in so many ways. They’re both cornerstones in the larger cultural landscape, and our fans gravitate to their iconic storylines involving epic heroes and showdowns and rivalries and seeing the unbelievable happen,” Team Liquid’s Chief of Business Development Mike Milanov told The Esports Observer last February.

We’re living in hybrid lifestyle times and there’s likely no going back from here. Esports itself is a hybrid of traditional and new age competition and entertainment industries. Experiences are designed to cross over fluidly from the screen to the streets and back again thanks to imaginative, immersive technology.

Animesports is a logical chimera. A consumer end product of an endlessly scrolling, algorithmic content feed stabbed through with intertwining narratives, served up to digital natives with overlapping interests and too many tabs open.

The current timeline of late-stage capitalism exhibits an ever-shortening IP reboot cycle, media adaptations considering nothing sacred, and genres constantly mashing together to find a product/market fit. The monetisation of everything feels like the only commercial option left — that is until the metaverse is realised and adaptors get to ride the looping race to the bottom again, faster, and in 4D.

All doomsaying aside, animesports appears to be exactly what audiences are after. Fortunately, brands are happy to collaborate to create experiences and artefacts that speak to the passions of the crossover communities, keeping fans equipped and entertained in a choose-your-own adventure narrative feedback loop, and begging the question: what will they think of next?