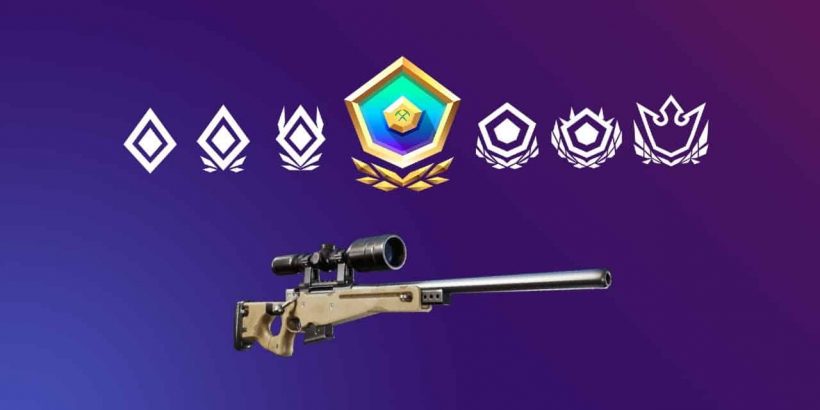 It’s undoubtedly no Swiss picnic to reach the Champion Division in Fortnite: Battle Royale’s Arena Mode. Just ask the thousands of players who fail to advance past the Contender Division. Although Arena is a toned-down version of competitive Fortnite, it takes hours, patience and some semblance of skill to reach the game mode’s highest rank. Some choose a placement-heavy approach to maximize Hype points, whereas others w-key and rely on eliminations. The journey of Twitch streamer “Vyse_domo” is a remarkable one, as in one month, he reached the Champion Division using only a sniper rifle.

Also Read: Are Prize Pools Plummeting? Benjyfishy and Others React

A post went viral on competitive Fortnite’s subreddit, the Twitch streamer boasted his final elimination before officially accomplishing the goal at hand. The elimination itself was a doozy; Vyse tanked storm damage with healing items in the match’s closing moments. He subsequently embarrassed his opponent with a Call of Dutyesque 360 no-scope, effectively ending his career. Vyse’s final elimination validated a month of hard work that I’m not sure anyone accomplished before him.

Reddit provided him a platform to showcase his achievement, where curious commenters could not help but wonder how he managed such a challenging task. “It was mostly planned 3rd partying, so like I would get a guy to come towards [sic] me make him fight another guy, get to a position were I could snip and bam,” he said. Vyse’s approach was methodical; he even admitted that he only camped when there was no sniper available. What’s even crazier is that this feat took him only 17 hours to complete.

Vyse not only steamed the entire process but also strung together a compilation video. It’s a 16-minute watch, but well worth it considering the crazy quick scopes, no scopes and trick shots within. Vyse’s impressive run to the Champion Division is his second world record in Fortnite. The content creator also managed to reach Arena’s highest division on “Hardcore Mode,” which required him to remove his in-game HUD. That means no map, inventory, compass or health bars were visible to him. Another impressive feat that not many could handle.

Evidently, Vyse possesses superhuman patience and skills, and we can only imagine what he has in store next. Perhaps he will reach the Champion Division blindfolded. This type of revolutionary content keeps Fortnite fresh and fun.