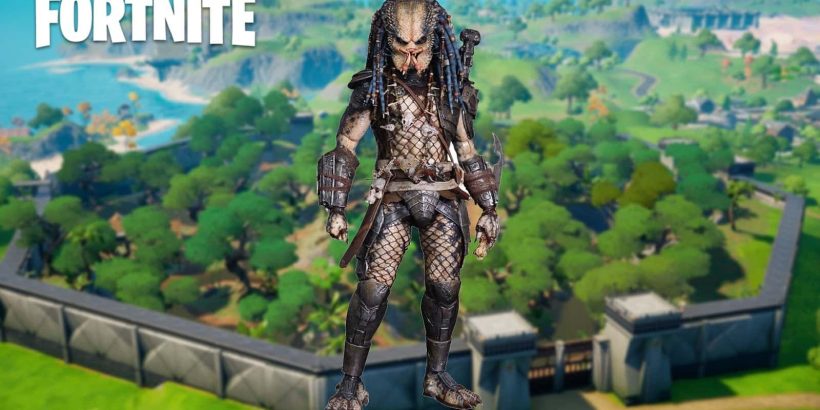 Fortnite just experienced the arrival of one ugly movie monster.

It was a quick turnaround for Epic Games after releasing Fortnite: Battle Royale patch 15.20 just last week. That update notably introduced an Easter egg, which hinted that iconic movie monster Predator crash-landed in Stealthy Stronghold. Two unlockable in-game Predator emotes then confirmed that the well-equipped hunter from another planet would soon arrive on Fortnite’s island. That premonition came true after patch 15.21’s downtime concluded early this morning. Predator is here, and he brought a slew of cosmetics to unlock and challenges for Fortnite fans to complete.

The antagonist of the 1987 John McTiernan-directed vehicle has joined the Fortnite Season 5 universe. Not only is he an unlockable cosmetic, but Predator is also a boss character who roams the jungles of Stealthy Stronghold. This alien hunter is the first boss of this season, and once defeated, he drops a Mythic gadget that most Predator-fans will recognize. It’s called Predator’s Cloaking Device, and the item grants temporary invisibility. He’s a bit troublesome to fight, considering that he uses the cloaking device, but focusing fire will get the job done.

Fortnite leaker ‘meetlootllama’ provided the complete list of quests this week. Finishing each challenge will grant players one of the cosmetics listed above. Here are all of the Jungle Hunter Quests that you’ll need to run through to unlock The Predator and other items:

Epic Games responded positively to competitive player feedback regarding the pesky IO Guard non-player characters (NPCs). The developers announced yesterday that these in-game patrol characters would no longer exist in Arena Mode. Patch 15.21 was their opportunity to remove these NPCs and create a more level playing field. Have no fear; you can now drop on Misty Meadows and multiple other locations without suffering the IO Guard wrath. It’s a welcome change for competitive players, especially with a $3M USD on the docket for early-February.

Also Read: FNCS to Feature $20 Million Prize Pool in 2021, Everything you Need to Know

Here are the bug fixes addressed in update 15.21, which you can locate on Fortnite’s Trello page:

That covers all of the changes that Epic Games rolled out in patch 15.21. If any additional details trickle down, we’ll be sure to update you here.