The DreamHack Online Open featuring Fortnite will switch from solos to duos beginning next month!

DreamHack announced during its October European Fortnite Online Open Finals broadcast that the tournament format moving forward would switch to duos from solos. Despite the intense matches and plethora of winners, players and fans grew tired of the same format month after month. This decision serves as DreamHack’s response to the collective competitive Fortnite community’s outcry for a change in the competition’s landscape. November will mark the first venture into duos for DreamHack with the same regions – Europe, NA East and NA West. Fortnite fans worldwide will be able to experience top teams; benjyfishy and MrSavage, Bugha and Avery, Cented and Edgey, Mongraal and mitr0, along with countless others next month. It’s an exciting time to be a competitive Fortnite fan.

When will DreamHack Duos Begin? 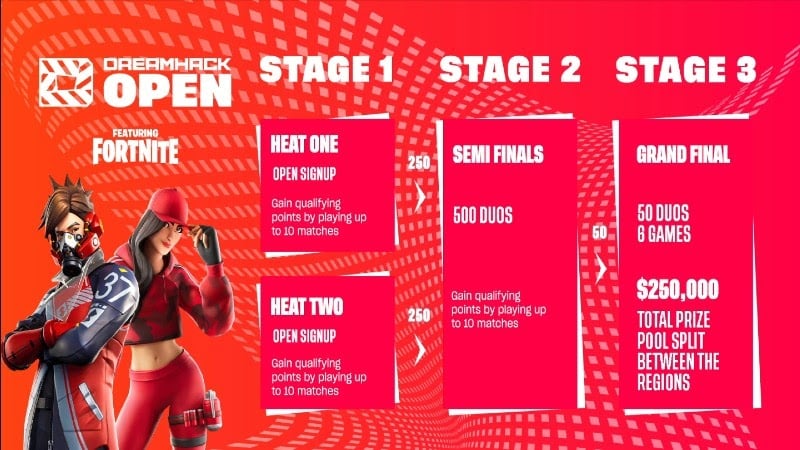 The same general format from the past four months will remain the same after the switch to duos. See below for the full tournament structure:

The same scoring system that players have grown to love will remain the same despite the format change. Placement points will begin at top-25, but that’s because there are teams of two in each game instead of individual players. Check below for a quick refresher of DreamHack’s point distribution. 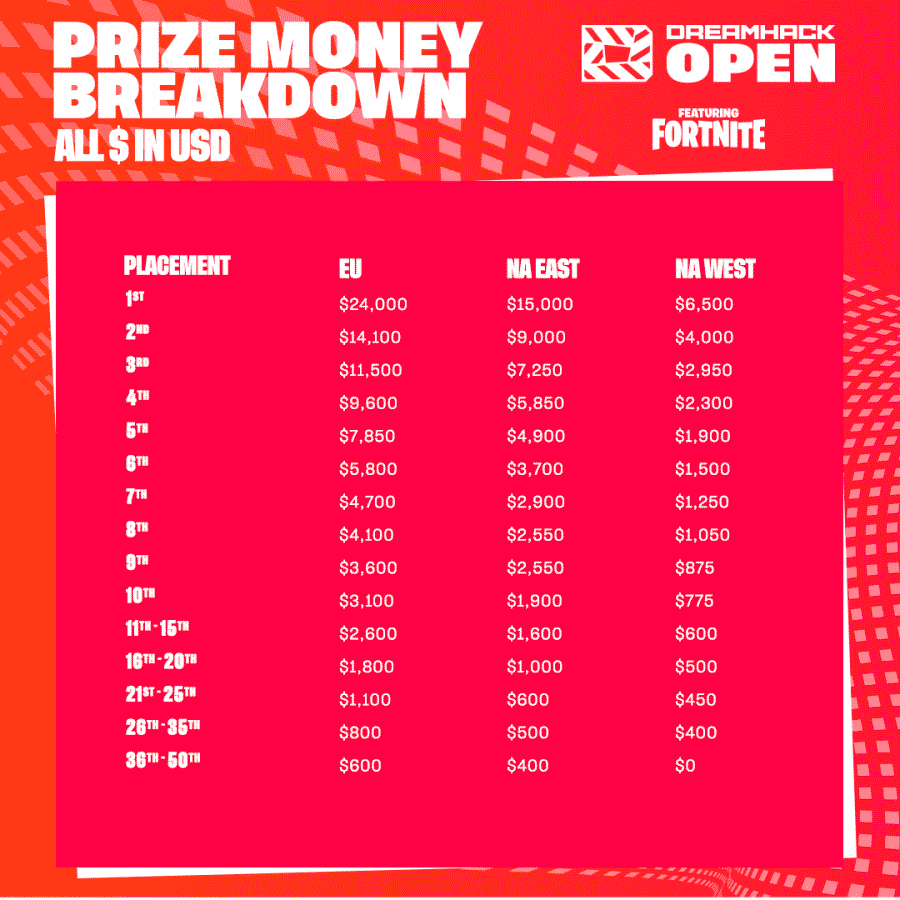 reamHack will hand out the vast majority of its $250K USD monthly prize pool to the European region. The winning duo from Europe will take home $12K USD each. NA East’s triumphant team will collect $7.5K USD each. NA West will hand out $3.25K USD to each of its winners. This prize money adjustment was necessary due to the switch from solos to duos. It will be interesting to see how motivated players are with this exciting news.

The Swedish production company – DreamHack – joined the competitive Fortnite scene a long time ago, beginning in 2018. After going on hiatus for quite a while, DreamHack came back storming with an open Fortnite tournament at its winter event in 2019. They followed shortly after with another offline event in Anaheim, which served as the last significant competition of its kind before COVID-19 shook the world. DreamHack helped fill the lack of offline tournaments in 2020, deciding to host the DreamHack Online Open featuring Fortnite. This tournament series split $1.75 million in prize money across multiple months and Fortnite’s top three regions – NA East, NA West and Europe.

DreamHack listened to the Fortnite community’s feedback and made the unprecedented decision to switch up the format. Stay tuned to ESTNN for more updates on the DreamHack Online Open featuring Fortnite!