Clix announced that he re-signed with Twitch.

Famous professional Fortnite player and streamer Cody “Clix” Conrod inked a contract extension with the Twitch streaming platform. The 15-year-old confirmed the news on Twitter. Clix joined Twitch in June 2018 and eventually exploded into arguably the most famous Fortnite streamer outside of Turner “Tfue” Tenney and Tyler “Ninja” Blevins.

Clix informed all 1.2 million of his Twitter followers with the exciting news. “I’m here to stay. Official re-signed with @Twitch LETS GOOO,” wrote the 15-year-old. He made a name for himself playing Fortnite primarily. Clix is well-known for his mechanical skills and bold personality. He is no stranger to a little trash talk toward both his opponents and friends in-game. Clix averages nearly 30K viewers on his Twitch streams – which typically feature Fortnite tournament gameplay, wagers and the occasional TikTok viewing. According to Twitch Tracker, he’s managed to grow quite a community for himself, with nearly 14K Twitch subscribers. His accomplishments in competitive Fortnite, however, elevated him to elite status within the scene. 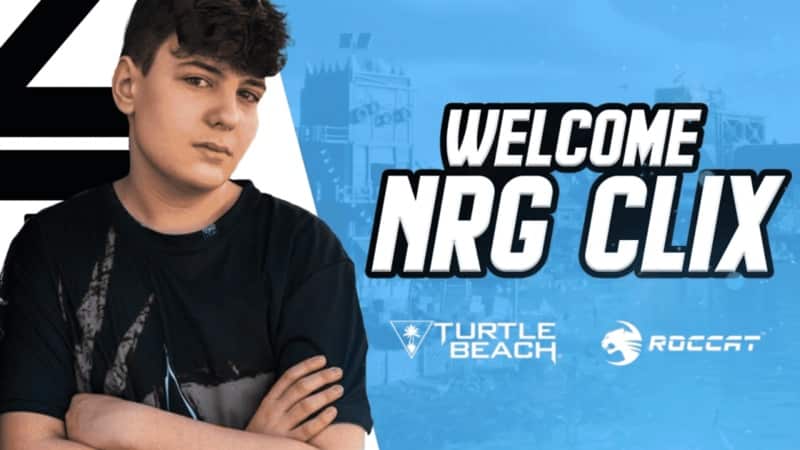 Dating back to the Fortnite World Cup, Clix has qualified for nearly every relevant tournament in the game’s history. The former Misfits Gaming turned NRG Esports competitor reached for both the duo and solo portion of Fortnite’s inaugural World Cup back in July 2019. Clix finished in 18th place and proceeded to achieve much more over the last year. He is one of the few professional players to qualify for all five Fortnite Champion Series (FNCS) Finals. More recently, Clix won the first-ever Bugha Throwback Cup and a Trio Cash Cup alongside former teammates Calc and MackWood.

Despite his dedication to streaming, Clix places well in tournaments and never shies away from his personality. It’s not surprising to see Twitch lock him up, considering his status as one of the most viewed Fortnite players on the platform. Clix continues to excel both as a personality and player. An extended Twitch contract will surely line his pockets as he prepares for Fortnite’s flagship FNCS tournament this season – where $5 million is up for grabs.

You can now Request the PlayStation VR Camera Adaptor for PS5