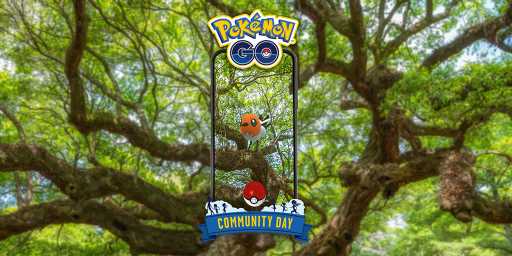 While Fletchling came to Pokémon GO back in December, those caught during the March 6 Community Day apart have a chance to be shiny, and all will receive an exclusive move once fully evolved into Talonflame. Players will also earn three times as much experience for capturing Pokémon and monster-attracting incense will last three hours.

Fletchling is a Flying-type Pokémon from the Kalos region that debuted in 2013’s Pokémon X and Y. It’s also the sixth generation’s signature starting bird, similar to Pidgey, Starly or Pidove. It evolves into Fletchinder and gains Fire-typing, then finally into Talonflame.

Talonflame has a rich history in the Pokémon competitive scene. It saw a lot of use in VGC during generation six thanks its signature ability, Gale Wings, which lets the Pokémon use flying type moves before most other attacks. Since Tailwind is a Flying-type, Talonflame was often able to double the speed of its partner Pokémon and run over the opposition together. Gale Wings also made Brave Bird a powerful attack to pick off weakened opponents in the late game.

Talonflame’s dominance forced Game Freak to nerf Gale Wings, significantly hampering its competitive usage. Nevertheless, it still made an impact on the franchise. Time will tell if Talonflame can make a similar splash in Pokémon GO player-vs.-player matchups, too, with Incinerate as a solid charged attack option for GO Battle League participants.