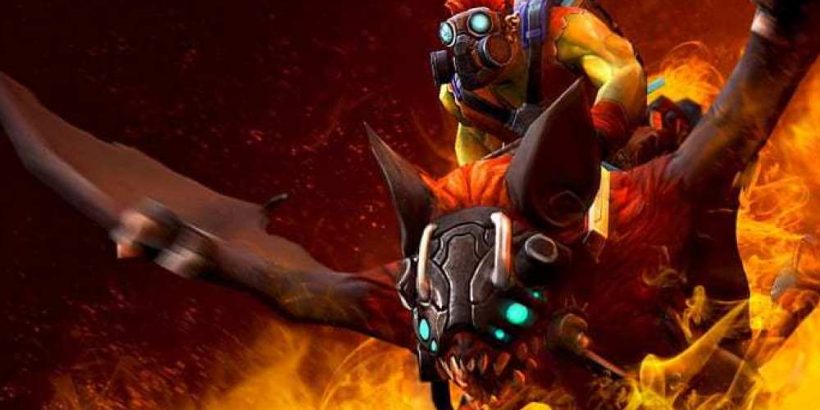 Time seems to be flying as it seems like just yesterday, Dota 2 patch 7.28 was released and in the blink of an eye, we’re already done with three weeks (around halfway) of season 1 of the DPC Leagues. The entirety of the DPC Leagues have been played on patch 7.28 with players having a good month to get used to the changes, especially the Aghanim’s Shards, introduced to the game. For events like the DPC Leagues, which tend to go on for weeks, there isn’t necessarily a stable meta. With new developments and players learning through games, strategies keep changing, and meta doesn’t get stale. A total of 436 games were played across all six regions in the first three weeks and as we head into the second half of the Leagues, let’s analyze the first half of the season in terms of how the pros have interpreted the meta with respect to heroes.

Puck tops the list of most played heroes and not only does it have the highest number of games played, the Faerie Dragon has an insane win rate of over 58%! It comes as no surprise as it was one of the heroes heavily buffed after hardly being picked in the last few patches. Puck also brings with it a factor of versatility, with the hero being played in every role from position 2 to position 5 (Puppey’s Puck is one of the most annoying ones to deal with). Team Liquid even put it in the safe lane with miCKe playing it. Puck can be played as a magic damage dealer or a physical damage dealer, depending on the talents and inventory that are picked up, which can be used to play a lot of tricks on the minds of the opposition. It also benefits from Witch Blade, one of the new items from patch 7.28, which seems to be tailormade for the hero.

Nyx Assassin and Wraith King are the two other success stories of the patch, with both heroes being in demand and having a very high win rate. Nyx, along with all his buffs, has one of the best Aghanim’s Shards in the game which decreases magic resistance by 20% and makes a hero very susceptible to getting bursted down by magic damage. Wraith King, who also has one of the better Shards in the game, has seen a rise in popularity due to his Mortal Strike critical hit being changed from a chance based crit to a time based crit, which makes life very easy in the lane for last hitting and guarantees a crit while jumping on to heroes.

Mars, Void Spirit and Earth Spirit are three heroes at the top who don’t have the best of win rates, with Mars and Earth Spirit having abysmal numbers. Mars is a possibly a residual comfort pick from the last patch for a lot of teams, and will possibly see his pick rate go down as the season advances. Monkey King and Batrider, two strong heroes from patch 7.27, continue to assert their dominance into the new patch for different reasons – Monkey King thanks to an amazing Aghanim’s Shard and Batrider for his improved ability to farm stacks early on (especially ancient stacks) with Sticky Napalm not doing reduced damage to creeps anymore.

Quite often, the list of most played heroes doesn’t paint the picture as clearly as the list of most contested heroes, as a lot of heroes are good to pick in only a certain phase of the draft and get banned out before that. Puck still leads the list with an astounding 92.43% contest rate, clearly signaling that he is the hero of the patch. But there are others like Nyx Assassin and Batrider, who have just as high a ban number as Puck (around 250 out of 436 games), showing how highly prioritized they are by the professional teams. While Nyx is one of the best position 4 heroes in the game right now, Puck and Batrider are amongst the top five mid laners in top tier pubs. There are also others like Outworld Destroyer, Timbersaw and Lycan, who have a high number of bans (around 200 out of 436 games), but not a very high pick rate. The possible reason for this is that these heroes are heroes that round up the draft well and like a Batrider or Puck, are not heroes teams want to pick in the first phase. Pick a Timbersaw in the first phase, and he gets countered heavily and becomes a non-hero. But against the right lineup, he is an unkillable pain in the behind. So teams ban these heroes when they feel they feel their draft doesn’t have the counters to them and if it does, the opposition is less likely to pick them. Majority of the bans for Lycan and Timbersaw have come in the second pick/ban phase, which says a lot. OD on the other hand sees more of his bans in the first phase, which is an indication that teams just want to avoid him in his uber buffed phase for now. Beastmaster is another hero which falls into this category, being mostly banned in the second phase of drafting.

Wraith King and Earthshaker sit atop the list of heroes with the highest win rate with over 62%. Wraith King is the carry of the meta for the reasons mentioned above and Earthshaker, even though he had a slow start to the patch, has caught up fast, thanks to his Aghanim’s Shard, which lets him chain stun heroes from afar, without having to put himself in harms way, as he earlier had to. The only other hero to breach the 60% barrier with them is Phoenix, who seems to be having sunny days even in the middle of winter. Phoenix was nerfed in Dota 2 patch 7.28 after a dominant showing in patch 7.27, but it seems he is still a very strong contender for the position 4 role. The hero also has a very good Aghanim’s Shard upgrade and as he doesn’t require too many items (more level dependent than item dependant), can prioritize getting a Shard early.

Undying, Grimstroke and Riki are three of the worst performing heroes from the first three weeks of the DPC Leagues. Riki’s inclusion in the list comes as a bit of surprise, as with his new Aghanim’s Scepter, the hero seems to be doing great in high level pubs. But tournaments are a whole different ball game and it shows. Ursa and Juggernaut being included in that list rounds up the three worst carries, and even though they are comfort picks for a lot of teams, might need some reconsideration as they can’t even hit a win rate of 40%.

The list of unpicked heroes is all those heroes who have picked in less than 10 games. The real heartbreakers here are Chaos Knight, Clinkz and Luna, who never seems to catch a break. Whatever buffs they receive seems to be inadequate in front of the cream of the crop for the patch. Tinker is another hero who hasn’t seen regular play in a long time, and it seemed he might with the recent buffs and Arcane Blink (which brings down Rearm channeling time to 0.375 seconds), but it seems not.

In hero combos that were picked in 15 games or more, the Nyx Assassin-Void Spirit Combo has the highest win rate with 21 games played. Second on the list is Phoenix-Mars, with their ultimates combining to form an excellent team fight winning combo. So even though Mars has been doing pretty badly on his own, with the right hero, he can form a lethal pair. Puck works the same way with Phoenix, pairing up Dream Coil with Supernova to put the opposition in a dilemma about which stun to get stunned by. The Puck-Wraith King combo is strong as Puck is currently the best tempo controller in the early game that can make a lot of space for Wraith King, who has become the new face for the four-protect-one strat, thanks to his crazy farm rate because of the new Mortal Strike.

The distribution of game duration shows that a majority of the games are stacked in the 30 to 40 minute bracket, with the remainder of the games being evenly distributed on either side (slightly more towards the late end of the spectrum). Comparing the 436 games of the first three weeks of the DPC Leagues to the 3264 professional games of Dota 2 patch 7.27, it can be seen that the graphs are very similar. Patch 7.28 brought in The Aghanim’s Shard and Hoodwink along with a changes to heroes. But there were very few general changes and no changes at all to the gold and experience formulas, due to which the overall flow of games seems to have remained the same.

Even as the transition from week three to week four happens, new strats are showing up. Slark is now being regularly picked up in the mid lane as a counter to Batrider and Dragon Knight is being favored for his laning prowess against Puck. By the end of the season, a lot of new heroes will have made the news for their influence in the DPC League standings and as soon as week six ends, VPEsports will have the in-depth analysis on the second half of the season.