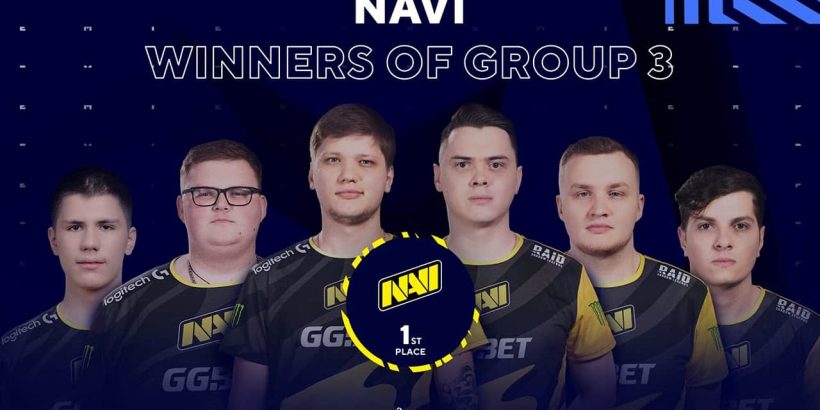 The victory came as a result of a smoke defuse from in-game leader Kirill “Boombl4” Mikhailov. Although things didn’t look too good initially for FaZe Clan on Dust 2, Na`Vi took an early lead with electronic and s1mple completely destroyed the pistol round. The rest of the match didn’t go too well for FaZe.

Continuing the good form, Na`Vi took a dominating 12-3 in the first half. However, some mistakes post halftime almost allowed FaZe Clan to make a comeback in the game.

The second half didn’t start well for Na`Vi, who lost six consecutive rounds to FaZe’s defense. At one stage, the 12-3 had reduced to 12-9, with FaZe Clan almost making a comeback into the map. But much to their chagrin, Na`Vi’s Boombl4 came up with a double kill in B tunnels, closing out the first map 16-10.

Nuke started well despite going down to Na`Vi on Dust 2 in the beginning. The newest entrant in the international team, Russel “Twistzz” Van Dulken paved the way for FaZe in the concluding match of his first event with the team.

After helping FaZe Clan get an outstanding 10-5 CT side, along with a compelling 17-5 scoreline of his own, the former Team Liquid player went into halftime. FaZe, however, repeatedly lost to Na`Vi’s game-changing plays on Nuke, as perfectly illustrated by Egor “flamie” Vasilev’s one-on-three clutch.

After the teams switched sides, FaZe Clan was clearly less rehearsed on the attacking side of the map. By round 23, The Ukrainian team had brought the scoreline on 11-11 before crushing out the final rounds it needed for the win. However, the end of Blast Premier’s group C was not so interesting.

Despite having great success and a two-man advantage against Na`Vi on match point, FaZe forgot to shut heaven down. This turned out to be a huge mistake and an opening for Boombl4. Boombl4 effortlessly snuck through heaven and shot down Olof “olofmeister” Gustafsson before hopping on the ninja defuse.

Though Faze had a bad time at the finals, the American team had performed pretty amazingly despite their recent changes. Faze had shown its one of the best performances in months, plus Twistzz seems to be comfortable in the team’s system.

Olof reveals this Tournament will be his last with FaZe

As an inevitable result of the match, Na`Vi won 2-0. After the results were out, olof revealed he won’t be playing in future tournaments with FaZe. With BLAST Premier being his last appearance as the team’s member. FaZe Clan seems to have already replaced olof with Finn “karrigan” Andersen as its new fifth, olof said he isn’t certain about his own future plans.

It remains to be seen whether or not olof will continue to compete, but if his performances at BLAST is anything to go by, he still has what it takes to be in a competitive play.

However, Na`Vi has once again proved itself as a threat at CSGO’s top-level; especially with their key players Valerii “B1T” Vakhovskyi and s1mple. While BLAST Premier’s group C, B1t had got a 1.26 rating in an impressive single map. And s1mple was the one who led Na`Vi from the beginning at BLAST. The Ukrainian player had brought the scoreline up to 50-26 and had a 1.49 rating, and with just under a 2.0 kill-to-death ratio he finished the finals.

Na`Vi and FaZe Clan will be seen again in the upcoming IEM Katowice 2021 play-ins where they will compete against CSGO’s top teams for the coveted IEM Champion title which begins on Feb 16.