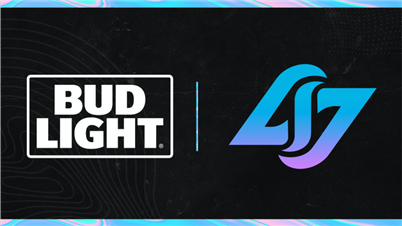 Terms were not disclosed, but Bud Light becomes an official CLG partner. Assets around the deal include naming rights to a streaming studio at CLG’s L.A.-based performance center, as well as brand integration across digital and social platforms.

The integrations will be the presenting partner of LCS virtual viewing parties on the Discord platform, a “Bud Light Cooldown” feature on the CLG Twitter account breaking down the action from matches the prior weekend, and the entitlement to CLG’s digital content series called “Journey.” CLG players will also make monthly appearances on the Bud Light Twitch channel.

CLG says the Bud Light Streaming Studio will be used to livestream content from its players and other influencers.

Bud Light Director of Sports Marketing and Head of Esports and Gaming Joseph Barnes noted in a statement that brand execs are adding CLG to their portfolio because they “believe the platforms we’re collaborating on are going to create a lot of engagement among CLG & esports fans who are 21+, as well as provide a closer look into CLG.”

CLG says it expects Bud Light to promote its e-commerce and at-home delivery service as part of the deal. CLG has teams that compete in League of Legends, Fortnite, Valorant, and Apex Legends among other titles. MSG purchased a controlling stake in 2017.

Anheuser-Busch has been taking an increasing role in gaming sponsorship in recent years, with other partnerships including Twitch, Team Liquid, Fnatic, Overwatch League, and others.