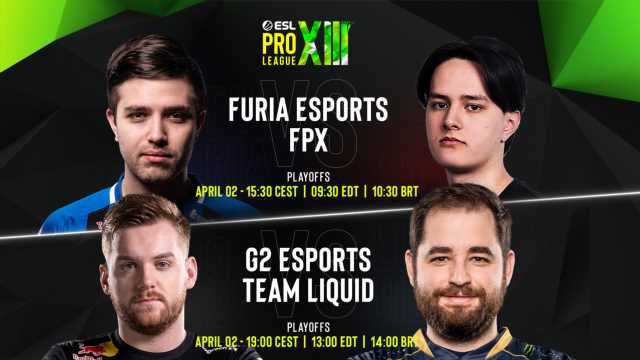 In the group stages of the ESL Pro League, Fnatic, Vitality and BIG had all failed to make it to the playoffs. Now, Gambit continues to dominate after winning IEM Katowice. Here are some top factors to keep an eye out for in the ESL Pro League playoffs.

In their Berlin Major run, Avangar played passive Counter-Strike and excelled at it. They mainly played off of star AWPer Dzhami “Jame” Ali, who held the team. Since then, the team has changed organizations and brought in Mareks “Yekindar” Gaļinskis, a hyper-aggressive player. While playing passive may work for them, teams such as Liquid will dominate if they’re given space. This happened in their latest match against Virtus Pro. Fans will be interested to see whether Virtus Pro sticks to their passive playstyle or utilizes Yekindar and Alexey “qikert” Golubev to play a more fast-paced T side.

ENCE was part of group B. With strong teams, such as Vitality, FaZe and G2 in the group, many expected that they wouldn’t qualify for playoffs. However, ENCE surprised the world with their wins over Vitality and G2, with ex-c0ntact player Lotan “Spinx” Giladi leading the charge. If ENCE performs the same way as they do in groups, they will be a strong team with high upset potential.

Valerii “B1T” Vakhovskyi was originally brought in as a sixth man for Natus Vincere, but with Valve’s ruling on six-man rosters, his future is unknown. In the group stages of ESL Pro League, B1T played on even more maps than before. In the last series against MiBR, he put up 46 kills and helped take the load off star player Oleksandr “s1mple” Kostyliev. With those types of results, and with Denis “electronic” Sharipov transitioning to an IGL role, B1T could take the roles that electronic had and play on more maps than before.

Gambit came into ESL Pro League after winning IEM Katowice and defeating Heroic, G2 and Natus Vincere. In the ESL Pro League, they have kept up the same results. They were one of two teams to go undefeated in their group after taking down Cloud9, Natus Vincere and Furia. While their first match isn’t until April 8, they are expected to win a majority of their matches and maybe even the tournament.

On Friday, Furia will play FPX and G2 will play Liquid. On Saturday, April 3, Virtus Pro will play ENCE and Complexity will take on Natus Vincere. The games will start at 9:30 Eastern Time on both days.